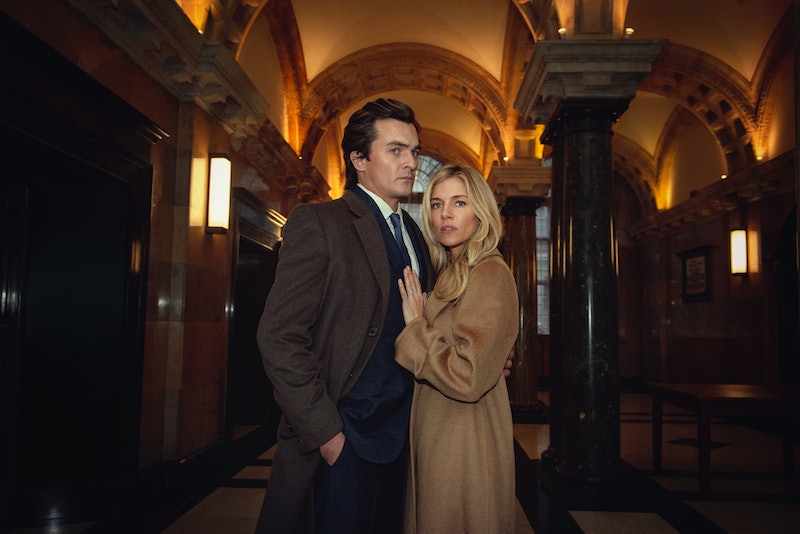 On April 15, Netflix is releasing Anatomy of a Scandal, delivering yet another psychological thriller series to its subscribers. The courtroom drama is set among the British elite, where a fast ascending Parliament minister, James Whitehouse (Rupert Friend), has his trajectory upended after a horrific secret comes to light. Once the secret breaks, his marriage and reputation are both at risk of shattering around him, as accusations of abuse and misconduct are levied in his direction. It’s a premise that can certainly deliver a season’s worth of intrigue and drama, but can it sustain more seasons?

The upcoming series is based on a 2018 novel by Sarah Vaughan. While the series does have source material to pull from, the book the show is based on is a work of fiction. It’s worth mentioning that Vaughn’s novel has no sequels, which means that Anatomy of a Scandal will likely have to fabricate its own stories for future seasons.

According to Deadline, the new Netflix series will be getting more seasons in the future — just don’t expect any continuations between seasons. That’s right: Anatomy of a Scandal is actually supposed to be an anthology series, which means that every subsequent series will, presumably, focus on an entirely new scandal.

The show is the co-creation of Emmy Award winner David E. Kelley and Melissa James Gibson. Gibson has a ton of experience in the world of high society intrigue and scandalous thrillers, having worked on The Americans as well as Netflix’s House of Cards. Kelley, on the other hand, worked on Big Sky, Nine Perfect Strangers, and Big Little Lies, the last of which is particularly relevant, given the topic. Big Little Lies was initially intended to be a single season series but was ultimately be picked up for another season, which means that Kelley will be right at home working on a show that extends beyond its source material. It also helps that the show’s director is S.J. Clarkson, who’s already worked with the streaming service on Jessica Jones. Clarkson also lent her directorial talents to Succession, which bodes well given how well the HBO series navigates high-stakes infamy and intrigue.

Sienna Miller, one of the leads of Anatomy of a Scandal, sang Clarkson’s praises ahead of the premiere. “For me, there’s no way a man could’ve directed this story,” she told Radio Times. “Not to say that there weren’t capable male directors who have the sensitivity, but it just felt right that it was a woman because the show really is about women.” Miller also sounded rather pleased about the six-episode length of the series’ first season: “I don’t really have the attention span for a long-format thing.” It remains to be seen as to whether or not Season 2 will be just as bite-sized as its predecessor, but given the talent in Season 1, the anthology series is certainly positioned for success.

More like this
'The Crown' Season 6 Has Suspended Filming "Out Of Respect" For The Queen's Death
By Bustle Staff
Everything To Know About 'Cobra Kai' Season 6
By Brad Witter
'Love Is Blind: After The Altar' Season 3 Has A Release Date & It's Very Soon
By Grace Wehniainen
All The ’70s Easter Eggs You Missed In 'That ’90s Show'
By Grace Wehniainen
Get Even More From Bustle — Sign Up For The Newsletter
From hair trends to relationship advice, our daily newsletter has everything you need to sound like a person who’s on TikTok, even if you aren’t.