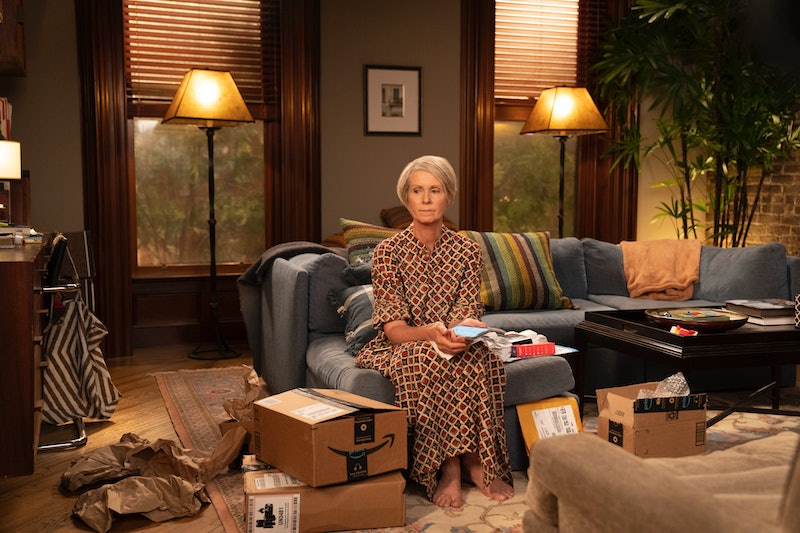 Of all the women on Sex and the City, Miranda Hobbes was the most focused on her career. She was more intent on climbing the corporate ladder than finding a life partner, and while men were a nice accessory, they weren’t her end goal. So it was ironic that she hewed the closest to the idea of “having it all” by the end of Sex and the City’s six seasons. She had the husband, the baby, the high-powered job. She even moved to Brooklyn!

That was 17 years ago. And when the HBO Max reboot And Just Like That picks up, many of the original’s happy endings have been untidied. Carrie’s long teased out love story is brutally undone by Big’s sudden death; Charlotte, whose deepest wish was for a picture-perfect family, is struggling to come to terms with her youngest child’s gender identity. But what Miranda is facing is more complicated than an unrealized dream, more insidious and hard to solve. What if you get the nice husband, the cute kid, and the mega-successful career (not to mention the brownstone and lifelong friends) only to realize that none of it makes you happy?

When we find Miranda in AJLT, she’s on uncertain footing. She quit her Big Law job; the cute baby has grown up to be a horny teenager way too comfortable having sex in his parents’ house; and her own marriage is sexless. She’s drinking too much, maybe out of some lingering habit from the pandemic, as she suggests, or maybe because she’s trying to drown out her own dissatisfaction. In the most recent episode, though, she can no longer ignore it. A simmering flirtation with Carrie’s boss, Che, becomes a full-on affair when Che gives her the best orgasm of her life in Carrie’s kitchen. When she left her job, Miranda did it with her signature practicality intact, immediately enrolling at Columbia to retrain as a human rights specialist. This was reckless, spontaneous. “I’m trapped,” she screams at Carrie, her post-coital afterglow quickly giving way to distress. “I hate my marriage.” She’s not blowing up her life on a whim; it’s an act of desperation after a long period of complacency.

In some ways, Miranda’s is AJLT’s most satisfying storyline because she’s not reacting to interference from the outside world. Carrie and Charlotte aren’t unsure of what they want; they’re just struggling with not getting it. Miranda is lost. “I don’t want to be this person anymore…this isn’t enough,” she tells Carrie. The future she thought she wanted turns out not to be what she wanted at all, so she’s rearranging her life and seeking out better fits. She wants a more civic-minded career, she thinks; maybe her sexuality is different or more fluid than she previously thought.

In the original Sex and The City, Miranda always seemed certain, independent, and fulfilled on her own terms. Now, she’s in her 50s and floundering. As cringey as it is to watch her fumble people’s pronouns, it’s encouraging to see someone try again and again to get new things right. Most characters Miranda’s age are settled into their lives; this is when we stop hearing their stories. But Miranda? She feels poised for an audacious third act.