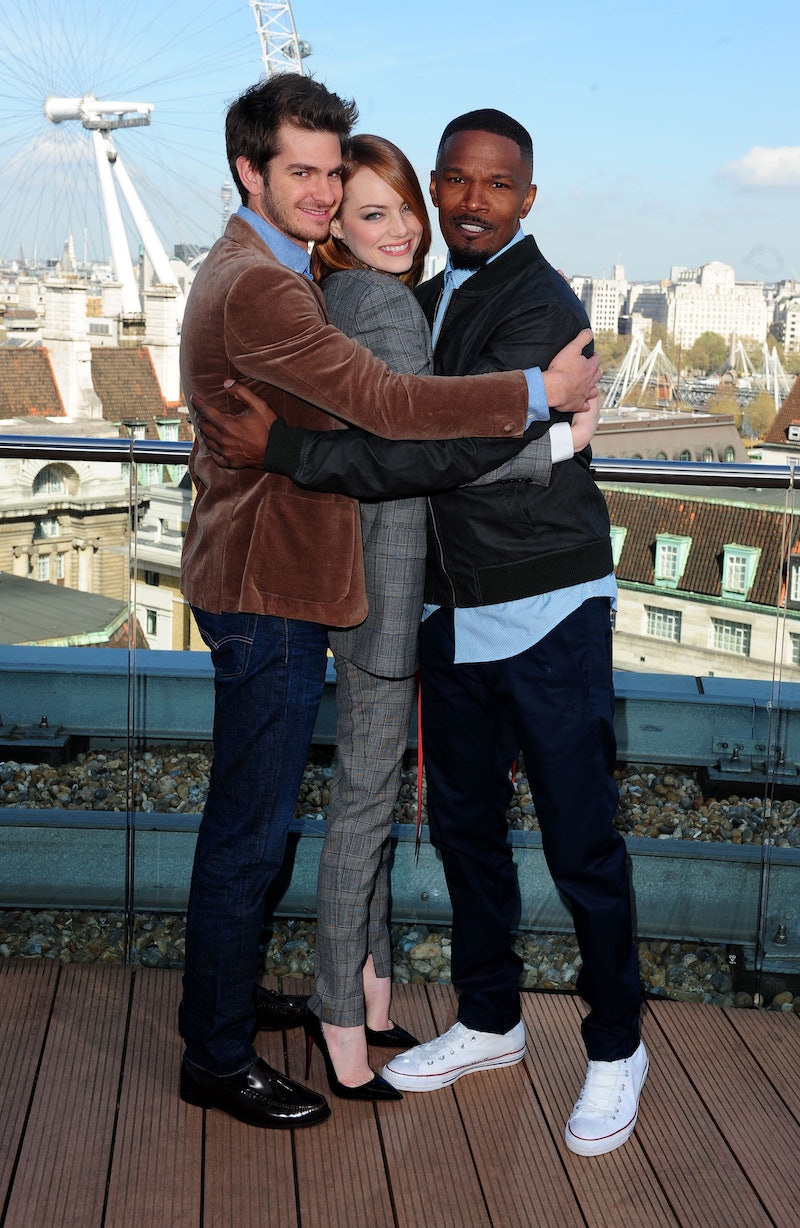 Spoilers ahead for Spider-Man: No Way Home, though you’ve almost certainly already heard (or seen for yourself): Andrew Garfield lied to us. But in his defense, the tick, tick... BOOM! star had a good reason: he simply wanted to maintain the surprise of his hugely anticipated role in Spider-Man: No Way Home. Even though many fans had a pretty good Spidey sense that Garfield would, in fact, return in December’s threequel, he kept up the charade for everyone who asked — including, apparently, his ex-girlfriend (and Gwen Stacy herself) Emma Stone.

During a Jan. 17 appearance on Josh Horowitz’s Happy Sad Confused podcast, Garfield revealed that Stone had tried to check in — surely, like all of us, she’d seen the rumors and leaks. “Emma kept on texting me,” he said. “She was like, ‘are you in this new Spider-Man film?’ And I was like, ‘I don’t know what you’re talking about.’ She was like, ‘shut up, just tell me.’ ... I kept it going even with her.” Hey, this is a Golden Globe, BAFTA, and Tony Award-winning actor we’re talking about.

Every great performance has to end sometime, though. “She saw it, and she was like — you’re a jerk,” Garfield recalled, laughing.

Though Stone wasn’t in the film herself, she definitely helped inspire Garfield’s emotional performance. As you might remember, Stone’s Gwen Stacy fell to her death in The Amazing Spider-Man 2 — Garfield’s Peter Parker was not able to save her, despite some very swift web-slinging. So when he was able to rescue No Way Home’s MJ from the same fate, changing his technique so that he physically catches her mid-fall, it was a moment of redemption: one that this Peter was not fully able to process. “I need you to tell me that I did [save you], because I’m not seeing you in my arms right now. I’m seeing Gwen not breathing in my arms right now,” Garfield said of the scene.

After MJ confirms that yes, she’s OK, “you kind of feel Gwen’s hand on Peter’s back a little bit, going, you can rest now,” Garfield said. “There’s that cosmic thing that happens.”

Garfield also credited Zendaya with a creative decision that took things to the next level: “She saw what I was doing, and the effect it was having, and she’s just a sensitive human being … whether it was improvised, or whether it was just her idea to say that in the writing, to check in on me, to ask if I was OK. That was all her.” As if this movie wasn’t emotional enough...