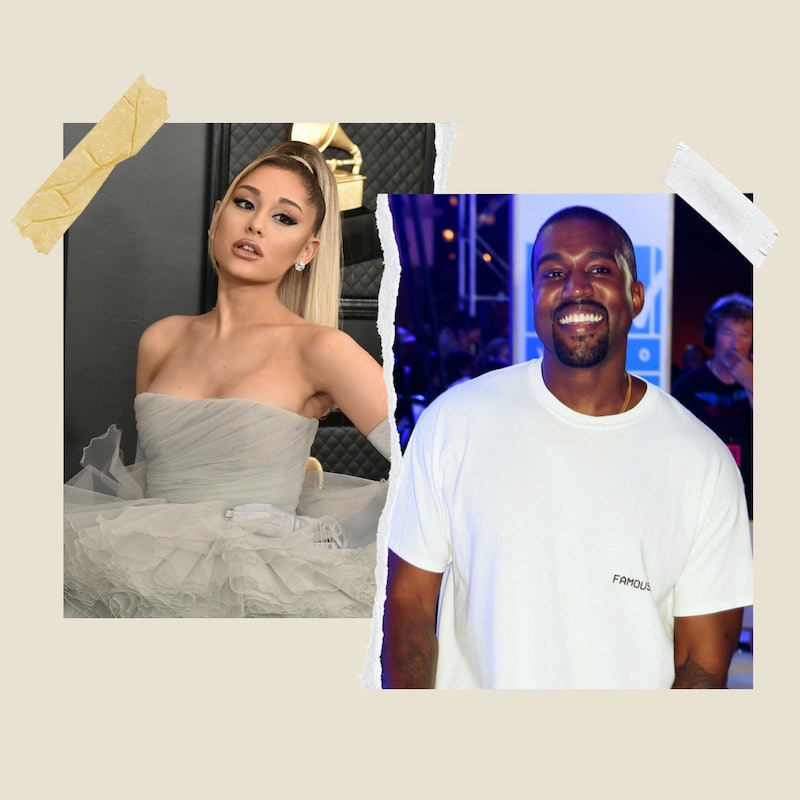 If you thought you heard Ariana Grande’s whistle notes on Kanye West’s new album, think again. Immediately after the release of Donda on Sunday, Aug. 29, rumors started swirling that the “Positions” singer was featured on the title track. But alas, it wasn’t the pop star’s pitch-perfect vocals fans were hearing; it was the stunning voice of Grammy-winning recording artist Stalone.

“You sound beautiful @thestalone,” Grande wrote on her Instagram Stories, shutting down speculation that it was her on the track. Along with the congratulatory caption, the “34+35” singer shared a photo of Stalone laying down the vocals on “Donda” behind the scenes. Stalone also took to social media to address the rumors herself. “I love Ari and so grateful that my vocals would even be compared to hers,” she tweeted.

It’s entirely possible that the rumor didn’t start among fans on Twitter. According to Elite Daily, Genius briefly listed the “7 Rings” singer as a collaborator. The error has since been corrected, but the internet ran with it. “Ariana carried Donda,” one person tweeted upon hearing the song for the first time. “I can hear Ariana Grande on the Donda track at 1:47,” another fan wrote.

While some were convinced that it was Grande’s voice on the song, others didn’t believe the rumors from the get-go. “Remember when some of y’all thought Ariana did the background vocals on Donda?” someone tweeted. Others demanded that fans give credit where credit is due. “The way it just isn’t Ariana on Donda,” Twitter user @cudisreborn wrote. “Get Stalone’s name in ur mouth and give her the credit she deserves instead.”

Despite all of the rumors, many fans were relieved that the “Thank U, Next” singer wasn’t actually featured on the album. West has long been a controversial figure in the music industry, and he’s currently facing backlash for bringing out Marilyn Manson and DaBaby at his Aug. 26 listening party in Chicago. Manson recently turned himself in following charges of sexual assault, and DaBaby came under fire for homophobic comments that he made at Miami’s Rolling Loud festival earlier this summer.

Apart from inviting Manson and DaBaby onstage, West has also been criticized for hosting such large-scale events amid a global pandemic. According to NBC, city officials in Chicago said that proof of vaccination and negative COVID-19 tests were not required to enter the listening party. And even though the stadium’s capacity was cut in half, putting so many people in one place could be very dangerous as the Delta variant continues to spread across the country.

More like this
Kanye West Apologizes To Kim K "For Any Stress I Have Caused" In Rare Interview
By Jake Viswanath
Kanye West Revealed The High Percentage Of Time Kim Kardashian Raises Their Kids
By Brad Witter
Twitter Is Freaking Out Over Rihanna’s 2023 Super Bowl Halftime Show Announcement
By Stephanie Topacio Long
Everything To Know About Taylor Swift’s 10th Studio Album, 'Midnights'
By Grace Wehniainen and Jake Viswanath
Get Even More From Bustle — Sign Up For The Newsletter