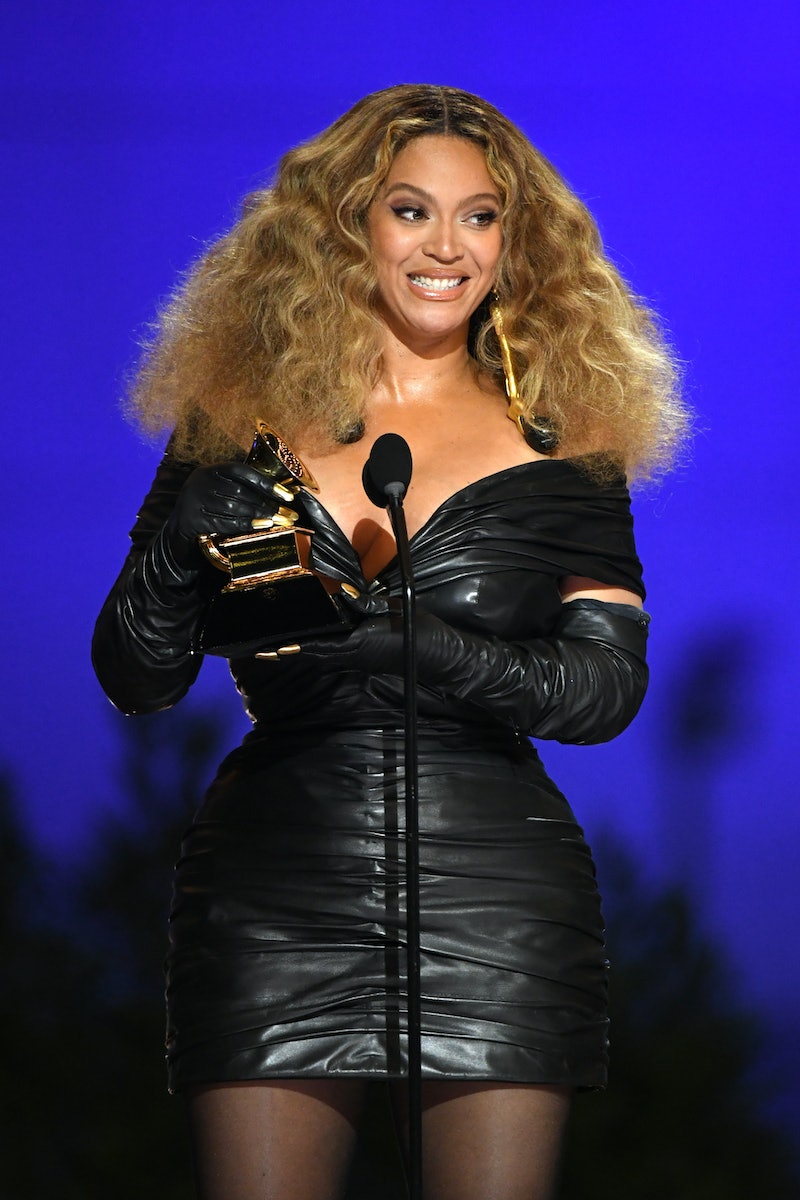 From ABBA to Taylor Swift, it’s always exciting when one of your favorite musicians joins TikTok — and the platform’s latest high-profile user proves that you don’t need even need to post to attract a following. Well, not if you’re Beyoncé, that is. The “Be Alive” singer, who recently became the most-awarded woman in Grammy history, has amassed more than 600,000 followers (and counting) with nothing more than a name, profile picture, and blue check mark.

If you were one of the first fans to catch on to Beyoncé’s TikTok presence, a screenshot of her nascent follower count is almost social currency at this point. “I feel honored to be in the first 10,000 followers of Beyoncé’s official TikTok account,” wrote one user on Dec. 16. Another celebrated by writing, “BEYONCE MADE A TIKTOK ACCOUNT AND I WAS THE FIRST 5000 FOLLOWERS LETS GOOO.” Later, when Sony Music gave the new account a shoutout on Dec. 17, Queen Bey had nearly 20,000 followers — so her growth over the last few days is *checks calculator* pretty meteoric. But hey, it’s Beyoncé.

But why is she joining the app now? That depends on who you ask. Optimistic fans are pointing to promotion for a new album, or at least a single. Beyoncé did, after all, announce that new music is on the way earlier this year. “With all the isolation and injustice over the past year, I think we are all ready to escape, travel, love, and laugh again,” she told Harper’s Bazaar in August. “I feel a renaissance emerging, and I want to be part of nurturing that escape in any way possible. I’ve been in the studio for a year and a half.” It wouldn’t be the first time Beyoncé surprised us with a holiday gift, of course — eight years ago this December, her iconic, self-titled album dropped in the early hours of Dec. 13. History could repeat itself, if we’re lucky.

But more guarded fans seemed skeptical, suggesting that Beyoncé’s new social presence could be tied to promoting her Ivy Park clothing line rather than new music.

Whatever Beyoncé has planned for TikTok, her growing following will be there to watch. And even if this isn’t the first sign of a surprise album drop, you can follow Queen Bey’s words of wisdom to get you through the wait. Remember — as she told Harper’s, “Yes, the music is coming!”