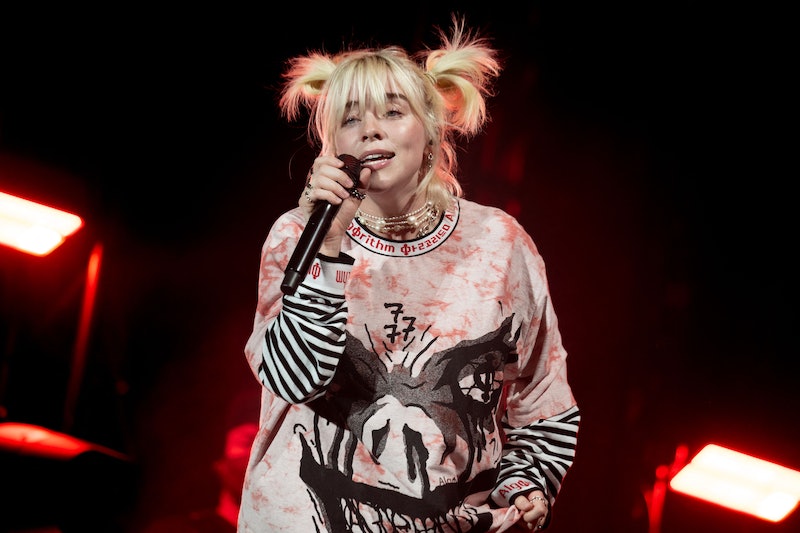 In her Saturday Night Live hosting debut, Billie Eilish tackled one of the most discussed things about the artist: her wardrobe. During her SNL monologue in the Dec. 11 episode, Eilish tackled her signature baggy clothes head-on — while dressed in the most oversized Mrs. Claus look that you’ve ever seen.

“If you don’t know me for my music, you may know me for my hair or for my clothes,” she told the crowd. “That is why I decided to dress like Mrs. Claus going to the club.” Eilish then revealed her actual motivation for constantly wearing baggy clothes. “The reason I started wearing oversized clothes back then is because I was actually two kids stacked on top of each other trying to sneak into an R-rated movie,” she joked.

The Grammy-winning singer went on to explain how she wanted to start acting as a child, but that dream was ended after her mother wrote a movie about her life and cast Eilish’s brother Finneas as her son — but left out the fact that she had a daughter. Cue Eilish’s mom, who came on stage dressed in a “Finneas’ mom” sweatshirt. Needless to say, she didn’t think hosting SNL wasn’t an attainable goal for her until now.

For her first performance of the night, Eilish gave a rousing rendition of her most recent hit, “Happier Than Ever,” which was just nominated for multiple Grammys, including Record and Song of the Year. The singer started out lounging in a lush living room set, before the walls pulled out to reveal the SNL audience. As the song built up to its thrilling catharsis, Eilish gave “rocking out” a festive twist, turning the show’s holiday decorations into a hard rock light show.

Later in the episode, Eilish returned for her second musical number, “Male Fantasy,” the latest single from her sophomore album, Happier Than Ever. This time, she stripped things back, performing the devastating ballad while sitting on the ground, with only Finneas backing her up on acoustic guitar. While Eilish can certainly pull out a mind-bending spectacle, like her first SNL performance of “Bad Guy” in 2019, this proved that she can be just as powerful with just her voice.