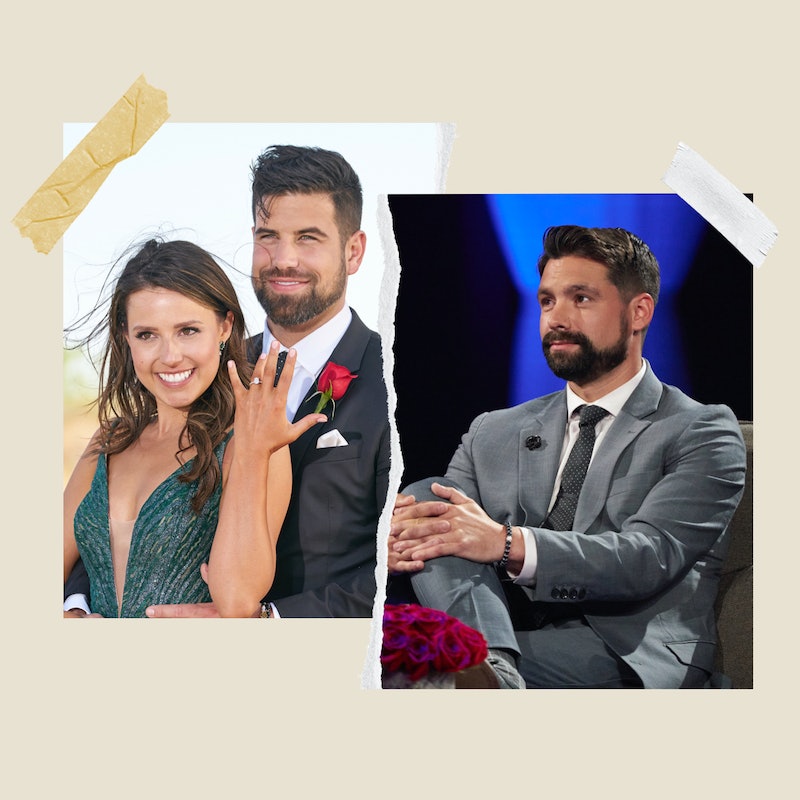 If you thought things couldn’t get more awkward than Tayshia Adams helping her ex select an engagement ring for Katie Thurston on The Bachelorette, just you wait. During an Aug. 10 interview with Access, Season 17 winner Blake Moynes was asked how he felt about fellow contestant Michael A. leaving thirsty comments on Katie’s Instagram. Spoiler alert: not great.

“I mean, I chuckle at it,” Blake said before giving Michael A. the benefit of the doubt. “Listen, what I can chalk it up to is just assuming he was hoping or thinking that she was potentially single? Otherwise it’s kinda a, a shady move! So let’s just assume that he didn’t think she was with anybody.”

While it remains unclear if Michael knew that Katie left The Bachelorette engaged, what we do know is that even after leaving the show, he had a major crush on the reality star. In a now-deleted comment on a photo of Katie in lingerie that was captured by Instagram account @bachelornation.scoop, the 36-year-old business owner made his feelings known.

“Can’t say what I’d like to...” Michael allegedly wrote alongside two fire emojis. This wasn’t the first time he expressed his feelings toward the Season 17 lead after the show. During the Men Tell All special on July 26, the single dad said that he would “100 percent” be interested in rekindling their romance. “Katie and I just had this connection that happened right off the beginning, and looking back at it now, nothing’s changed,” he said.

Unfortunately for Michael, some things did change, and Katie and Blake are now engaged. However, it wasn’t until their fantasy suite date that Katie knew was in love. “It was really the night of the overnight dates when we expressed that we loved each other,” she told Access, explaining that the uninterrupted time off-camera helped them bond. “It’s private and it really solidified our relationship,” she said. “And in that moment I was like, ‘This is my guy.’”

Blake, for his part, knew that he and the 30-year-old bank marketing manager would hit it off pretty early on. “It was seeing how much that we aligned and our openness and how confident we were and decisive... I was a lot like that on the season I was on prior, and I recognized a lot of the same things in Katie,” he said, adding that much of Bachelor Nation felt the same.

Ultimately, Blake felt he had no choice but to take yet another chance at love after dating both Tayshia and Clare Crawley on Season 16. “I just felt like I had to pull the trigger and see if this could be what I think it could,” he said. “And right off the bat it was, and it just continued to be that way and it gets stronger and stronger every day.”