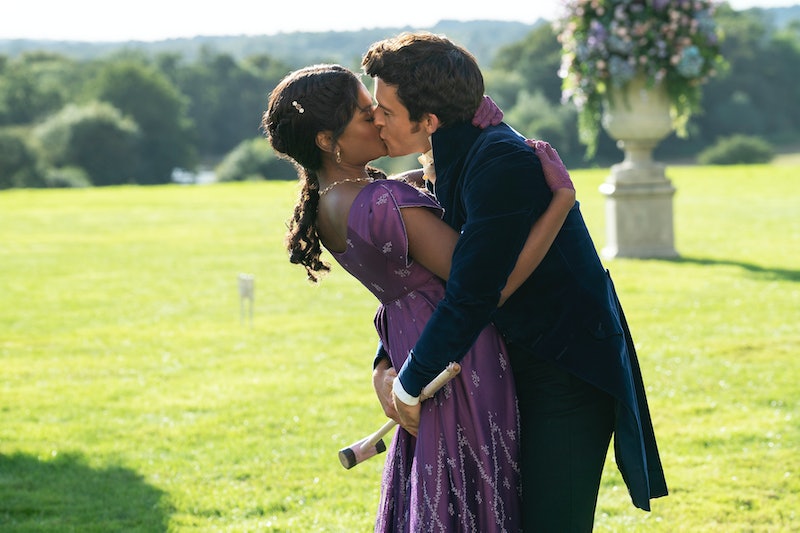 Sadly, no amount of lily perfume or Regency garb can make Anthony Bridgerton — or any of the dreamy moments in Bridgerton Season 2 — real. But traveling to the real Bridgerton filming locations (ideally with classical Harry Styles playing through your headphones on the plane) can get you closer than most. And you probably won’t be the only one making the pilgrimage. Google searches for stately homes in the United Kingdom are up 23 percent from last month, The Guardian reports, citing data analyzed by The French Bedroom Company — so if you’re trying to figure out where to travel for the full Bridgerton experience, you’re in good company.

The Guardian also spoke to operations staff behind several such homes, and they confirmed that Bridgerton has had a tangible impact on the IRL locations its characters call home. After the show first premiered, visitors to the website for Ranger’s House — which serves as the exterior for the Bridgertons’ London home, the spiritual heart of the ton — jumped by 81%, according to English Heritage London’s Chris Small. “We have even seen some fans of the show pose outside the gilded gates to the house, in full Georgian costume,” he said.

And even though the Duke of Hastings was MIA in Bridgerton Season 2, his stunning home is still worth a visit. Exteriors for his Clyvedon estate were filmed at Castle Howard — for which online visitors aged 18-24 increased by 3,408% after Bridgerton debuted, per Abbi Olive, marketing sales and programming head. “As attractions open up and travel and tourism recover post-pandemic we do expect to see an uplift in visitor numbers due to the Bridgerton factor,” she told The Guardian.

The travel trend has been reported in other areas of the United Kingdom, too. In February 2021, Kathryn Davis of Visit Bath told BBC that there was an online traffic boost to places like The Holburne Museum and The Assembly Rooms (which combined to create Lady Danbury’s home) and No. 1 Royal Crescent, too, an iconic period backdrop.

Of course, if you want to relive specific moments from Season 2, you can start by visiting Windsor Great Park — which, Town & Country reports, is the free, publicly accessible park where Kate and Anthony went hunting together, and where Kate fell from her horse before Anthony carried her home. As production designer Will Hughes-Jones told the magazine, that pivotal scene came to be with the help of a mechanical horse and huge rain machine.

Meanwhile, the Bridgertons’ country house of Aubrey Hall was filmed at Wrest Park in Bedfordshire, and you can purchase tickets if you’re craving a visit. And let’s be honest: Aren’t we all?