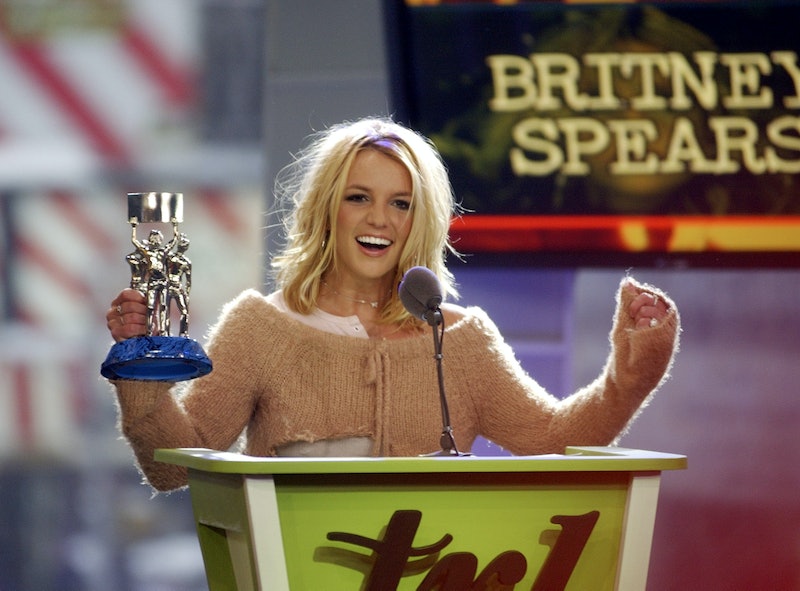 President Joe Biden needs to prepare himself and his staff because Britney Spears might be coming to the White House. On Feb. 16, Spears posted a surprise letter that she received in December 2021 from U.S. Representatives Charlie Crist and Eric Swalwell inviting her to speak in front of Congress members about her 13-year conservatorship, which finally ended in November 2021. “I was immediately flattered and at the time I wasn’t nearly at the healing stage I’m in now,” she captioned the post. “I’m grateful that my story was even ACKNOWLEDGED !!! Because of the letter, I felt heard and like I mattered for the first time in my life!!!”

In their letter, Crist and Swalwell invited Spears to speak more in-depth about the “emotional and financial turmoil” she suffered under her conservatorship, after she first spoke out against it in June 2021. Spears was put under the legal arrangement in 2008, meaning her personal and financial liberties were stripped and her conservator, which was primarily her father Jamie, was put in control of all aspects of her life. “Your journey toward justice will inspire and empower many others who are improperly silenced by the conservatorship process,” the letter states, adding that “many concerning issues that are commonplace in the guardianship and conservatorship process were brought to light” thanks to her case.

Spears went on to reiterate a sentiment that she expressed in November after her conservatorship was lifted: she is not a victim, but she does want to help those who are even more vulnerable to the system than she was. “Again, I’m not here to be a victim although I’m the first to admit I’m pretty messed up by it all,” she wrote in her caption. “I want to help others in vulnerable situations, take life by the balls and be brave !!! I wish I would have been.”

Spears captured the nation after bravely speaking out against her conservatorship in court for the first time in 2021. During her emotional testimony, the singer alleged that she was held against her will in a mental health facility and put on lithium in early 2019 after simply wanting to change one dance move during rehearsals for her planned Las Vegas residency Domination, which was later scrapped. Spears also alleged that her then-conservator, father Jamie, forced her to wear an IUD that prevented her from becoming pregnant. In a second testimony in July 2021, she claimed that Jamie would punish her by taking away coffee, vitamins, and her driver’s license at his will.

The conservatorship was the subject of many documentaries, including Hulu and The New York Times’ Framing Britney Spears and its sequel Controlling Britney Spears. In the second film, it was alleged that Spears’ father had her bedroom tapped with a recording device and monitored her iPhone activity through an iCloud account. These allegations motivated Spears’ attorney Mathew Rosengart to push for Jamie’s immediate suspension from the conservatorship, which was granted on Sept. 30 before Spears finally became a free woman in November.

Spears has yet to give a formal response to the invitation. She kept it vague on Instagram as to whether or not she would accept. “In the meantime, thank you to Congress for inviting me to the White House,” she said to end her caption. But given how honored she was to receive the letter, and her shared desire to help others, don’t be surprised to see Spears posing with Biden, Crist, Swalwell, and other politicians at the White House in the future.

More like this
Britney Spears Shares & Deletes Photos Of Justin Timberlake From 22 Years Ago
By Jake Viswanath
Britney Spears Shared The Real Reason She Shut Down Her Instagram Account
By Brad Witter
20 Years Ago, J.Lo Was Supposed To Kiss Madonna With Britney At The VMAs
By Jake Viswanath
Harry Styles Is Performing At The 2023 Grammy Awards
By Jake Viswanath
Get Even More From Bustle — Sign Up For The Newsletter
From hair trends to relationship advice, our daily newsletter has everything you need to sound like a person who’s on TikTok, even if you aren’t.