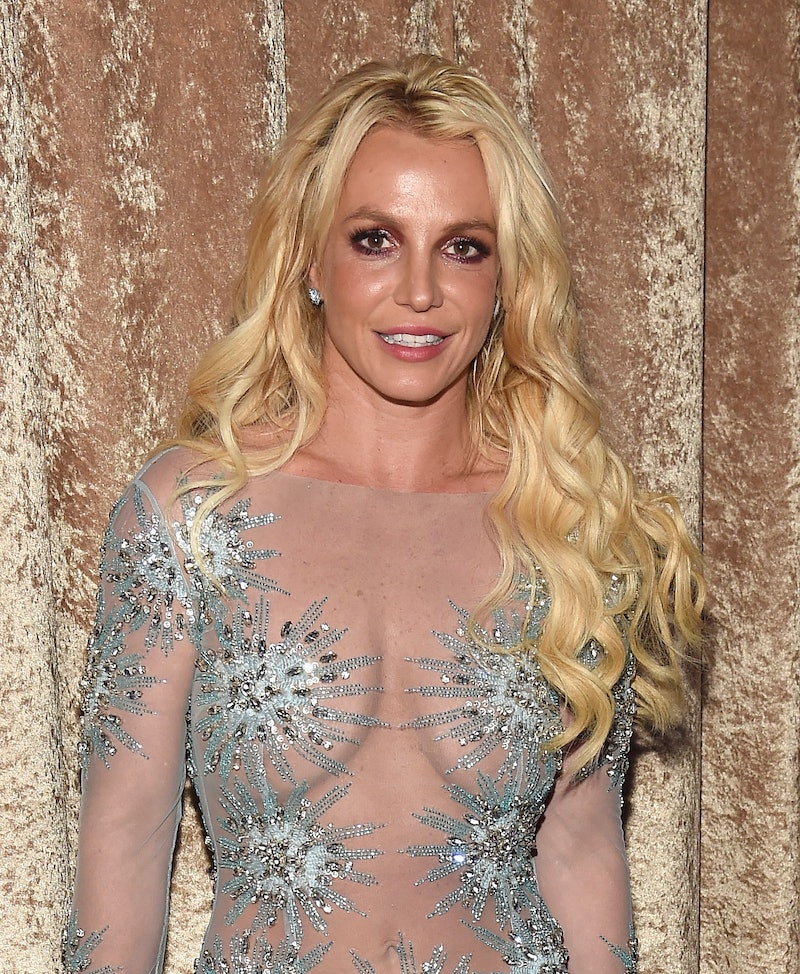 Jamie Lynn Spears probably shouldn’t wait around for an invitation to Britney Spears and Sam Asghari’s wedding — and neither should her parents. According to Us Weekly, the “Toxic” singer has already begun planning her nuptials and making the guest list, which reportedly does not include her family.

“Britney can’t wait to get married and truly start her life,” an insider reveals in the magazine’s latest issue. “They’ve already begun planning, and she is so happy she gets to finally make these decisions.” The source added that “as of now, there will be none of her family who is invited to wedding.” Bustle has reached out to Spears’ reps for comment and will update this story accordingly.

Spears’ decision to leave her family off the guest list shouldn’t come as much of a surprise. Last month, the 40-year-old pop star was released from her conservatorship after 13 years. During that time, her father, Jamie Spears, maintained control over her finances, her health care, and other personal matters. In her June 23 court hearing, Spears called the legal arrangement “abusive” and compared her father to a “sex trafficker.”

In her testimony, Spears claimed that she was held at a mental health facility against her will in 2019 after attempting to change a dance move during rehearsals. She said that her therapist was called, her medications were switched, and she was not allowed to leave for a month. Even worse is that no one intervened on her behalf. “Not only did my family not do a goddamn thing, my dad was all for it,” she said, per The Hollywood Reporter.

Spears also said that her father “loved the control” he had over her, which included forcing her to wear an IUD to prevent her from having another child. And even though she “lied and told the whole world ‘I’m OK, and I’m happy,’” it couldn’t have been further from the truth. “I’m not happy,” she said. “I’m so angry. It’s insane. And I’m depressed. I cry every day.”

After the court hearing, a lot went down between Spears and her family. In July, she blasted friends and family who “never showed up” for her. She also wrote that the conservatorship “hurt [her] deeply” and mentioned some of the ways her family has let her down. “I don’t like that my sister showed up at an awards show and performed MY SONGS to remixes,” she wrote, referencing Jamie Lynn’s 2017 performance at the Radio Disney Music Awards.

Last month, after her conservatorship was terminated, Spears posted about being betrayed by her family on Instagram. “This message is to my family ... for hurting me deeper than you’ll ever know !!!” she wrote. Days later, she returned to the social media app to place blame for the legal arrangement on her mother, Lynne Spears. “My dad may have started the conservatorship 13 years ago ... but what people don’t know is that my mom is the one who gave him the idea !!!!” she wrote in a now-deleted post.

“I will never get those years back,” Spears continued, adding that her mom “secretly ruined” her life. “Take your whole ‘I have NO IDEA what’s going on’ attitude and go f*** yourself !!!!” the “Womanizer” singer wrote alongside several middle finger emojis. “You know exactly what you did ... my dad is not smart enough to ever think of a conservatorship ... but tonight I will smile knowing I have a new life ahead of me !!!!”

There’s clearly a lot of tension between Spears and her family at the moment, so it makes sense why she doesn’t want them there on her big day. Asghari — who Spears met on the set of her “Slumber Party” music video in 2016 — officially proposed in September after five years of dating. The Princess of Pop showed off her custom diamond ring in an Instagram video on Sept. 12. “I can’t f*cking believe it!!!!!” she wrote.