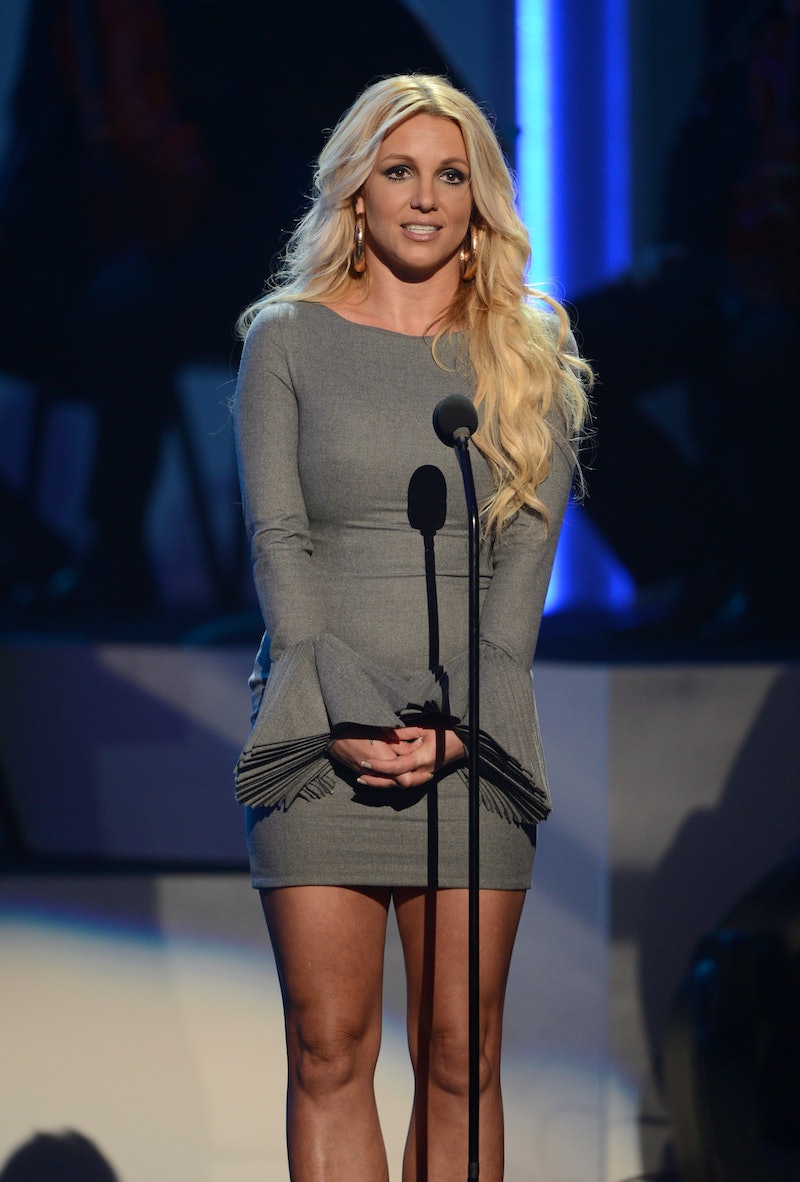 Britney Spears could finally be freed on Nov. 12 after living under a conservatorship since 2008, ending a years-long movement to #FreeBritney from the restrictive legal arrangement. Days before her next and possibly final conservatorship hearing, Spears took to Instagram to share her emotions leading up to the potentially monumental day, posting artwork by Hans Zatzka of a woman in fields of flower petals. “This week is gonna be very interesting for me,” she captioned the post. “I haven’t prayed for something more in my life!!!”

Behind the scenes, Spears has advocated for the end of her conservatorship and the removal of her now-former conservator, father Jamie Spears, for years. The public only starting hearing Spears fight against the arrangement in June during an emotional court testimony, where she accused Jamie of admitting her into a mental health facility against her will, putting her on lithium, and forcing her to wear an IUD to prevent pregnancy, among other accusations of abuse. The singer was finally granted the ability to hire her own lawyer in July.

As promised, attorney Mathew Rosengart quickly fought to remove Jamie as conservator of Spears’ estate and start the process of terminating the conservatorship. This happened in a Sept. 29 court hearing, when Spears’ father was suspended immediately, and a hearing was scheduled for Nov. 12 to determine whether the conservatorship would be terminated. In the meantime, Rosengart has pledged to investigate Jamie, with the court demanding that he hand over all documents and correspondence during his time as conservator.

Since speaking out publicly, Spears have been much more vocal about what she experienced during her conservatorship on social media, and her family’s part in the arrangement. The singer addressed how she vented her frustrations online, explaining that she was only human. “I know I’ve said some things on my Insta out of anger and I’m sorry but I’m only human,” she wrote, “and I believe you’d feel the same way if you were me !!! Anyway it’s a new day and I can’t say I’m never going to complain again... cuz who knows!!! God bless you all and have a great day.”

Although she is praying for a good outcome, it is not known whether Spears will attend the Nov. 12 hearing. Given Judge Penny’s decision to suspend Jamie permanently, many fans expect the court to terminate the conservatorship altogether, which the singer’s lawyer agreed to in an Oct. 28 court filing. “It is respectfully submitted — with the consent of all parties — that the time has come,” he wrote.

A legal expert told USA Today that the conservatorship over Spears’ person will likely end, lifting many of the personal restrictions put upon her, but that the conservatorship of her estate may stay in place for the time-being due to numerous financial issues that have not been resolved, including payments of legal fees. The possibility of Spears slowly gaining back control of her finances, with the help of advisors of her choosing, was also mentioned. According to The New York Times, a second hearing has already been set for Dec. 8 to resolve outstanding financial matters. While Spears may be free on Friday, she still has a long journey ahead of her.