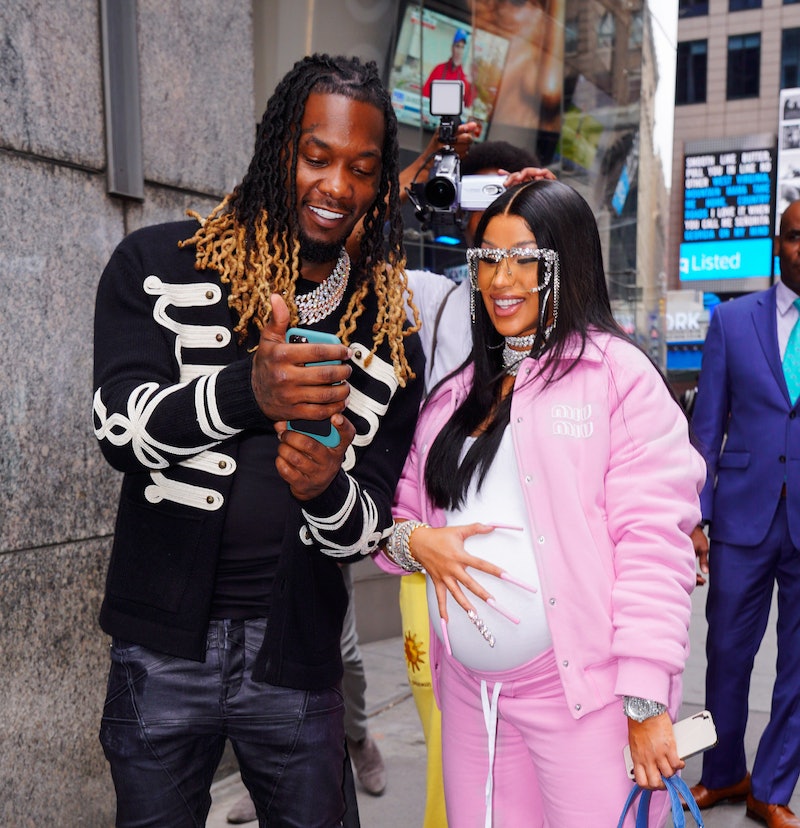 No stranger to making a splash, Cardi B and Offset finally announced their 7-month-old son’s name: Wave Set Cephus. After she and the Migos rapper simultaneously shared the first photos of their boy’s face on April 14, Cardi also explained who came up with the unique moniker. “When Set suggested Wave, I was sold!” the Invasion of Privacy Grammy winner tweeted the same day, showing off an impressive diamond-emblazoned chain. “THAT HAD TO BE HIS NAME!”

The couple had also already posed for family photos with Wave, who was born on Sept. 4, and their 3-year-old daughter, Kulture, for Essence magazine’s May/June 2022 cover, which dropped hours later. (Also joining them for the photo shoot were Offset’s three children from previous relationships: Kalea, 7, Kody, also 7, and Jordan, 12.) As the “I Like It” rapper explained during the interview, though, she and Offset never would have had kids together, had he not accepted her marriage ultimatum first.

After first linking up in early 2017, Cardi said she had no interest in dating an “industry rapper” as her career launched and would have been embarrassed to be seen in public with him if he wasn’t “serious about” her. Their romance turned out to be genuine, however, and by September the same year, Offset was already talking about babies in the bedroom of his Atlanta home. “We were making out and he was like, ‘You’re going to have my baby one day,’ and I was like, ‘We ain’t having no baby. You have to marry me,’ and he was like, ‘Alright, let’s get married,’” Cardi recalled to Essence.

After the conversation later took a left turn, however, Cardi decided to test his sincerity, adding, “I was like, ‘Let’s just get married then. You said you wanted to marry me.’ And we did.” Indeed, they got married on the spot, though word didn’t get out until about nine months later. In spite of the secret marriage, Offset publicly proposed to Cardi on stage the following month, and they eventually welcomed Kulture, their first daughter together, in July 2018.

After the Essence cover dropped, she shared the images on Instagram, writing in a caption, “Thank you to everyone who helped make this happen for me and our family. I love having a huge family with all of our kids and I’m grateful that we are making our blended family work.” Continuing on to credit those who contributed to the photo shoot, she hilariously included Offset, acknowledging him for her “Cute Ass Kids.” His post was more succinct, but with the caption, “FAMILY MAN,” he made it clear that he’s proud of their little clan, too.

Despite a temporary split in late 2018 and early 2019, Cardi feels she and her husband are now “locked in for life,” as she told Essence. The two even got their wedding date tattooed on them for Valentine’s Day 2022 and captured the experience for Cardi’s Facebook Watch series, Cardi Tries. It looks like putting marriage on the table worked out well for them all.