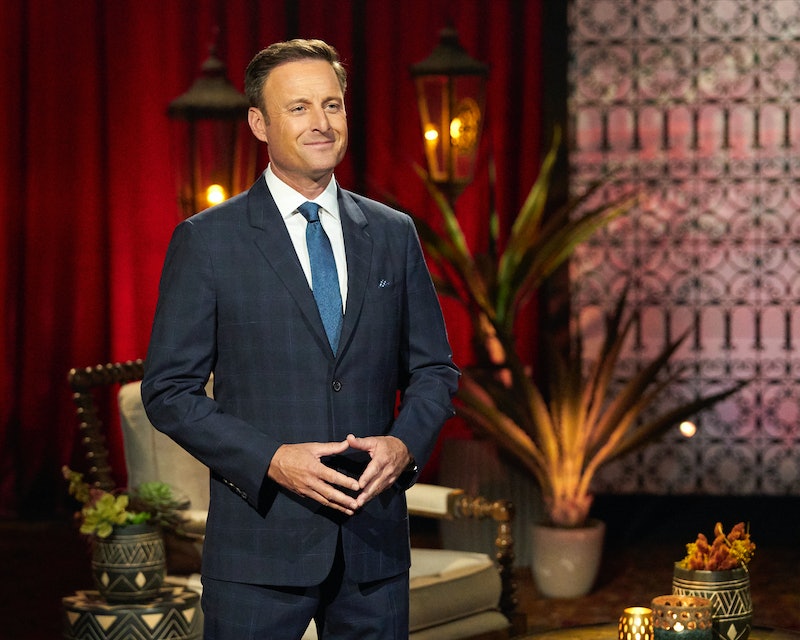 After being let go from his job as host of The Bachelor in 2021, Chris Harrison is no longer staying quiet. On the first episode of his new podcast The Most Dramatic Podcast... Ever, which premiered on Jan. 9, Harrison spoke out for the first time about his Bachelor exit. He revealed that he had lost 20 pounds from being “embarassed” about the debacle. “I lost 20 pounds. I didn’t sleep, I didn’t eat,” he recalled. “It was just one gut-punch after the other, and mentally and physically, I deteriorated pretty bad.”

Harrison was fired in June 2021 after an Extra interview with former Bachelorette Rachel Lindsay that he now calls “infamous,” in which he attempted to defend contestant Rachael Kirkconnell, who came under fire for resurfaced photos showing her at an antebellum-themed plantation party in 2018, as well as dressing as an indigenous person. Rather than denounce her actions, he asked fans to give “a little grace, a little understanding,” and did not back down when Lindsay, the first Black Bachelorette, countered that it was “not a good look.”

“I was heartbroken. I was gutted,” he said about his departure. “I was embarrassed. I was mad at myself. I was disappointed in myself. The last thing in the world I ever wanted to do was be an agent of anything negative — whether it had to do with race or anything.”

Kirkconnell apologized for her actions and went on to win the heart of Matt James, the first Black Bachelor, but the photos caused the couple to briefly split before James forgave her and they reconciled. The former host does not regret apologizing for his actions, calling it “warranted,” but stated that there was nothing he could have done to save his job. “I had no problem putting out that first apology,” he said. “But there was just so much noise at the time, it just didn’t matter. Apologies didn’t matter. Even after that apology, we were still at ground zero. It was confusing and it was scary.”

Harrison went on to describe the aftermath of his firing, saying he and fiancée Lauren Zima went to great lengths when leaving their home due to the amount of paparazzi surrounding them. “I would sneak down the hill of my house through my neighbor’s backyard and my buddy would pick me up,” he recalled. He also expressed dissatisfaction with him becoming “synonymous with this political, lightning-in-a-bottle moment,” referring to the cultural reckoning of America’s treatment of Black people amid Black Lives Matter protests. “All of a sudden someone on CNN is talking about me for purposes of the left,” he said. “And then Ben Shapiro and whoever else is talking about me … so I was being used by the right.”

Despite the outcry and everything that followed, Harrison said he had no regrets about leaving Bachelor Nation. However, he did call out “certain cast members” who were angling for his hosting position, without naming names, and gave a small warning to the entertainment industry as a whole. “I’m sure there are a lot of people — well, a few people — that are sitting in Hollywood right now, nervous as hell that I am doing a podcast,” he said. “And I guess I would say to those people, if you’re nervous, maybe you should be. Because you probably know that I know.”