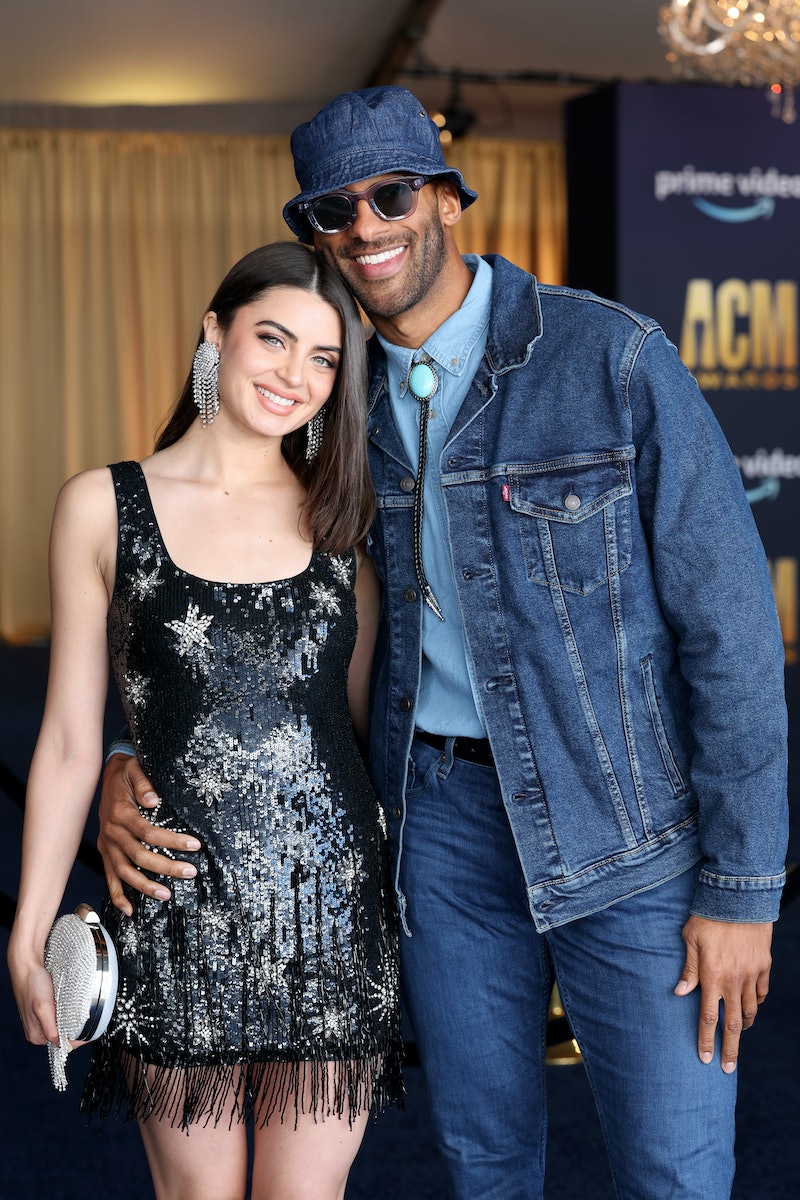 Matt James and Rachael Kirkconnell’s relationship hasn’t exactly been smooth sailing since they fell in love on The Bachelor. As Season 25 aired, Kirkconnell faced backlash for racist photos that surfaced of her at an antebellum-themed party in 2018. Shortly after, fans unearthed images of the 24-year-old dressed as a Native American. The scandal rocked Bachelor Nation. Longtime host Chris Harrison stepped away from the franchise after publicly defending Kirkconnell, and for a while, it seemed as though Matt and Rachael’s relationship was broken beyond repair.

In an excerpt shared by Cosmopolitan from Matt’s debut book, First Impressions: Off-Screen Conversations With a Bachelor on Race, Family, and Forgiveness, he offers some insight into how his relationship with Rachael unraveled. “She mentioned that some things about her past had popped up on the web, but I shrugged it off and told her not to worry about it,” he recalled, reassuring his girlfriend that haters on the internet would soon find a new target. “Then the picture dropped.” But even after seeing the pictures, Matt’s feelings didn’t change.

“I knew the woman I’d chosen to be with,” he wrote, revealing that Kirkconnell called him “immediately” after the photos surfaced. “Celebrity gossip, no matter how sensitive, wouldn’t shape my opinion of her.” At the time, she seemed more stressed about the controversy than he was. “Her voice on the other end was strained and unsteady,” he continued. “I assured her that I knew who she was.” Still, the former Bachelor saw value in having a serious discussion face-to-face. “I needed to see Rachael’s face for the hard conversation ahead,” he wrote.

After hunkering down in “middle-of-nowhere Georgia” for a few days, the couple finally addressed the elephant in the room. “She and I spent two days together, and then on the third day, we had the hard conversation,” he recalled. “I shared how it felt seeing her, a woman I loved, embody a role that had once so antagonized me.” Rachael laid it all on the table. “She’d only been in the sorority a short time; she left the semester following the party,” Matt wrote. “She didn’t know about the context of the party when she chose to attend; it was just another college event in her mind.”

“She didn’t offer her ignorance as an excuse,” the Season 25 lead continued. “Just a fact—she paired it with the facts of her remorse and regret. Tears streamed down both our faces. She apologized for the pain I felt. I forgave her.” But despite offering forgiveness, it became clear to Matt that he and Rachael needed to take time apart. “I needed to slow the train down,” he wrote. “We both needed to reflect on the relationship we’d developed, to ask ourselves how deep its roots really reached.” However, the two weren’t apart for long.

In February 2021, Kirkconnell issued a public apology on Instagram. “I hear you, and I’m here to say I was wrong,” she wrote, adding that her past racist actions were “not acceptable or okay in any sense.” “I was ignorant, but my ignorance was racist,” she added. Shortly after, the former couple decided they were open to “building back” their love. And although they appeared to be broken up on the After the Final Rose special, Matt said in his book that “when the cameras shut off, we strode hand in hand back to the greenroom.”

At the time, Rachael and Matt hadn’t established whether or not they were exclusive, so Matt decided to reach out to some of his exes. “It was a mistake,” he wrote. “Rachael got wind and was justifiably hurt and feeling betrayed. After that, there was silence.” But the silence didn’t last long. According to Matt, he and Rachael reconnected on a fateful day in Atlanta in April 2021 after he randomly received a notification that Rachael was just a couple of blocks away.

“Turns out, she hadn’t meant to send the notification at all; she didn’t even know I was in Atlanta,” Matt explained. “She had just unblocked my contact, which triggered the location sharing to return automatically—a crazy coincidence that felt fated. We met in the parking garage in her car, far from the public eye. We talked for four hours in that car about all of the issues that had kept us apart—her mistakes, my mistakes, insecurities, family drama, public perception, and everything else under the sun.”

Their four-hour conversation was ultimately what they needed to jump back in. “I decided to be better going forward. She had done self-work that I hadn’t reciprocated. I promised her that I was all in,” he said. Matt confirmed they were back together in a May 2021 interview with People. “I’ve seen Rachael a handful of times,” he told the magazine after photos surfaced of them walking together in New York City. “I’m not pursuing any relationships right now outside of that. I said I was going to focus on my relationship with her and that means focusing on it.” They’ve been together ever since.

More like this
'Bachelorette' Vet Clare Crawley Unveiled 2 Special Wedding Day Accessories
By Stephanie Topacio Long
Hannah Ann Got Engaged 3 Years After 'The Bachelor' & The Proposal Was Dreamy
By Grace Wehniainen
Zach Reveals The Chaotic 30 Minutes That Were Cut From ‘The Bachelor’ Premiere
By Grace Wehniainen
RHOP’s Robyn Dixon Explained Why Juan Paid For Another Woman's Hotel Room
By Brad Witter
Get Even More From Bustle — Sign Up For The Newsletter
From hair trends to relationship advice, our daily newsletter has everything you need to sound like a person who’s on TikTok, even if you aren’t.