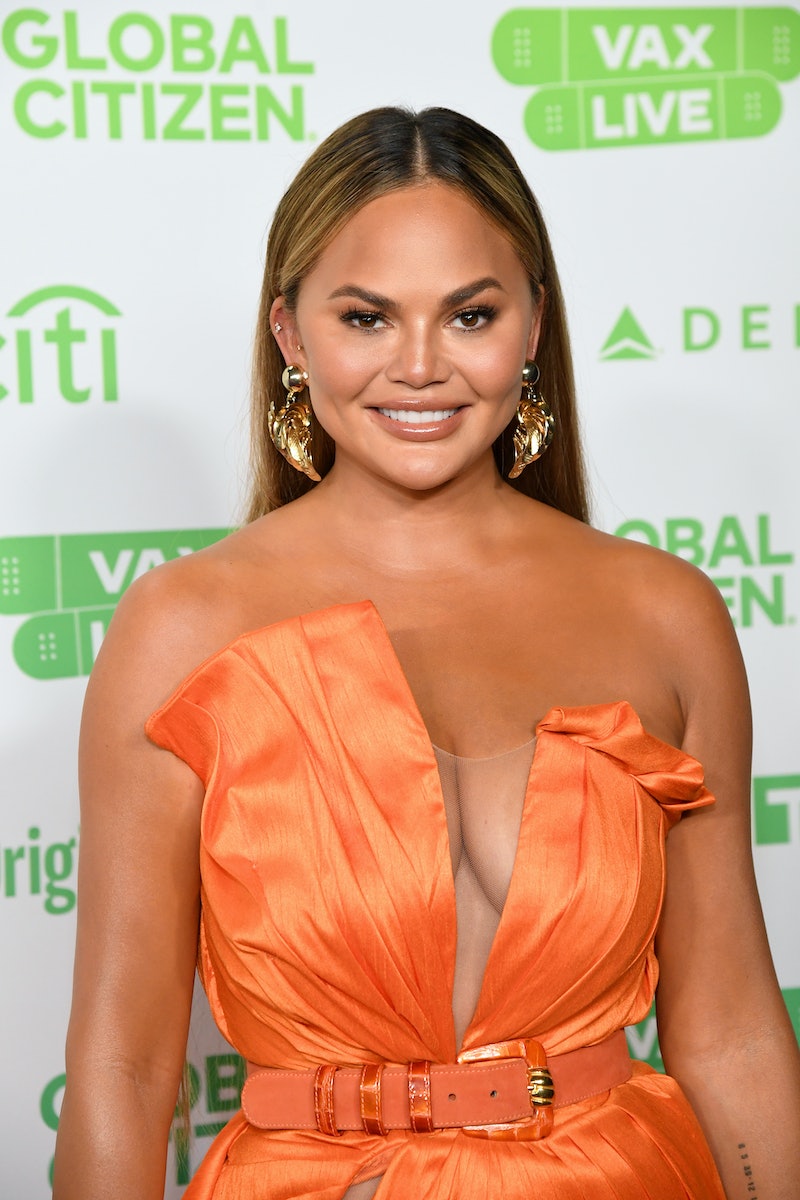 There’s no one, cookie-cutter journey toward sobriety — a reality Chrissy Teigen has been open about embracing since starting her own late last year. On Sept. 4, the model and Cravings creator took to Instagram to share her latest milestone: 50 days of sobriety. Teigen paired the announcement with a sweet video of her “bears,” aka son Miles and daughter Luna, playfully interrupting her workout — her third of the week, she noted, which was previously “unheard of” — and a candid message.

“Today is my 50 day sobriety streak. it should be nearly a year but I had a few (wine) hiccups in the road,” Teigen wrote in the caption. “This is my longest streak yet! I still dunno if I’ll never drink again but I do know it no longer serves me in ANY way. I don’t get more fun, I don’t dance, I don’t get relaxed. I get sick, fall asleep and wake up sick, having missed what was probably a fun night. I had my fun with it and appreciate anyone that can enjoy it responsibly!!!!”

In December, Teigen first shared her that she’d gone sober after reading Quit Like a Woman: The Radical Choice to Not Drink in a Culture Obsessed with Alcohol by Holly Whitaker, a book she got from a doctor and friend. “I was done with making an ass of myself in front of people (I’m still embarrassed), tired of day drinking and feeling like sh*t by 6, not being able to sleep,” she wrote on Instagram at the time.

About a month later, on Jan. 20, Teigen celebrated one of her first big events without drinking — the inauguration of President Joseph Biden, which included a performance by her husband, John Legend. She described it as “incredible to be [there]” and emphasized her sobriety. “It’s like...a different world for me,” she added, alongside a sweet photo of her family facing the Washington Monument. “Everything is new and better.”

Teigen, of course, is not the only millennial woman exploring sobriety. In an April survey of 2,005 women aged 25-40, Bustle found that 38% of respondents were sober, straight-edge, or in recovery, and 11% didn’t drink but were OK with pot, often referred to as “Cali sober.” An additional 9% self-identified as “sober curious,” meaning they may not abstain from alcohol but they are conscious of their drinking.

For Teigen, there doesn’t appear to be a specific endgame in mind, but it’s clear that she’s happy with how her journey is going.