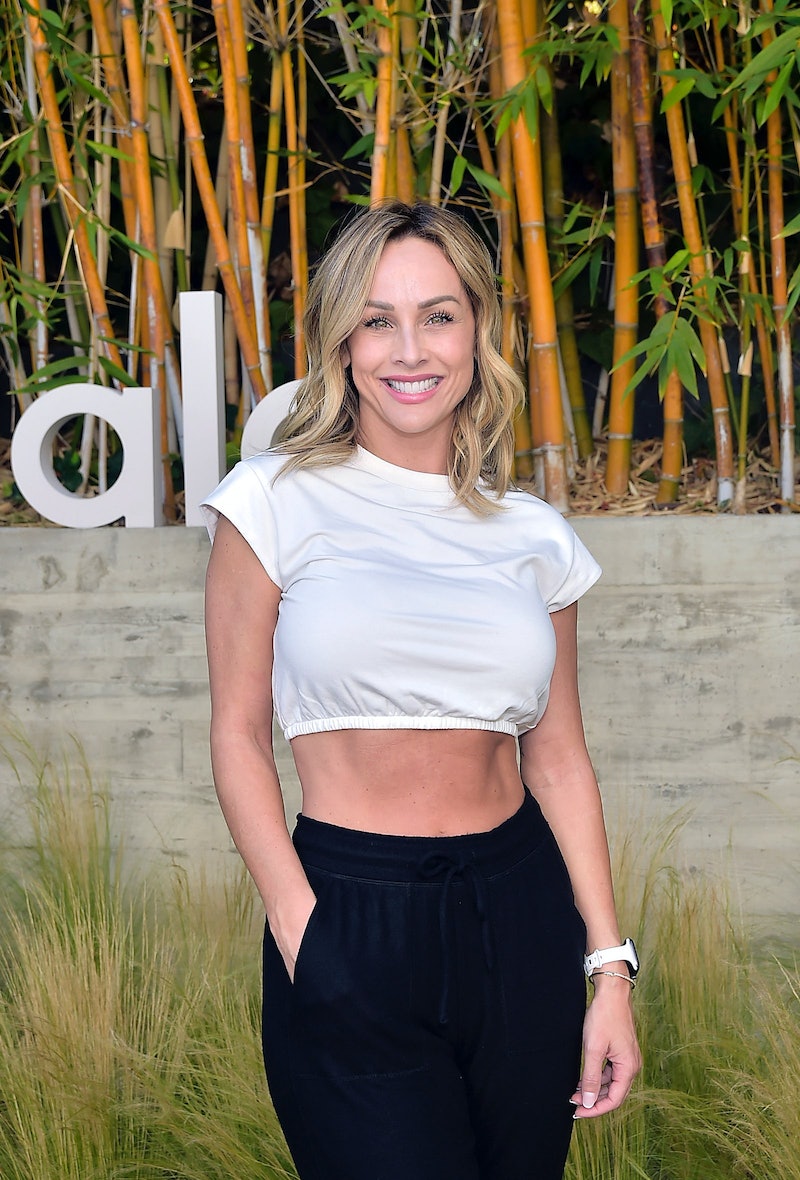 Clare Crawley may have taken a page from Katie Thurston’s playbook. Much like Thurston, the 40-year-old reality star appears to be dating a contestant from her own season of The Bachelorette that she sent home pretty early. In a brief Instagram video shared on Jan. 9, Crawley teased her relationship with 32-year-old Blake Monar, who fans may recognize from the most recent season of Bachelor in Paradise.

“Went for business, left with the most unexpected remarkable memories!” Crawley captioned the video, which features footage of her and Monar bowling, shopping for plants, playing with babies, and singing in the car. “Indy, you were truly beautiful and exactly what my soul needed.” Monar, who Crawley eliminated on the second episode of Season 16, also seemingly confirmed their romance on his Instagram Stories.

“How’s walking on black ice with a grown man hanging on your back @clarecrawley?” Monar wrote alongside a video of him holding onto Crawley as they walked, which was reposted by the popular Instagram account @bachelornation.scoop. Crawley’s new relationship with Monar comes just a few months after she announced her split from Dale Moss. The former couple got engaged on The Bachelorette and left the show together after just two weeks of knowing each other.

Clare and Dale initially called it quits in January 2021, and after reconciling the following month, they broke up again in September. “It was best for them to go their separate ways at this time,” a source told Us Weekly on Sept. 28. “They will still support each other and have love for each other no matter what.” The next month, rumors surfaced that the athlete cheated on the former Bachelorette with Bachelor in Paradise star Abigail Heringer, but a source told Us that the two only “met once” and Dale “never cheated on Clare.”

Monar’s love life has been slightly less messy in recent months. The grooming specialist seemed to hit it off with franchise alum Tia Booth on Bachelor in Paradise over the summer. However, later on in the season, the two found themselves arguing a lot when it became clear that Blake couldn’t give Tia the affection she wanted. With the cameras off, Monar might find it easier to be honest and vulnerable with Clare — especially since it was a lack of those qualities that led to her breakup with Dale.

On Oct. 21, Clare reflected on the split on Jana Kramer’s “Whine Down” podcast. “My biggest regret is trusting the process, trusting a man — a man’s words and who he showed me he was,” Crawley said on an October episode of Jana Kramer’s “Whine Down” podcast. “I believed somebody that they were who they said they were or that they would hold up to the promises that they make when they get down on one knee ... I don’t know if that's a regret.”

After explaining that her feelings for the former football player didn’t go away overnight, Crawley told Kramer that she felt like there was a lack of respect in their relationship. “It’s painful when you feel like somebody who you love deeply doesn’t even have enough respect to take you to sit down and have a very vulnerable conversation,” she said. “It’s hurtful because it’s like, ‘You think that little of me?’ But yet he supposedly loved me … Maybe that is the closure.”

More like this
'Bachelorette' Vet Clare Crawley Unveiled 2 Special Wedding Day Accessories
By Stephanie Topacio Long
Hannah Ann Got Engaged 3 Years After 'The Bachelor' & The Proposal Was Dreamy
By Grace Wehniainen
Zach Reveals The Chaotic 30 Minutes That Were Cut From ‘The Bachelor’ Premiere
By Grace Wehniainen
Pamela Anderson’s Dating & Marriage History Could Be Its Own TV Series
By Jake Viswanath
Get Even More From Bustle — Sign Up For The Newsletter
From hair trends to relationship advice, our daily newsletter has everything you need to sound like a person who’s on TikTok, even if you aren’t.