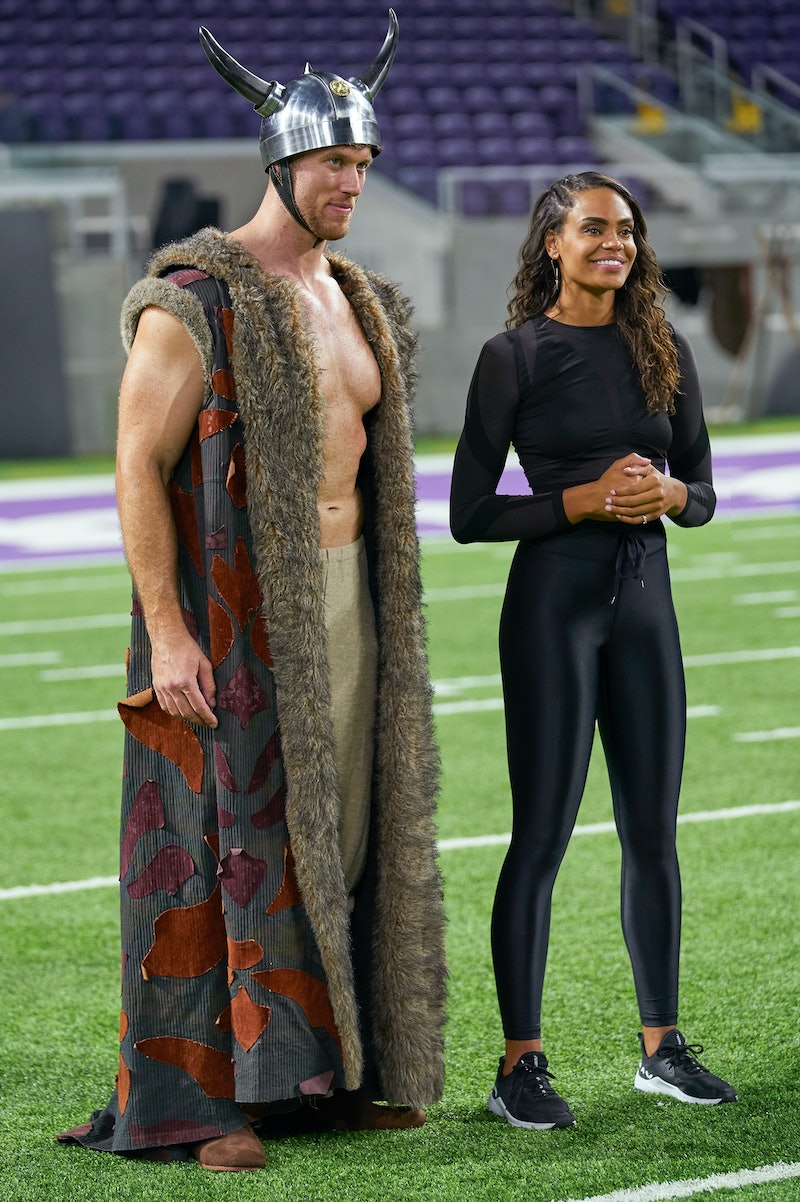 On a night when Michelle Young and Nayte Olukoya’s onscreen journey came to a close, The Bachelor couldn’t help but start the next one. After nearly three hours of Michelle, Nayte, and Brandon Jones’ love triangle working itself out, the producers saw fit to cap off the evening with a little more Clayton Echard. Just what every Bachelor fan wanted! That’s right, the newest lead graced the stage to promote his forthcoming season, which premieres on Jan. 3, doing so in an effort to quell the backlash to his casting. For those who aren’t extremely online, Clayton didn’t actually do anything controversial. In fact, the “backlash” is because, well, he didn’t do anything at all.

Fans were underwhelmed when Clayton was selected as the next Bachelor, flooding social media with their unfiltered reactions. In an effort to remedy the disinterest, ABC “found” some tweets about Clayton for him to read aloud à la Jimmy Kimmel’s iconic “Mean Tweets” segment. Production adopted the self-deprecating approach in order to make Clayton seem more likable, but time will tell if this strategy works.

“Roses are red, violets are blue, Clayton is the Bachelor and I just puked in my mouth,” one of the tweets read. Another stated, “They found 30 women desperate enough to date this guy? Where!?” A third read, “All I want for Christmas is for Rodney to be the Bachelor,” which Clayton said he didn’t disagree with. To his credit, Clayton took the whole exercise in stride, showing off his Missouri grin throughout the debasement.

As the segment approached its end, Clayton did give the fans a heartfelt response: "I really hope that people just do give me a shot because my journey is authentic." Be that as it may, there will still surely be some fans who are underwhelmed by Clayton. Such is life when you date 20 women on national television. Hopefully, his upcoming season is filled with enough drama and romance that we’ll finally and definitively understand why he was cast in the first place.