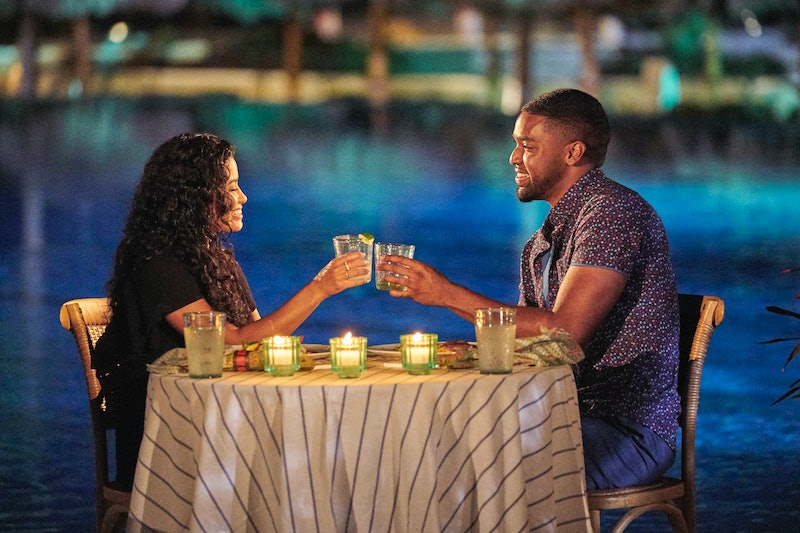 We’re only two episodes into the seventh season of Bachelor In Paradise, but already, contestants are beginning to couple up. One of the strongest pairs to emerge so far is Ivan Hall and Jessenia Cruz, who were immediately drawn to each other on day one and have continued to build their relationship. Will they wind up leaving the beach together, or will their early spark burn out? It’s too soon to tell at this point, but they seem to have the potential to go the distance.

After hitting it off on the first day, Jessenia and Ivan’s relationship really began to take shape during a a candlelit one-on-one date in the Aug. 23 episode. Throughout the evening, the two formed an emotional connection, candidly discussing representation, racism, and the importance of being able to have hard conversations with a partner. Jessenia lauded Ivan for the chat he had with Tayshia Adams during her season about Black Lives Matter, police brutality, and incarceration. In return, Ivan recognized that women — and particularly women of color — on the franchise are subject to extra scrutiny after Jessenia shared that she’d received racist messages following her appearance on The Bachelor. “I’m aware I’ve always been a person color, but to then go home and have to face all these really scary, really nasty messages online where people were just outright racist towards you. I had never experienced that type of racism until after the show,” Jessenia said. Ivan responded, “It’s not right that you guys have to go through [racist online harassment]. People tend to be harder on women and I just felt for ya’ll.”

The couple later shared a kiss, and back at the beach, Ivan chose Jessenia during the first rose ceremony. Their immediate future seems promising, as the Season 7 trailer includes more shots of them kissing. However, the trailer also shows Ivan in a tense confrontation with fellow cast member Aaron Clancy. Is it possible Aaron makes a play for Jessenia? Maybe, but he seems to be pretty set on Tammy for now. (If you really want to know what happens, Bachelor blogger Reality Steve has posted spoilers).

There aren’t many clues to be gleaned from social media about where Ivan and Jessenia stand now. Since filming for Bachelor in Paradise wrapped in June, the two haven’t been spotted together — unlike another rumored Paradise couple. Ivan and Jessenia do follow each other on Instagram, which suggests they’re at least on friendly terms. But at the moment, there’s not much more to go off of than that.