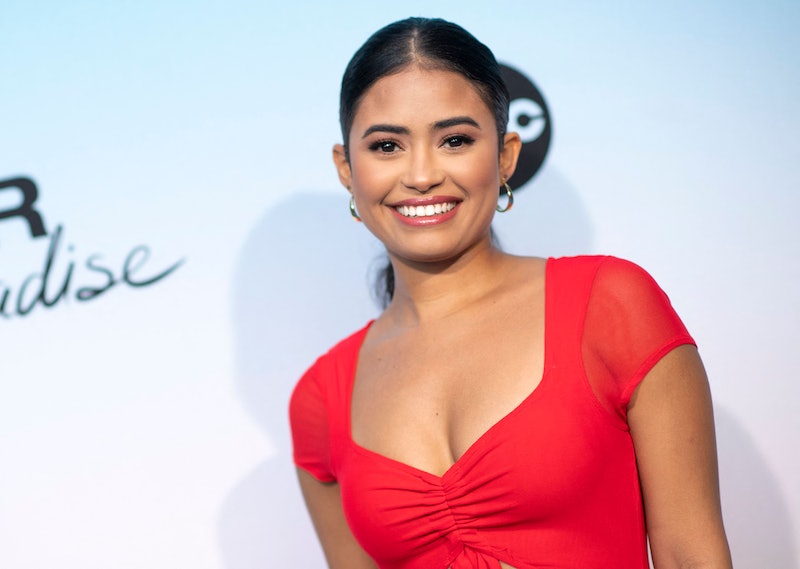 Bachelor In Paradise spoilers ahead. Unfortunately for the cast members of Bachelor in Paradise, the spinoff is far more fickle than the flagship series. Not only do the rotating cast of daters make it incredibly difficult to form fortified relationships, but a summer beach-based relationship is a far cry from the turbulence of the real world. A lot of relationships can’t make the leap from the show to real life — more don’t even make it multiple rose ceremonies. One such couple that doesn’t seem to make it off the beach is Jessenia Cruz and Chris Conran.

Back in Episode 2 of this season of Bachelor In Paradise, which aired Aug. 23, Jessenia Cruz and Ivan Hall began to develop their relationship. The couple hit it off over a romantic dinner and spoke about how they admired each other’s resolve and honesty during each other’s respective time as contestants on The Bachelor and The Bachelorette. However, that budding relationship couldn’t fully spread its wings before the arrival of Chris C., a former contestant on Clare Crawley’s season of The Bachelorette.

When Chris arrived on the beach, he spared almost no time deliberating which woman he was going to take on a date. Wasting little time, Chris invited Jessenia on a date, much to the chagrin of Ivan. While on the date, the duo engaged in some tantric stretching and strategic blowing while Ivan was stuck back on the beach. Their date was sealed with a kiss in front of a plate of strawberries, solidifying Chris and Jessenia as one of the newer couples on the beach.

However, as bright as the horizon may seem for the new potential couple, it appears their beach romance isn’t cut out for the real world. Despite the fact that Jessenia and Chris actually knew each other before appearing on Paradise, some spoilers suggest Chris’ heart ultimately ends up in the hands of another woman.

The above photo is part of a photo dump Jessenia posted from a trip to San Diego in May before filming even began. That helps explain why Chris was so excited to see Jessenia when he arrived on the beach, aside from her being a fan favorite from her time on The Bachelor. Even though they had a pre-existing connection, reality television blogger Reality Steve pointed out that another contestant who later joins the cast plays a part in Chris and Jessenia’s relationship cratering.

If there’s any hope for the duo, it certainly isn’t coming from social media. Not to anoint Instagram as the barometer of a relationship’s health, but it would appear that while Chris follows Jessenia, she doesn’t follow him back. That kind of thing, at least in Bachelor Nation, doesn’t typically bode well for the prospects of a potential relationship. Of course, anything is possible in Paradise, but judging by all the clues we have, it doesn’t seem like Jessenia and Chris will be exchanging roses anytime soon.