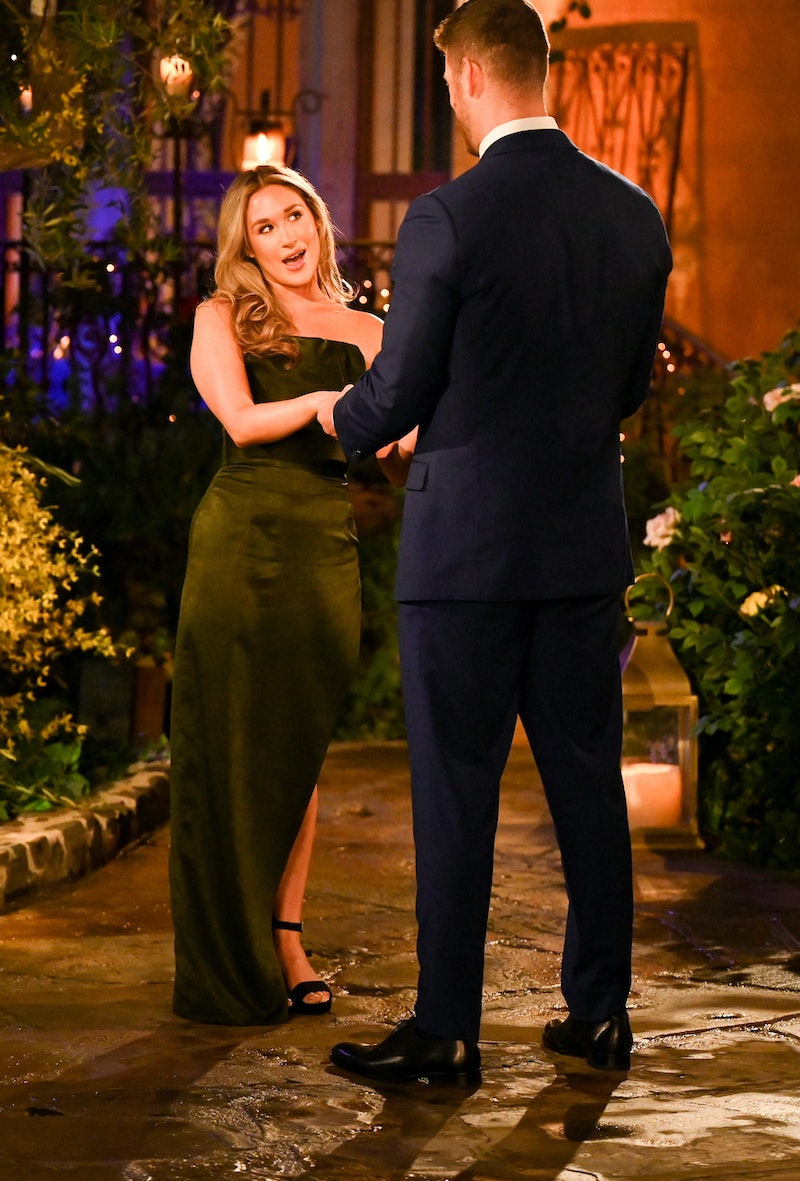 We haven’t seen much of Rachel Recchia on Clayton Echard’s season of The Bachelor, but there’s reason to believe she’ll be one to watch. As many fans have pointed out, Clayton confesses to two women in the trailer that he’s been intimate with both of them — one of whom appears to be Rachel. It’s not exactly clear when this conversation takes place, but it is assumedly much later in the season, most likely after the Fantasy Suite dates. So suffice it to say Rachel will probably be sticking around for a while.

As for whether or not she actually wins the season, it’s hard to say. That Rachel hasn’t had much screen time isn’t a great sign, but it wouldn’t be the first time on the franchise that a late bloomer ended up in the final four or even with the final rose. In fact, on The Bachelor in particular, it can sometimes backfire to be too strong out of the gate. According to the Instagram account @Bachelordata, the women who have received first impression roses only won two of the previous 10 Bachelor seasons.

Rachel’s own Instagram account also doesn’t provide many clues about her likelihood of winning. Though she’s posted several times since the season premiered, she hasn’t shared anything that remotely insinuates she found love with Clayton. (Obviously the contestants are bound to NDAs, but things have slipped through the cracks before). The strongest evidence comes by way of a post from early January that features blurry photos of Rachel and her friends captioned, “2022. I have a pretty good feeling about you,” which really doesn’t tell us anything more than that she’s hoping this year will be less terrible than the last two. Most recently, Rachel posted two fairly innocuous photos of herself that are entirely unrelated to The Bachelor.

Anything beyond that is wildly speculative. Rachel’s ABC bio, for example, says that she’s a “hopeless romantic” who’s looking for a partner that’s playful, passionate, and spontaneous. She also wants someone who’s nurturing, empathetic, and “respectful in all facets of life.” Those are all checkmarks Clayton could cross off, but it hardly means they’re soulmates.

It’s also worth noting that Rachel is a pilot, and pilots for some reason seem to have a great track record on the show. Pilots Jake Pavelka and Peter Weber both made it far on their respective Bachelorette seasons before being chosen as Bachelors, while bartender and aspiring pilot John Hersey ended up dating Bachelorette Katie Thurston after she broke up with her season winner Blake Moynes. Granted, John didn’t last all that long as a contestant, but it worked out for him in the end. At the very least, expect Rachel to stay in the Bachelor Nation rotation.

More like this
Rachel From ‘The Circle’ Season 4 Isn’t Usually On TV Shows With “Living People”
By Justice Namaste
Everything To Know About 'RHONJ' Season 13
By Brad Witter
Gillian Teased A Surprising Ending In 'Temptation Island' Season 4
By Kadin Burnett
Will ‘Bling Empire’ Return For Season 3? Here’s What To Know So Far
By Kadin Burnett
Get Even More From Bustle — Sign Up For The Newsletter