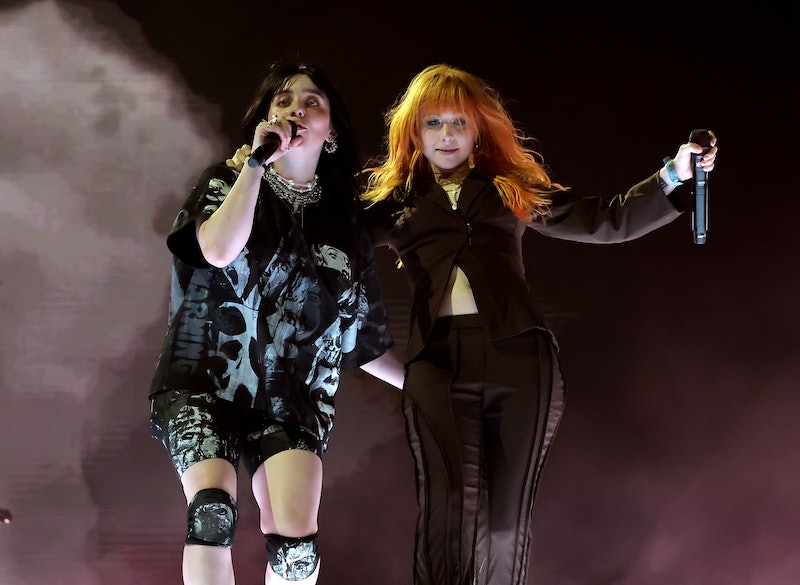 The second weekend of Coachella had just as many surprises as the first. Billie Eilish brought out Paramore’s Hayley Williams as a surprise guest to perform the band’s 2007 hit “Misery Business” during her second Coachella headlining set on April 23. “This is my first Coachella,” Williams told the crowd before addressing the headliner. “Thanks for sharing this with me. This is sick!” The duo stripped things back, singing “Misery Business” with just Eilish’s brother Finneas on guitar with another guitarist, but those opening chords still made the fans go wild.

The duo’s performance of “Misery Business” is notable given how Williams previously announced in September 2018 that she would retire the band’s breakout hit for future live shows. “Tonight we’re playing this song for the last time for a really long time,” she told the crowd at a Nashville concert. “This is a choice that we’ve made because we feel that we should. We feel like it’s time to move away from it for a little.”

Coachella marked Williams’ first time performing “Misery Business” since that 2018 show. Eilish took care to amend the song’s controversial line while singing the second verse, slyly censoring the word “whore” but disguising it as her merely catching her breath.

In recent years, “Misery Business” has garnered criticism for containing anti-feminist sentiment, especially with the lyric “Once a whore, you’re nothing more, I’m sorry that’ll never change.” It’s an argument that Williams agrees with, even having the song removed from a Spotify playlist in March 2020. “I know it’s one of the band’s biggest songs, but it shouldn’t be used to promote anything having to do with female empowerment or solidarity,” she wrote on Instagram Story at the time. “I’m so proud of Paramore’s career, it’s not about shame. it’s about growth and progression ... and though it’ll always be a fan favorite, we don’t need to include it on new playlists in 2020.”

Williams’ appearance followed the 20-year-old singer’s first Coachella headline set on April 16, which featured surprise guests Khalid and Damon Albarn of Gorillaz and made her the youngest Coachella headliner in history. Later on, Williams returned to the stage for an epic finale as the two belted out the soaring hard-rock climax of Eilish’s Grammy-nominated hit “Happier Than Ever.”

It turns out you can still be happier than ever after working in the business of misery.