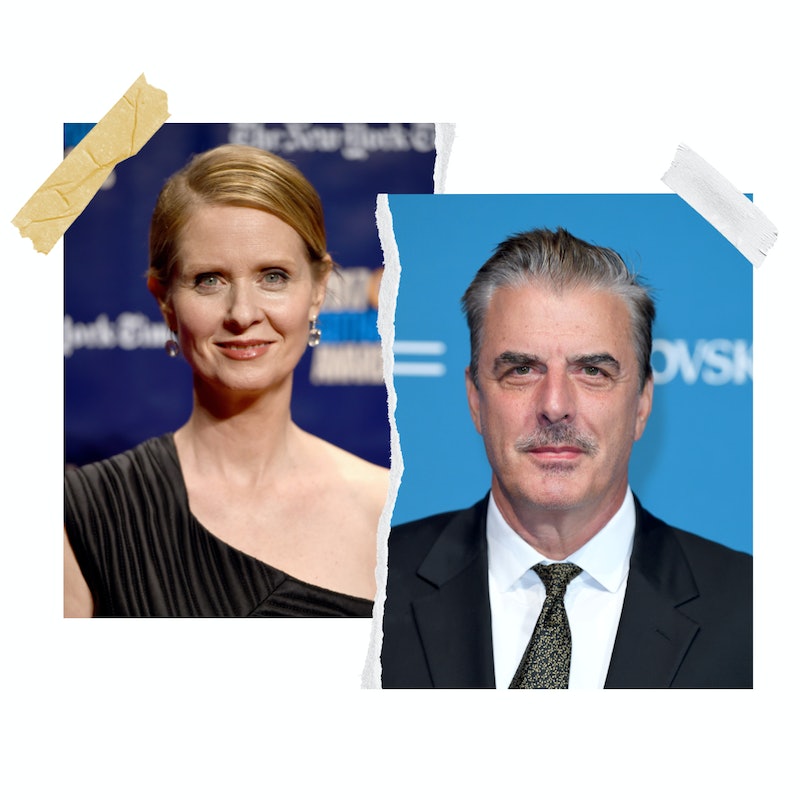 Cynthia Nixon is glad that Chris Noth is being cut from the And Just Like That... finale after multiple women accused him of sexual assault. “I think we were very lucky that those changes were able to be made and I think we are very proud of our show,” the actor, who reprises her role as Miranda Hobbes in the Sex and the City reboot, told Entertainment Tonight on Jan. 19.

According to ET, the decision to cut Noth from the finale after his character, Mr. Big, died of a heart attack in the premiere episode, was reportedly agreed on by the cast and crew. “Thankfully, it wasn’t a major overhaul since Chris was killed off early and was to reappear later in the series finale,” a source told the outlet. The insider also said that the show was “always about the relationships between the women” anyway, and the actor was only supposed to appear in a flashback.

“The accusations against me made by individuals I met years, even decades, ago are categorically false,” he told Us Weekly in a statement. “These stories could’ve been from 30 years ago or 30 days ago — no always means no — that is a line I did not cross. The encounters were consensual.” Noth, 67, also questioned the timing of the accusations. “I don’t know for certain why they are surfacing now, but I do know this: I did not assault these women,” he said.

Sarah Jessica Parker, who plays Carrie Bradshaw and is married to Noth’s character in the series, was reportedly “heartbroken” when she heard the news. “She is fiercely protective of Carrie Bradshaw and livid that she and everyone else at the show has been put into this position,” an insider told Us late last month. “It is not about the money, but rather her legacy. Carrie was all about helping women and now, under her watch, women are saying that they have been hurt.”

Nixon, Parker, and Kristen Davis released a joint statement shortly after the allegations surfaced in support of the victims. “We are deeply saddened to hear the allegations against Chris Noth,” they wrote. “We support the women who have come forward and share their painful experiences. We know it must be a very difficult thing to do and we commend them for it.”

More like this
Hilary Duff Is “Optimistic” About A 'Lizzie McGuire' Reboot
By Alyssa Lapid
'Knock At The Cabin' May Start Streaming Sooner Than You’d Think
By Jake Viswanath
Twitter Is Having A Meltdown Over Buying Beyoncé Renaissance Tour Tickets
By Jake Viswanath
Beyoncé Just Announced Tour Dates: Here's How To Cuff Tickets To Her 2023 Shows
By Jake Viswanath
Get Even More From Bustle — Sign Up For The Newsletter
From hair trends to relationship advice, our daily newsletter has everything you need to sound like a person who’s on TikTok, even if you aren’t.