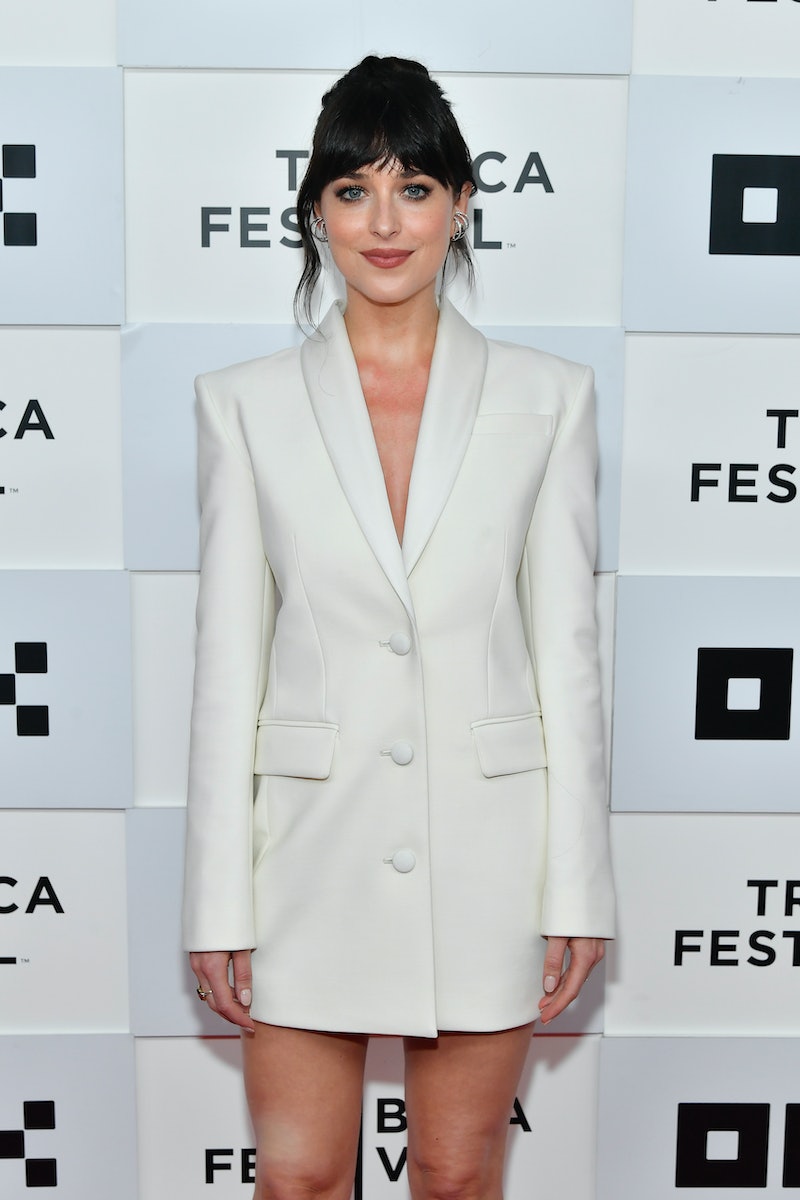 Opening up about what really went down behind the scenes on one of Hollywood’s biggest film franchises, Dakota Johnson revealed there were some on-set difficulties, especially around stifling creative control. In the Fifty Shades franchise, Johnson took on the leading role of Anastasia Steele: a shy, inconspicuous student, who gets swept up in a BDSM love affair. But Johnson has now revealed that shooting the scenes didn’t go as planned. “I’m a sexual person…” she told Vanity Fair. “That’s why I did those big naked movies.” Though, she adds, “I signed up to do a very different version of the film we ended up making.”

Continuing, she reveals both the production studio and tbe author of the Fifty Shades book series, E.L James, caused issues behind the scenes. “She [James] had a lot of creative control, all day, every day, and she just demanded that certain things happen,” Johnson explained. “There were parts of the books that just wouldn’t work in a movie, like the inner monologue, which was at times incredibly cheesy. It was always a battle. Always.”

Playwright Patrick Marber revised the script, but then dropped out, allegedly because James scrapped his rewrites. “I was young. I was 23. So it was scary,” says Johnson, having been contracted across all three films. “It just became something crazy. There were a lot of different disagreements. I haven’t been able to talk about this truthfully ever.”

Alongside co-star Jamie Dornan (who played lead male Christian Grey), and the first film’s director, Sam Taylor-Johnson, Johnson tried to have some creative input into filming. “We’d do the takes of the movie that Erika wanted to make, and then we would do the takes of the movie that we wanted to make,” she said. “The one Marber scene that made it into the first film, is the negotiation where Anastasia and Christian outline her sexual contract. And it’s the best scene in the whole movie.”

Despite the behind the scenes conflict, the actor doesn’t regret her role in the films. “If I had known at the time that’s what it was going to be like, I don’t think anyone would’ve done it. It would’ve been like, ‘Oh, this is psychotic,’” she said. “But no, I don’t regret it.”

Squashing rumours of a feud between her and co-star Dornan, Johnson added, “There was never a time when we didn’t get along. I know it’s weird, but he’s like a brother to me.” Asked about whether the Fifty Shades franchise would still take off in today’s climate, she says: “No. Probably not. But what’s wrong with them? It’s about a specific sexual dynamic that is really real for a lot of people.”

More like this
Lewis Hamilton Turned Down A Role In 'Top Gun: Maverick' For This Surprising Reason
By Darshita Goyal
Ezra Miller Has Been Arrested Again
By Sophie McEvoy
'Scream’s Courteney Cox Has Broken A Major Horror Record
By Sophie McEvoy
Selena Gomez Has Been Spotted Having Fun With A Top Film Producer
By El Hunt
Get The Very Best Of Bustle/UK