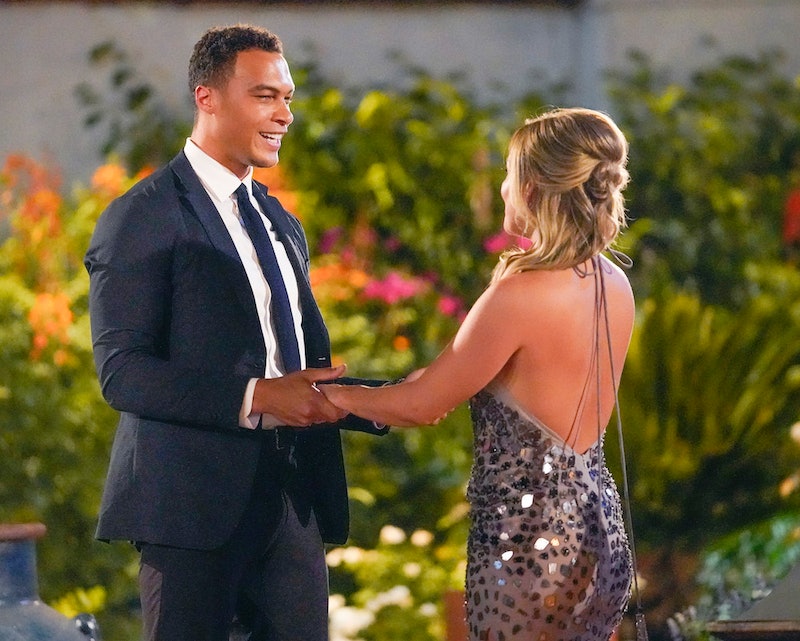 Bachelor Nation recently unearthed some footage that could hint at some drama (well, even more drama) in Clare Crawley’s season of The Bachelorette. In a video interview with Midco Sports, Dale Moss — now Clare's Bachelorette frontrunner — discusses his dream of building an empire in the entertainment industry.

"Currently, I am a model with Wilhelmina International and a sports and entertainment host," Dale said in the interview, which took place over the summer in his hometown of Brandon, South Dakota, after COVID-19 initially shut down production of The Bachelorette. "That's always been one of my focuses. I think how Ryan Seacrest has built a brand and really an empire is really amazing, and I would love to model my career after him."

He also noted that he does a lot of producing under his media production company Moss Media. “I've been so blessed to work with some of the greatest talent. We've worked with some of the greatest brands, and [to] be in a situation where I'm surrounded by people I can learn from each and every day, that's really helped me grow," he said. While he didn’t address The Bachelorette directly, Dale said at the time that he was “excited about what's coming up in the next few months.”

While having Seacrest-level dreams for oneself is admirable in some contexts, in the world of The Bachelorette, it might set off some alarm bells that he might not be on the show for "the right reasons." In a dramatic supertease of the season, Clare’s other suitors make their distrust of Dale known, expressing their suspicions over his true intentions. “You’re phony, you’re fraudulent, you’re artificial,” one contestant says to Dale. “You’re everything fake. The cameras are here, you’re a completely different person.” Another suitor adds that it’s “only a matter of time before Clare realizes the truth, that Dale’s maybe not who Clare thinks he is.”

Of course, it’s no secret that this season will experience an unprecedented shakeup. Before the season even premiered, there had been rumors that Clare would eventually quit the show to be with Dale, making room for a brand new Bachelorette, Tayshia Adams. (While ABC has not officially confirmed the rumors, the supertease did seem to suggest Clare quits — though the reasons why she does so and if Tayshia replaces her are not addressed.) Regardless of what happens, this video certainly will be adding fuel to the fire of drama to come.

More like this
A Guide To All Of Zach Shallcross' 'Bachelor' Filming Locations
By Brad Witter
'Bachelorette' Vet Clare Crawley Revealed Her Stunning Wedding Photos
By Stephanie Topacio Long
'Bachelorette' Vet Clare Crawley Unveiled 2 Special Wedding Day Accessories
By Stephanie Topacio Long
Kaitlyn Bristowe Said Chris Harrison Ignored Her After Her 'Bachelorette' Hosting Gig
By Grace Wehniainen
Get Even More From Bustle — Sign Up For The Newsletter
From hair trends to relationship advice, our daily newsletter has everything you need to sound like a person who’s on TikTok, even if you aren’t.