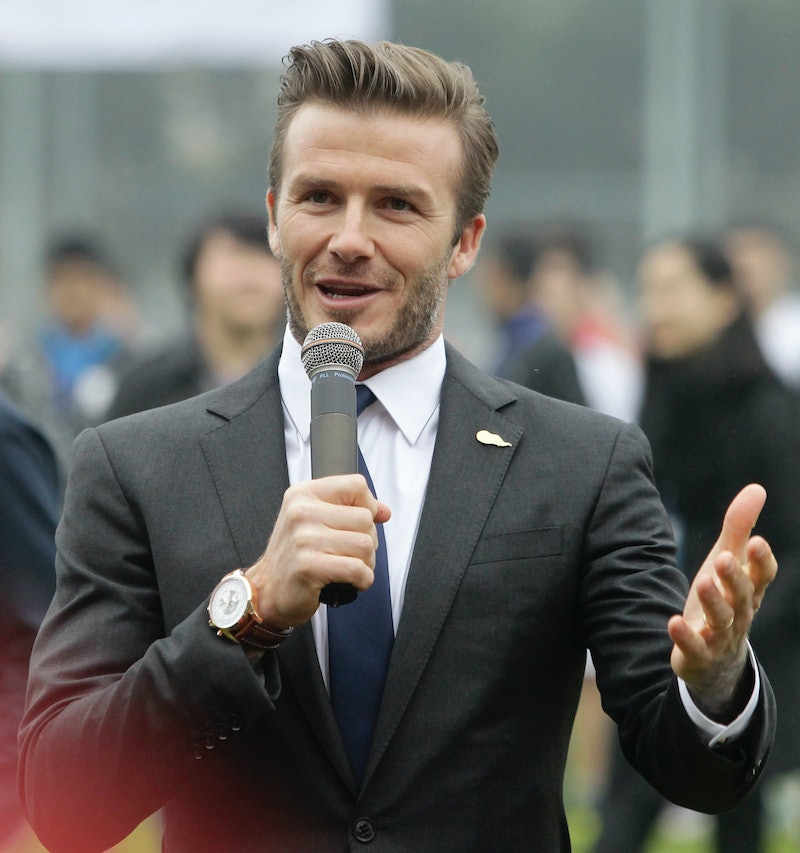 Nothing heralds the arrival of the Christmas season quite like Mariah Carey’s powerful pipes on our playlists — and it seems David Beckham himself is also not immune to sticking on Christmas tunes the moment December arrives. Former pop star Victoria Beckham posted a video on Instagram showing her husband singing along to Carey’s hit 1994 song “All I Want For Christmas Is You.”

The footballing legend was shown sitting at the kitchen counter, sipping from a coffee cup and scrolling on his phone. Seemingly unaware of his wife filming him, David crooned along to the opening lines of the Christmas song.

He switched to a lower pitch during the “Make my wish come true” line, where Carey executes a high vocal run on the radio version of the song. This made Victoria chuckle, causing David to look and up see he was being filmed. “You were struggling with that high note, weren’t you?” the former Spice Girl teased. In an effort to prove his wife wrong, David then belt out the last high note of the song’s acapella-style introduction.

The cute video quickly gained over a million likes, and also drew the attention of Carey herself, who showed her appreciation by proclaiming it her “new fave rendition” of the song.

Though shown here having a lovely festive moment with his family, David has recently been dealing with criticism about his role as a culture and tourism ambassador for Qatar. Many have expressed concerns about the country’s human rights practices, choosing to boycott the 2022 World Cup to show their disapproval.

More like this
Here’s How You Can Watch The Grammys 2023 In The UK
By Emma Madden and Catharina Cheung
Harry Styles Just Split His Pants In Jennifer Aniston’s Face
By Sam Ramsden
Harry Styles Had A Major Stage Malfunction At The Grammys
By Darshita Goyal
Taylor Swift & Harry Styles Had A Secret Reunion At The Grammys
By Shahed Ezaydi
Get The Very Best Of Bustle/UK
Sign up for Bustle UK's twice-weekly newsletter, featuring the latest must-watch TV, moving personal stories, and expert advice on the hottest viral buys.