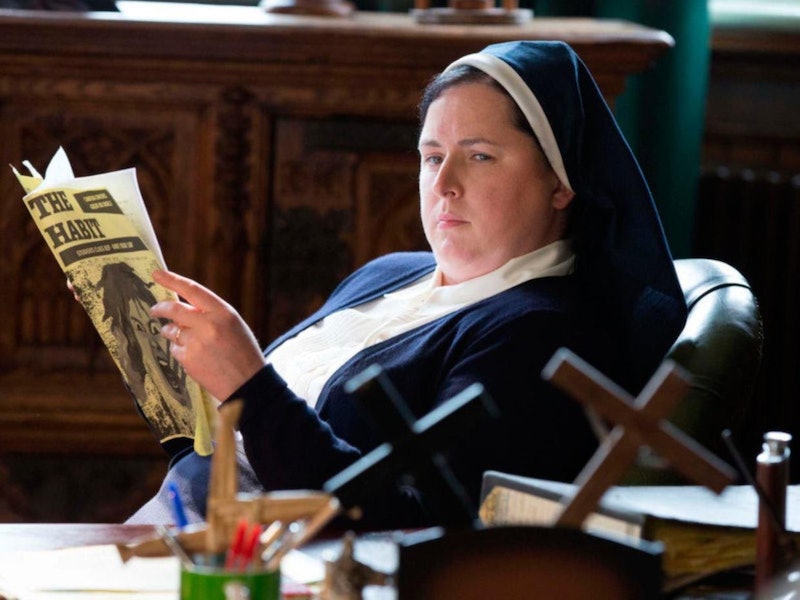 As we wait (somewhat) patiently for the third and final season of Derry Girls to hit our screens, the cast and crew have been teasing us with snippets of possible storylines. The formidable headmistress Sister Michael, whose no-nonsense running of Our Lady Immaculate College keeps the girls on their toes, is a firm fan favourite. And now it seems the character, portrayed by Siobhan McSweeney, will be getting more airtime.

Revealing her character is set to have a reawakening, McSweeney told Radio Times: "She hits a few challenges where she's forced to – just like the girls – grow up herself. And she's forced to confront her own issues a little bit.”

McSweeney continued, “It's very easy to stay cynical and sarcastic. It's a very passive thing. And there are a few things in this series that force her to stand up and actually take account of herself, and of what she believes. So I think Sister Michael becomes more herself. It’s really lovely.”

McSweeney’s character is known best to Derry Girls fans for her cutting sarcasm and one-liners. “Yet again, I have some of the best lines in the series. Structurally, it's a f*cking gift. Everybody gets to work on setting up the gag, I come in, hit the punchline, and then leave again,” she added.

And Sister Michael isn’t exactly the most quintessential holy figure. Fans of the show might remember when the character decided to keep a porcelain statue of The Child of Prague at Our Lady Immaculate College, despite the bishop expressing strict instructions for the statue to travel from school to school. It’s safe to say Derry Girls fans will be seeing a different side to Sister Michael, as well as her usual mic-drop one-liners.

Siobhán McSweeney also stars in Holding, which will air Mar. 14 on ITV.