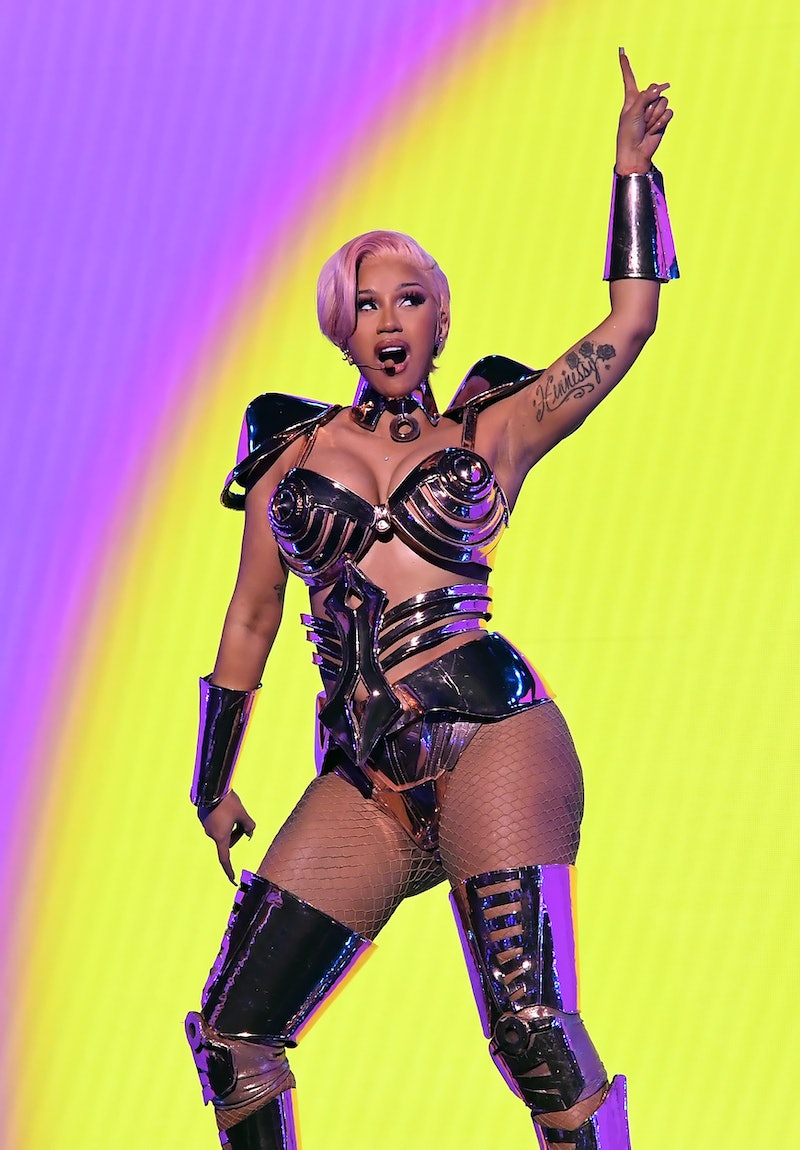 With performances from Taylor Swift, Dua Lipa, DaBaby, and more, the 2021 Grammys is already a stacked show — and on top of that, they got Beyoncé to show up. Cardi B may not have been nominated at the ceremony, but the most monumental moment of the night was certainly her and Megan Thee Stallion’s medley that featured the live debut of their #1 hit “WAP.” While watching it, however, many fans began to wonder if Cardi B lip-synced her way through it.

The performance began with Megan Thee Stallion in a sparkly ensemble to perform “Body” surrounded by backup dancers. Then she performed “Savage Remix,” though while Beyoncé may have shown up to accept their award for Best Rap Song, she didn’t come to the stage to deliver her verse. Next, Cardi B appeared to perform “Up” in front of a large video screen with dancers alongside her. Finally, they joined forces to perform “WAP” in front of a giant stripper heel with an attached pole before moving to an enormous bed, serving intense choreography reminiscent of the music video the entire time.

Following the performance, fans immediately took to social media to universally praise the two rappers’ dance skills, while others questioned whether or not Cardi B lip-synced or sang live throughout the medley. Her vocals did sound eerily similar to the ones on the officially-released version of the track, and at some points, it appeared as though her mouth didn’t move along with the audio, though that could be chalked up to broadcast delays. “If you’re gonna lip-sync, can you make it more convincing, diva?” ruthlessly asked one viewer, directly tagging the rapper in a tweet. Another tweeted her the link to a YouTube video titled “HOW TO LIP SYNC (Lip Syncing 101)” along with the message, “You should check this out!”

Referencing her show Cardi Tries, another fan tweeted, “If Cardi B is still doing that Facebook show she should have an episode where a drag queen teaches her how to lip sync.” Others weren’t as bothered, with one Twitter user nodding to RuPaul’s Drag Race and writing, “Cardi B definitely won that Lip Sync for her life.”

The rapper also commented on her performance, offering a heartfelt message to her fans on Twitter. “I hope you guys enjoyed the ‘UP’/‘WAP’ performance. Boy I was tired but I didn’t want to make my fans wait so long for a performance,” she wrote. “Love you guys. Congrats on all the winners tonight.”

Then she posted a photo to Instagram of her outfit, an elaborate metal bodysuit with matching thigh-high boots. She noted that it was constrictive, which could have possibly impacted her vocals. “Yes! Yes! The outfit was heavy but you know... Anything for fashion, baby,” she captioned the post, tagging her stylist Kollin Carter.

Perhaps Cardi will address the critiques later, but one thing’s for sure: She killed that performance — live vocals or not.