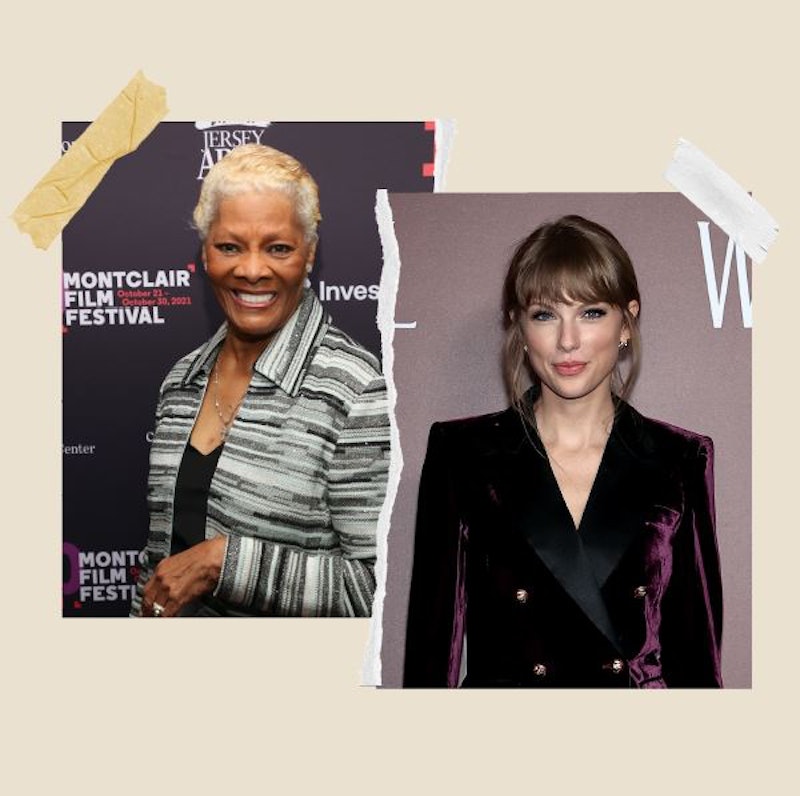 Swifties aren’t the only ones who remember Taylor Swift’s missing scarf all too well. Legendary singer (and now tweeter) Dionne Warwick has provided an update on her attempts to get the infamous accessory back, and her work is not yet done. Appearing on The Late Show With Stephen Colbert on Friday, Jan. 21, she laid out her plans to find the scarf fans have long suspected Jake Gyllenhaal has.

Colbert brought the case up while asking the “Queen of Twitter” about some of her past tweets, reminding viewers that Warwick had gone so far as to offer to pay for the cost of mailing the scarf back to Swift. The late-night host “couldn’t let [her] go without weighing in” in the situation, as he told her, and the “Nothing’s Impossible” singer let him know that she had heard “not one word” from either Gyllenhaal or Swift so far.

“I’m going to find out and give her a call,” Warwick said. “I am. To find out if she got her scarf.”

The five-time Grammy winner didn’t stop there. “If she didn’t, I’m going to find Jake,” she added, giving Colbert a meaningful look that turned into some serious stink eye before she ultimately broke into laughter.

The story of Swift’s missing scarf has intrigued fans since the pop star released “All Too Well” on the original version of Red in October 2012. In the song, she mentions it twice, first singing that she left it at the house of the unnamed ex’s sister and that he’s “still got it in [his] drawer even now.” Later, she adds, “But you keep my old scarf from that very first week / ’Cause it reminds you of innocence / And it smells like me / You can’t get rid of it.” And so the question of what happened to it in real life kept popping up. The suspected sister from the song, Maggie Gyllenhaal, even faced a fan question about it on What What Happens Live With Andy Cohen in 2017, and she noted that “everybody asked [her] about this scarf.” However, she had no definitive answers as to its whereabouts, and the mystery continued.

It was the release of Red (Taylor’s Version) in late 2021 that ultimately got Warwick involved. The 10-minute version of “All Too Well” reignited the internet buzz with a vengeance, especially when a placeholder scarf made multiple appearances in the song’s short film, which came out on Nov. 12. Within days, Warwick was already trying to help Swift get her winter wear back and UPS was ready to join her.

Of course, only Jake Gyllenhaal can say what happened to the scarf and he’s kept mum on the subject. Whether or not Warwick will be able to change that remains to be seen, but at the very least, the saga is still keeping us all entertained.