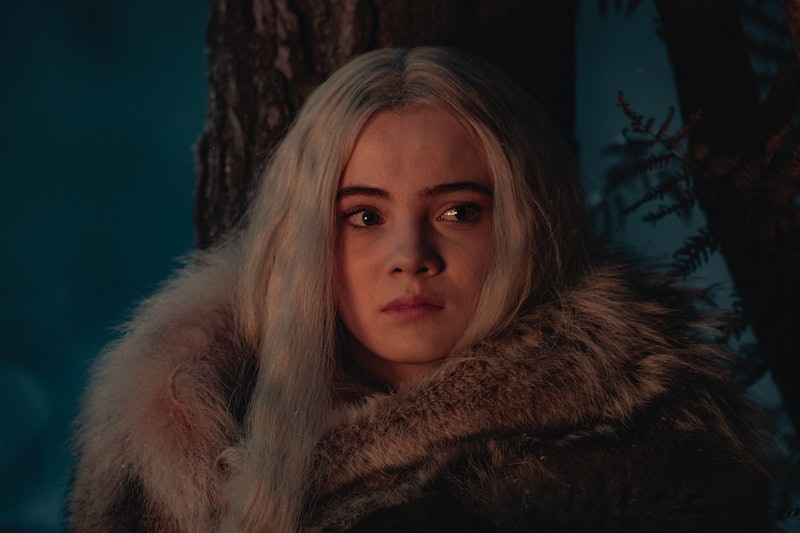 After their long-awaited meeting at the end of The Witcher Season 1, Geralt and Ciri are finally set to fulfill destiny and join forces in the Netflix series’ second entry. As the streamer teases, the Continent is still filled with plenty of its usual, monstrous threats, but Geralt “must protect the girl from something far more dangerous: the mysterious power she possesses inside.”

Just what is that power, though? Ciri might not fully know herself. If you watched Season 1, you know the young princess was capable of a lot — most notably a terrifying scream that could be used to get her out of dangerous situations (hey, sort of like Paul and The Voice from Dune...). The powerful scream skills seem to reverberate in Season 2: As you can see in the trailer, there’s a huge rift in the ground at one point, and it looks a lot like the one she yelled into existence in Season 1. Later in the trailer, a new character, Nenneke, warns Geralt that Ciri’s powers might be too much to handle. “If what you say about that girl’s power is true,” she says, “you can’t help her.”

As you watch the mysterious magic unfold on screen, Andrzej Sapkowski’s novels may provide a clue as to where Ciri’s story is going. According to CBR, Season 2 is based on Blood of Elves — in the book, Ciri finds out the meaning behind her magic: she’s a Source. As Inverse reports, this is a person whose innate, supernatural talents are so strong that they take on a life of their own. They can even overcome the person who wields them — i.e., Ciri — if proper training isn’t put into place.

Fortunately, that’s part of the plan for Ciri in Season 2. As showrunner Lauren Schmidt Hissrich told TV Guide, through training, Ciri will “actually [become] the character that we know from the books and later from the video games,” setting up a pretty exciting Season 3. But first, back to Ciri’s powers. As a Source, she has that fierce scream — but it’s not the only weapon in her arsenal.

According to Screen Rant, the books eventually see Ciri hone her skills to the point that she’s capable of manipulating time itself. In a character profile on Audible, Ciri’s skills are described as “chaotic energy,” and not necessarily the good kind. Though Ciri does ultimately become a Witcher, like Geralt, her magic sometimes impedes training because it manifests during times of stress — convenient when it saves her (as it so often does), but maybe not so much when she’s trying to nail a specific move or strategy.

In addition to being a Source, Ciri’s Elder Blood makes her all the more powerful. Basically, she’s not just a great match for Geralt — she’s shaping up to be the stronger of the two, so long as she works to control her strengths in Season 2 and beyond.