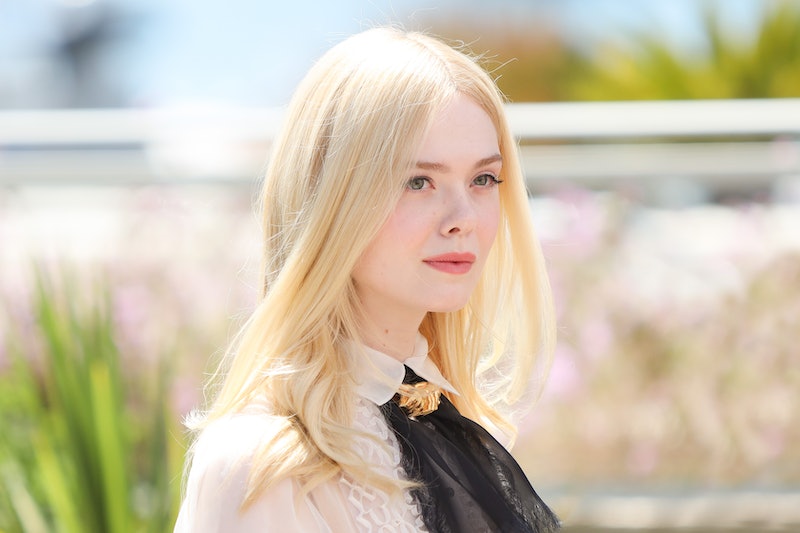 In a virtual Golden Globes red carpet interview with Giuliana Rancic, The Great star Elle Fanning revealed that she has tried her hand at TikTok dances — and posts them under a secret account.

"I created like, a secret TikTok account and I never changed my name," Fanning said. "So I kept it as like, 'user-85230,' whatever, and some people have found me but some people have not ... I try to be as weird as possible. So, look out for me." If you look hard enough, perhaps you'll stumble upon Fanning's dance skills on your FYP during your next scroll session.

She is not the only celebrity with a secret (or at least low-key) social media presence. In 2017, Lorde confirmed that she was the mastermind behind the onion ring ranking Insta @onionringsworldwide (which, thank the fried food gods, recently resumed posting this December after a years-long hiatus). And of course, during quarantine this summer, social sleuth Kelsey Weekman discovered what looks like Ben Affleck's Finsta, a private account called @positiveattitudehunting (a spoof of his Oscar-winning film, Good Will Hunting) — which, at the time, was followed by Jennifer Garner and Ana de Armas. And who could forget about @cupofjoe? Joe Jonas' confirmed Finsta features sweet candids of travel, pets, and his growing family with wife Sophie Turner. Fanning is just the latest celeb to have their burner accounts revealed to the world — and we can't wait to see who else's may come next.