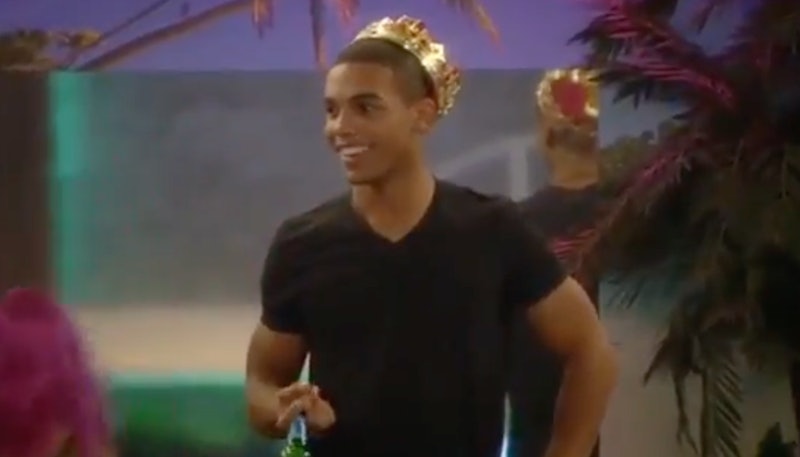 These days, Burnley-born actor Lucien Laviscount is best known as Emily In Paris’ resident football-loving-banker Alfie. But if the rising star looks strangely familiar, it might be worth casting your mind back to the heady days of Grange Hill, 2010-era Waterloo Road, and telly’s most claustrophobic house.

That’s right, following early roles in Waterloo Road (as rebellious student Jonah Kirby) and Coronation Street (Ben Richardson), Laviscount went onto appear on Celebrity Big Brother in 2011. Here, he earned the nickname Mumbles on account of him being quietly-spoken. As well as fellow housemates Tara Reid and Jedward, he also shared the infamous Big Brother house with Kerry Katona. Interestingly, during Laviscount’s grand entrance to the house, he didn’t rule out a CBB romance, revealing that he was open to meeting “someone cool.”

After reenacting an iconic scene from Dirty Dancing with TOWIE’s Amy Childs, Laviscount woke up in bed with her the next morning, though they both denied that anything other than sleeping had happened. Katona, meanwhile, pointed out that they kept flirting, and said that they would make a good couple. “I told you, Peter and Katie met in the Jungle,” she quipped, referring to Peter Andre originally meeting Katie Price on I’m A Celebrity… Get Me Out Of Here!.

Ultimately, nothing progressed between Laviscount and Childs. In fact, the Emily In Paris actor ended up dating Katona briefly after the show. During their short time together, they posed for a couple’s photoshoot in OK! Magazine. “There was a lot of sexual tension, definitely,” Katona told OK!. “If the cameras hadn't been there, God knows what would have happened!”

Elsewhere, Laviscount danced his way through multiple challenges, and successfully passed a particularly bizarre task which involved him dressing up as the Wicked Witch of the West from the Wizard Of Oz, and dodging all contact with water. Jedward, meanwhile, played the Munchkins, and Katona was cast as Dorothy — unfortunately failing her portion of the task because she stepped off the Yellow Brick Road to go for a cigarette. Laviscount made it all the way to the final week, eventually finishing in 5th place.

You can check out the actor’s CBB “Best Bits” for yourself, below.

More like this
Joey Essex Is Rumoured To Be Dating A 'Love Island' Favourite
By Sam Ramsden
'Love Island's Jess Wynter Is Keen To Avoid Making This Mistake Again
By Sophie McEvoy
'Love Island's Aaron Waters Is Determined To Do This One Thing In The Villa
By Sophie McEvoy
Gemma Atkinson & Gorka Márquez Are Strictly The Sweetest Couple
By El Hunt
Get The Very Best Of Bustle/UK
Sign up for Bustle UK's twice-weekly newsletter, featuring the latest must-watch TV, moving personal stories, and expert advice on the hottest viral buys.