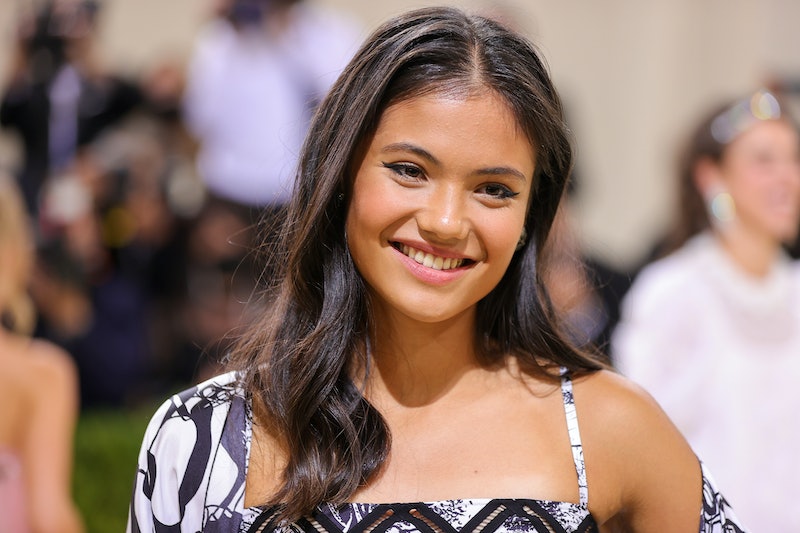 What a week for Emma Raducanu. Just days after her historic win at the US Open — becoming Britain's first female Grand Slam champion in 44 years — the tennis superstar made her 2021 Met Gala debut in New York.

The 18-year-old looked a far cry from her usual sporty self, swapping her tennis kit for Chanel as she graced the iconic Met Gala steps.

A style icon in the making, Raducanu wore a black and white geometric printed crop top with matching trousers and flowing shirt from the French fashion house, completed with a luxurious pearl body chain, earrings, and pointed patent boots.

The Met Gala outfit is suspected to be from Chanel’s Spring/Summer 2021 ready-to-wear collection, which some fashion insiders suspect could hint at Raducanu becoming the new face of the fashion house. Time will tell...

Anna Wintour’s annual fashion event inspired some pretty great looks, and saw the teenage tennis champion rub shoulders with a host of VIP celebrities. Those in attendance included Kristen Stewart, star of upcoming Princess Diana biopic Spencer, and Billie Eilish, who brought the Old Hollywood-inspired glamour she first debuted on the cover of British Vogue to the red carpet.

The Met Gala is just one way Raducanu has been celebrating her momentous US Open win over the past few days, which even saw her receive a congratulatory message from Queen Elizabeth II. On Instagram, she shared a cute video of her spotting her Nike ad on a New York billboard.

“Never thought I would see this... coolest thing,” she shared.