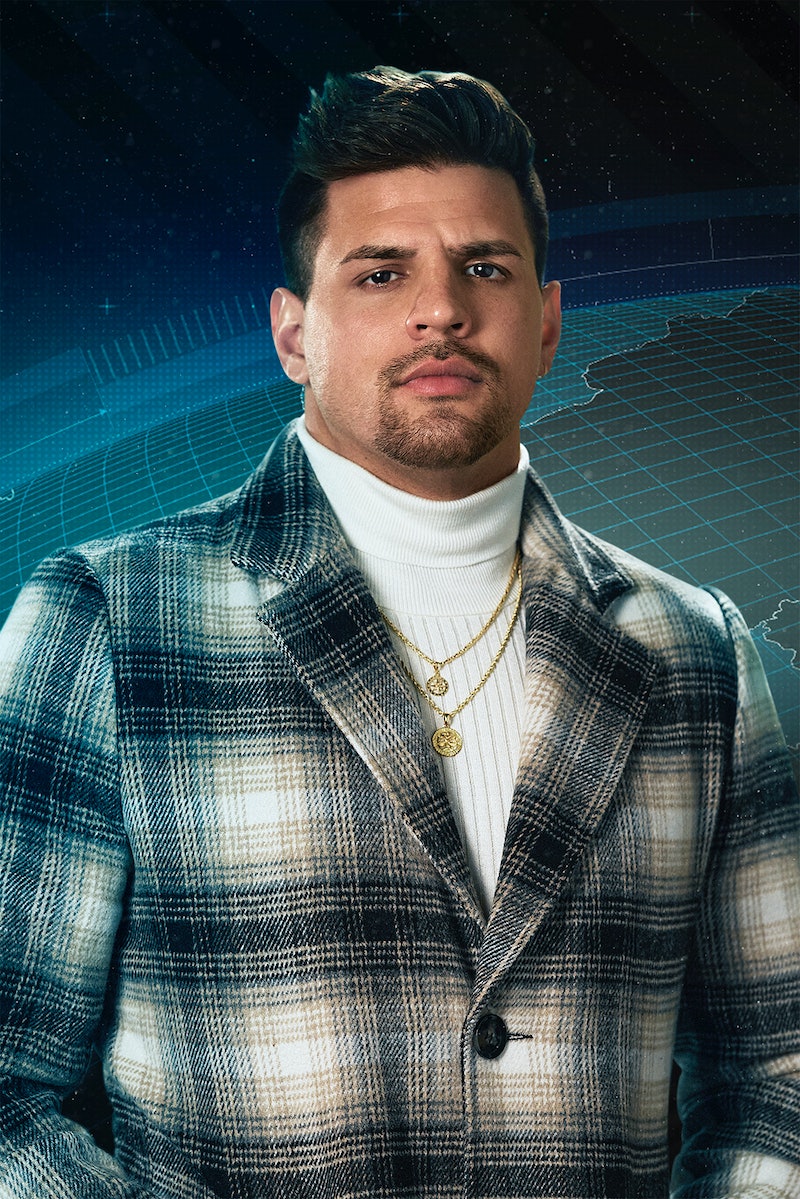 Spoilers ahead for MTV’s The Challenge: Spies, Lies & Allies Episode 1. Prior to starring on this year’s Spies, Lies & Allies season, Faysal “Fessy” Shafaat had only two other Challenge appearances on his resume: Total Madness and Double Agents. However, from the start of his Challenge journey, the former Big Brother contestant has gained friends and enemies. His decision to nominate himself into the Hall Brawl elimination against then-ally Nelson Thomas was one of the most shocking turns on Double Agents. Shafaat tells Bustle that he and Thomas “tried to patch things up” before filming Spies, Lies & Allies, but the premiere makes it apparent that Thomas remained resentful of Shafaat’s supposed betrayal.

The two-time Challenge finalist’s romantic life has also been at the center of the show. Following the first episode of Spies, Lies & Allies, fans can expect to see the beginning of a potential romance between Shafaat and Amanda Garcia, whom he depicts as “a very amazing, sweet woman.” There’s a lot in store for Shafaat this season, and ahead of the Spies, Lies & Allies premiere, he cleared the air on where he stands with Garcia and Thomas, being a Challenge vet, his thoughts on a particular rookie, and more.

You’re officially a Challenge vet. How does that feel?

It kinda feels good. When you first get on the show, they reach out to a lot of people from different shows all over the world. So it is a blessing, and it is a lot different than the show I come from — Big Brother. When you get on your first time as a rookie, that doesn’t mean you’re gonna get called back for another season.

Did anything about this season throw you off-guard?

The amount of global agents there was because usually we come in, and we have [a] couple agents from the U.K, like Kyle [Christie], Big T, maybe a couple more, and then maybe one or two international people. We came in this season, and half the cast was from all over the world. After Double Agents, I thought I was gonna come in this season and just be the number one target.

On the first episode of Spies, Lies & Allies, it looks like Nelson [Thomas] is still holding a grudge against you. Can fans expect to see some sort of forgiveness from Nelson?

We saw in the first episode him talking to everybody, saying he wants revenge. He didn’t tell me all that to my face when we walked in. He was obviously still upset. [Before] he was like, “Let’s put it behind us.” I was like, “Cool.” And now he’s telling everybody he’s out for revenge. I’m like, “Alright, well sh*t.”

What rookie did you have to keep an eye on after completing the first game?

Emanuel kind of reminded me of Jordan [Wiseley] a little bit. He was very crafty, very agile, and fast. Looking at him compete in the first challenge, I would say Emanuel is probably one of the most versatile, biggest threats.

It looks like things get romantic between you and Amanda [Garcia] on Spies, Lies & Allies. What’s going on there?

I like Amanda. When I saw her on War of the Worlds I, I was like, “Holy sh*t! This girl is a firecracker.” When I got to know her that first couple [of] days in the house, I was like, not only is she super sexy, but she has a great personality. She’s very sweet. She’s very nurturing.

What about this season of The Challenge did you enjoy the most?

Definitely the house. This house not only was breathtaking, but it had a lot of space. So I was like, “Yeah, we’re gonna compete for a million dollars, but this is gonna be a dope time with all these castmates and fellow people from all over the world.”

More like this
The 'Bachelor In Paradise' Schedule Shifts To 4 Hours Every Week After The Season 8 Premiere
By Brad Witter
Everything To Know About 'RHONJ' Season 13
By Brad Witter and Jake Viswanath
‘RHOSLC’ Star Jen Shah’s Arrest & Legal Drama, Explained
By Brad Witter and Jake Viswanath
Nicola Coughlan Shared A Lady Whistledown Excerpt From ‘Bridgerton’ Season 3
By Grace Wehniainen, Alyssa Lapid and Sam Ramsden
Get Even More From Bustle — Sign Up For The Newsletter