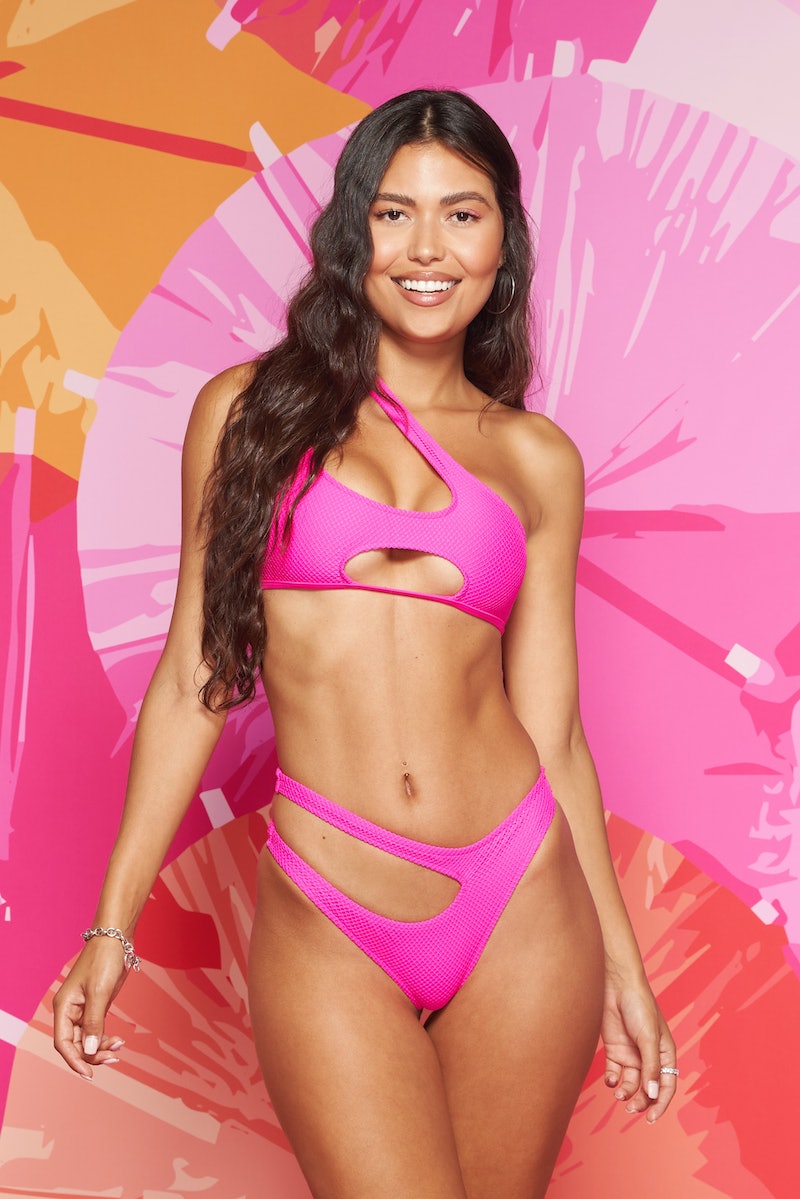 Love Island US star Florence “Flo” Mueller is used to her personal life causing a stir. Last September, the 26-year-old Miami resident made headlines while sailing around France in a yacht with friends, including Formula 1 champion (and Nicole Scherzinger’s ex) Lewis Hamilton. Photographers later spotted Flo and Lewis boarding a helicopter together as he departed for the 2020 Tuscan Grand Prix.

However, a source told The Sun that Lewis and Flo are “just good mates.” “She joined him on the boat as part of a group of pals with Lewis,” the insider claimed. “They get on but there's nothing romantic going on between them at the moment.” (Worth noting: Lewis has liked several of Flo’s Instagram photos, including one video from last October of her showering on the beach).

Since joining Love Island as part of Casa Amor, Flo has already shaken up the villa, kissing Will and making it clear that she isn’t intimidated by his relationship with Kyra. Here’s everything else to know about the new arrival.

After graduating from Florida International University in 2019, Flo took to Instagram to describe the “incredible feeling” of becoming the second person in her family to graduate from college. “This is such a major accomplishment & milestone in my life; reminding me that I can do anything that I set my mind to, if I work hard enough,” she captioned her cap and gown photo, thanking friends and family for supporting her. “I’m so excited to see what the future holds. Feeling SO grateful and monumentally blessed.”

Since then, Flo has been working as a model and is managed by Next Models Miami. In November 2019, she modeled in and evaluated Jennifer Aniston-inspired knitwear for The Sun, noting on Instagram that the photos marked her “first time being published.” She’s also modeled for Farruko, Sech, and the swimwear company Boutinela. In November 2020, she appeared in rapper Myke Towers’ music video for the remix of “La Tóxica.”

Much like Will, Flo is a vegan and speaks some Spanish. In between modeling pics, she’s used her Instagram page to support the Black Lives Matter movement, including a link to ways followers can support BLM in her bio and posting a handful of times over the last year. “Things need to change,” she captioned a June 2020 Blackout Tuesday post. The following month, she wrote, “BLM posts have been slowing down lately, so here’s another reminder.”

On TikTok, Flo boasts more than 280,000 followers and mostly posts outfit and dance videos. Her most recent upload is from June, where she showed off some moves to the tune of “His & Hers” by Internet Money and Gunna. “Haven’t learned a dance in so long but I love this song,” she captioned the clip. Another post showing her modeling an all-white outfit on a balcony in May racked up more than 77,000 plays.