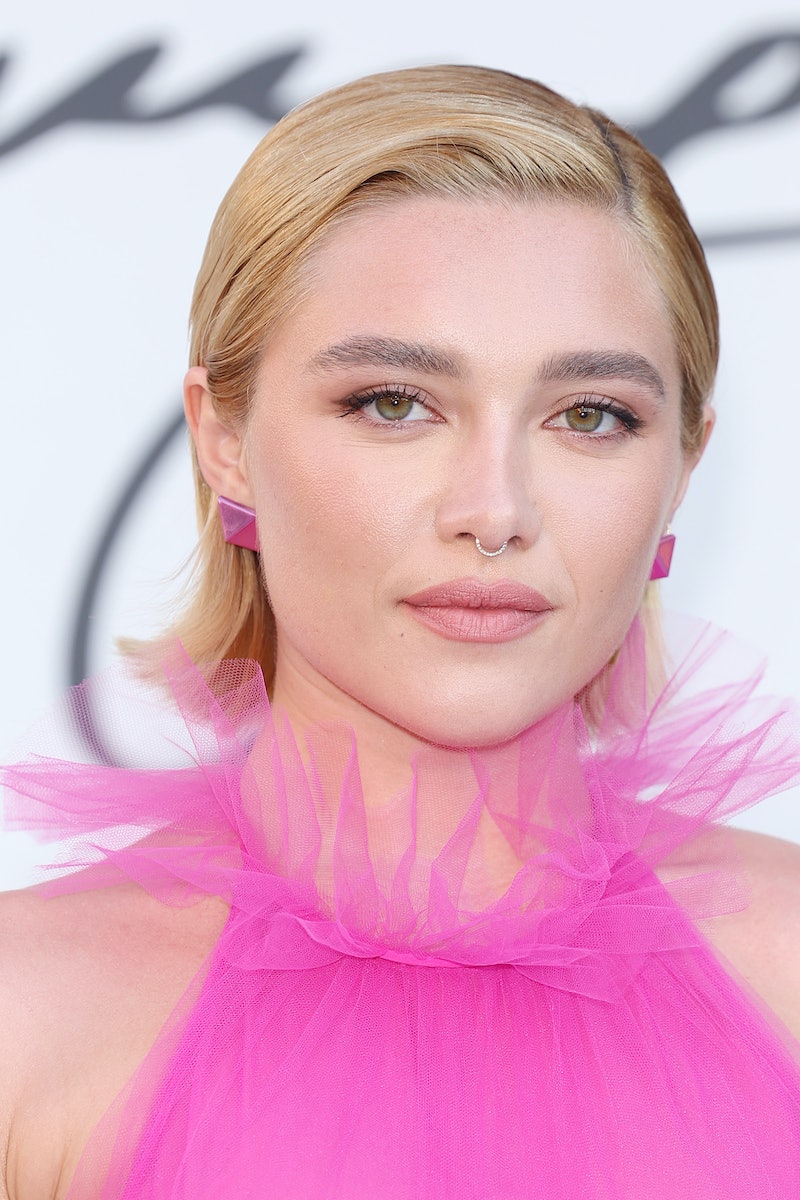 It’s no secret that Olivia Wilde’s Don’t Worry Darling is going to be a steamy (and suspenseful) film. That very first trailer teased scenes of Florence Pugh and Harry Styles’ characters in various romantic moments — from making out in a moving car (dangerous!) to having sex on a kitchen table. As Pugh recently told Harper’s Bazaar for her September cover story, she understands how anticipation for *that* particular part of the movie took off — but attention grabbing sex scenes are “not why [she’s] in this industry,” she explained.

“When it’s reduced to your sex scenes, or to watch the most famous man in the world go down on someone, it’s not why we do it ... Obviously, the nature of hiring the most famous pop star in the world, you’re going to have conversations like that,” Pugh said.

Pugh specifically praised the nurses and crew members who came to set in the wee hours of the a.m. “If I shout about one thing, it’s that these people made that movie happen,” she said. “They came to work every day on time and fully respected the process.”

Styles, for his part, has also tried to pivot the conversation away from the steamy specifics — when possible. Yes, when asked, he did tell Howard Stern exactly how much nudity to expect from him in both Don’t Worry Darling and My Policeman, the upcoming period romance out later this fall. “I wasn’t naked in Don’t Worry Darling,” he clarified, when asked by the radio host. “I was naked in My Policeman. There’s no peen in the final cut. There’s bum bum.”

But Styles also said that trust was more important than anything else when filming a sex scene — an idea he later reemphasized in a recent interview with Capital FM. “All I can say, from my own experience, is that I was very lucky to have a very trusting relationship within the people that we were working with, and that kind of came first,” he said of working on both films. “It was all discussed and all of it was very kind of, ‘OK, above the filming, above anything that's happening with the cameras, it’s me and you, we're doing this together, and we trust each other, and if at any point, we can stop whenever,’ and all that kind of stuff.”