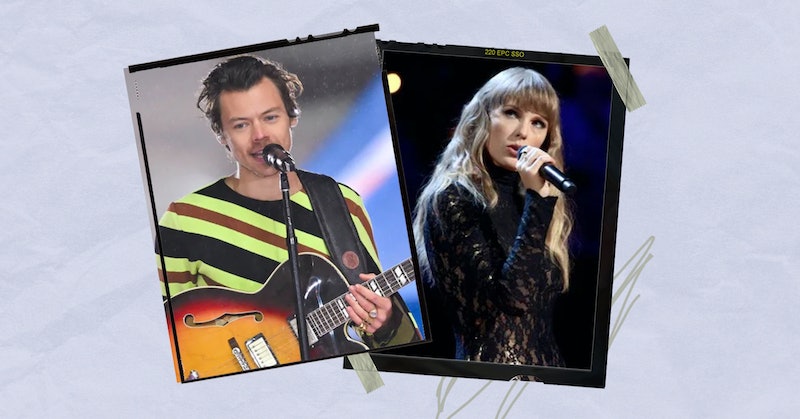 The celebrity couple known as Haylor may no longer be together, but clearly, the exes are still fond of each other. During his One Night Only show in London on May 24, Harry Styles performed a snippet of his ex-girlfriend Taylor Swift’s hit song “22,” sending the crowd into an absolute frenzy.

It all started when Styles interacted with the audience during the show and a fan yelled that it was her 22nd birthday. He responded by exclaiming “22!” before going into Swift’s famous song of the same name, just loud enough for fans to realize what he was doing. “I'm feeling 22,” he softly crooned, getting massive cheers from the crowd.

This is not the first time that Swift has somehow come up in Styles’ life recently. Just days before the show, the “As It Was” singer addressed a fan theory that “Daylight,” from his new album Harry’s House, was a nod to Swift’s 2019 track of the same name. When radio host Howard Stern first asked the question in a May 19 interview, he laughed it off with a “here we go” before telling the truth. “You're reading too much into it,” he said. "You know I'd love to tell you that you're spot on, but I can't. No, sorry.”

Swift and Styles dated on-and-off throughout the fall of 2012 before splitting right after the New Year in January 2013, which was revealed with this iconic photo of Swift leaving the Virgin Islands on a boat alone. While their whirlwind romance was brief, it provided tons of inspiration for their music. Many songs from Swift’s 1989 album are purported to be about Styles, including “Out of the Woods,” “All You Had To Do Was Stay,” and the obviously titled “Style,” while fans speculate that the One Direction alum’s 2017 track “Two Ghosts” is a response to “Style.”

Obviously, the former couple have both moved on with their respective significant others. Swift has been in a relationship with actor Joe Alwyn, who has inspired much of her music since 1989, since 2016, while Styles has been dating Olivia Wilde since January 2021 after meeting on the set of Don’t Worry Darling. In his interview with Stern, Styles made a rare comment about Wilde, saying he gained trust in the director and had a “wonderful experience” on set. “Acting is very uncomfortable at times. I think you have to trust a lot,” he explained. “Being able to trust your director is a gift.”