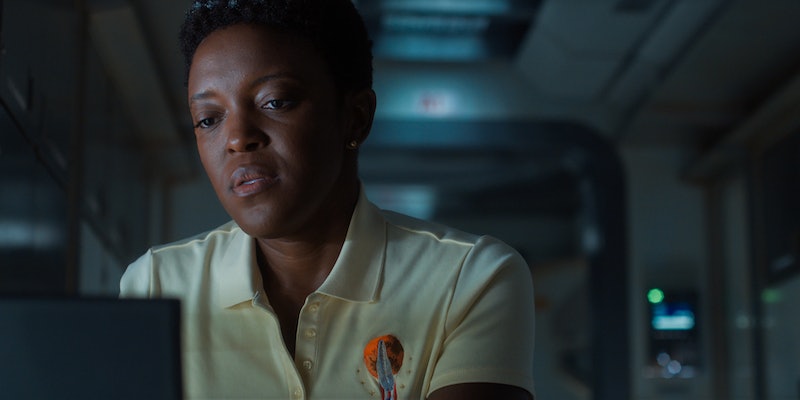 Major spoilers ahead for For All Mankind Season 3. In one giant leap for the Apple TV+ sci-fi drama, For All Mankind has been renewed for a fourth season on the heels of the finale of its third season. The series revolves around one hypothetical question: What would the world be like if NASA had not sent the first men to the moon? Throughout its three seasons so far, For All Mankind has traced an alternate history where the space race between the U.S. and U.S.S.R. continued into the ‘80s and ‘90s, expanding into what society would look like if increased funding was allocated to space programs and exploration.

Series co-creator Ronald D. Moore told Collider that the minds behind For All Mankind “talked about having a seven-year plan,” so it's no surprise that the streaming giant approved the show for a fourth season back in July. In fact, Moore noted that, after the creation of Season 3, the team has “gotten to the point where we've seen potentials for what's past season seven. I could see what season eight is and nine.” Needless to say, For All Mankind’s pulse is strong.

The final episode of the show’s third season aired on August 12, revealing some emotional twists and unexpected secrets. This season had been all about the race to get to Mars between the U.S., U.S.S.R., and a private aerospace company called Helios. In the finale, it’s revealed that North Korean astronaut, Lee Jung-Gil (C.S. Lee), was hidden on the red planet throughout the season, making him the first human on Mars.

And while this is a shocking twist, the last episode of the season didn’t stop there. In the final moments of the finale, one last bomb is literally dropped in For All Mankind. An extremist group bombs NASA. Karen Baldwin (Shantel VanSanten) and Molly Cobb (Sonya Walger) are found dead in the explosion in a major, emotional plot twist. The office of Margo Madison (Wrenn Schmidt) is destroyed in the blast, suggesting that she is dead but that’s not the case. The episode ends by revealing Margo waking up in the U.S.S.R. in the year 2003, setting up the timeline for the next season.

So, what does all that mean for the next installment of the show? We’ll just have to wait and see. For now, here’s everything we know about Season 4 of For All Mankind, including plot details, the cast, and a potential premiere date.

For All Mankind Season 4 Cast

New characters are likely to be introduced for Season 4, given the time jump and current plethora of unanswered questions. Until there’s an official casting announcement though, all we can do is wait!

For All Mankind Season 4 Plot

Series co-creator Ben Nedivi gave some insight into the show’s progression at the For All Mankind Comic Con panel in July 2022. “Ron, Matt and I have always had a long-term plan for the show and the deeper we get into our alt history, the more the audience will start to see that vision come to life,” Nedivi said. Since the show has progressed to a new decade each season, and Season 3 takes place in the 1990s, fans can expect Season 4 to take place in an alternate version of the 2000s. Co-creator Matt Wolpert confirmed this at the Comic Con panel, stating he “couldn’t be more excited to continue evolving our show into the 2000s in Season 4.”

No other official information has been released about the plot of Season 4. Potential guesses about the story could include dissecting the rescue of the U.S./U.S.S.R./Helios team stuck on Mars at the end of Season 3, or the details of NASA’s control room, now that Margo has made the jump to the U.S.S.R. It seems clear, though, that the space race between the U.S., U.S.S.R., Helios, and any other companies will continue as the driving force of For All Mankind’s plot.

For All Mankind Season 4 Premiere Date

This article will be updated as more information about For All Mankind Season 4 becomes available.

More like this
Everything To Know About 'Severance' Season 2
By Kadin Burnett
HSMTMTS Season 4 Will Include A Major Nod To The Original 'High School Musical' Movies
By Brad Witter
'Rap Sh!t' Season 2 Is Officially Happening & Will Include "More Seducing & Scheming"
By Brad Witter and Grace Wehniainen
'Fate: The Winx Saga’s Cliffhanger All But Begs For A Season 3 Renewal
By Brad Witter
Get Even More From Bustle — Sign Up For The Newsletter