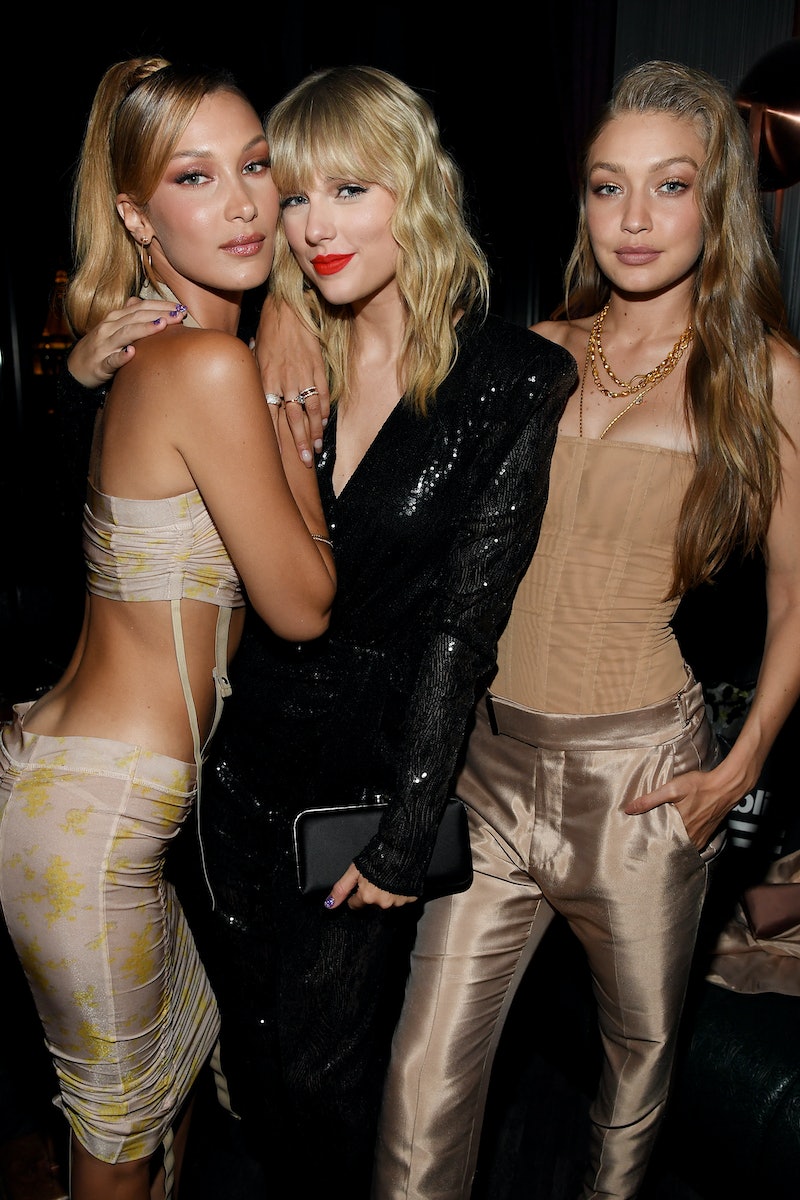 Gigi and Zayn's days-old daughter already has her first Taylor-made present. New mom Gigi Hadid shared a photo of Taylor Swift's baby gift for the girl she and Zayn Malik welcomed earlier this week, noting in a Friday, Sept. 25 Instagram story that "auntie" Taylor crafted the pink blanket herself. The image also gave a glimpse of the newborn's tiny hand peeking out of a long-sleeved white Versace logo shirt — a gift from another famous auntie, Donatella Versace, as Hadid also wrote over the image.

In later posts, the 25-year-old model also shared pictures of flowers she'd received from her fashion line collaborator Tommy Hilfiger, as well as Instagram fashion partnership director Eva Chen, after giving birth to the baby whose name she and Malik have yet to publicly share.

The couple announced their "healthy and beautiful" baby girl's arrival via social media on Wednesday, Sept. 23. "To try [to] put into words how i [sic] am feeling right now would be an impossible task," the former One Direction band member captioned his post. "The love i feel for this tiny human is beyond my understanding. Grateful to know her, proud to call her mine, & thankful for the life we will have together x." The following day, Hadid posted a black-and-white photo, writing that she was already "so in love" with her first child.

Theirs isn't the only famous baby to have recently received a one-of-a-kind gift from Swift. In a Sept. 14 Instagram post, Katy Perry shared the baby blanket Swift sent her with her 107 million followers. "Miss [Daisy Dove] adores her hand embroidered blankie from miss @taylorswift," wrote the singer, who announced the arrival of her daughter with actor Orlando Bloom on Aug. 26. "Hope it's one she drags around for years till it becomes an unrecognizable shred that she keeps in her pocket as a teenager."

Sending thoughtful baby gifts seems to have become one of Swift's things. In her song "Invisible String," off her latest album, Folklore, she sings, "Cold was the steel of my axe to grind / For the boys who broke my heart / Now I send their babies presents." The lyrics have sparked internet speculation that she was referring to ex Joe Jonas, whose wife, actress Sophie Turner, was reported to be pregnant in February. Clearly, Hadid and Malik's little one is in good company as the recipient of one of her auntie Taylor's gifts, and she's racking up quite the collection of goodies.