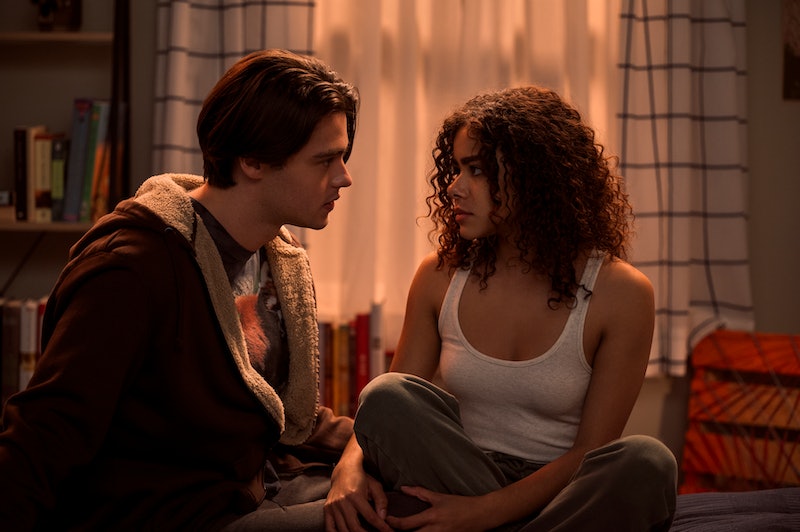 Almost two years have passed since the Ginny & Georgia Season 1 finale left viewers pondering a major cliffhanger. Picking up right where they left off, Season 2 finds Ginny (Antonia Gentry) figuring out how to live with the realization that her mom, Georgia (Brianne Howey), murdered her stepfather to protect her. With a wedding to plan, Georgia would rather leave the past in the past. By the time the more recent finale cliffhanger arrived, it became clear what Netflix meant when they teased that “the funny thing about Georgia’s past is that it never stays buried for long.”

Ending with so many unanswered questions, a Ginny & Georgia Season 3 practically seems inevitable. Though Netflix has yet to renew the mother-daughter drama, series creator Sarah Lampert already has some ideas brewing, too. “Season 1 was a coming-of-age story for both Ginny and Georgia, and I think Season 2 is a continuation of that,” she recently explained to Tell-Tale TV. “They’re both going to have to really get to know each other on a deeper level this season, specifically to set them up for where I want this to go in Season 3. If we get it.”

While you await an official announcement either way, here’s everything we know about a potential Ginny & Georgia Season 3.

“One of the best parts of Season 2 is we get to see an entirely new side of every single character,” Howey told Bustle before Ginny & Georgia’s second season premiered in January. “You really see the other side of the coin.”

The second season begins with the titular mother-daughter duo at their lowest points. “The journey from where Ginny starts at the beginning of Season 2 to where she ends is a long one,” Gentry explained to ScreenRant. “She has to get from zero back to ten. We start at zero. We start at rock bottom.” Of course, the events of the finale could very well dial back that progress though, pending the reveal of Georgia’s fate, a storyline that would more than likely kick off a potential third season. Expect plenty more plot twists, surprises, and heart-wrenching moments, too.

After the series debuted in February 2021, Netflix announced the Season 2 renewal about two months later. Filming reportedly took place from late November 2021 until late April 2022, ahead of a January 2023 premiere. Howey previously addressed the delay with E! Online, explaining that the streamer translates Ginny & Georgia into 180 different languages. “That takes about four months,” the actor noted in October 2022. “So it’s actually not the show itself. The show is done.” If production on a potential third season follows the same schedule, Ginny & Georgia likely won’t return until 2024.

This post will be updated as more Ginny & Georgia Season 3 details become available.

More like this
'The Crown' Season 6 Has Suspended Filming "Out Of Respect" For The Queen's Death
By Bustle Staff
Netflix Shut Down 'Bridgerton' S3 Rumours About A “Very Dark” Storyline
By Bustle
The 'Freeridge' Cast Shared Their Hopes For A Potential Season 2
By Grace Wehniainen
Ozzie’s Coming Out Scene With Kitty On 'That ’90s Show' Has Twitter Sobbing
By Brad Witter
Get Even More From Bustle — Sign Up For The Newsletter
From hair trends to relationship advice, our daily newsletter has everything you need to sound like a person who’s on TikTok, even if you aren’t.