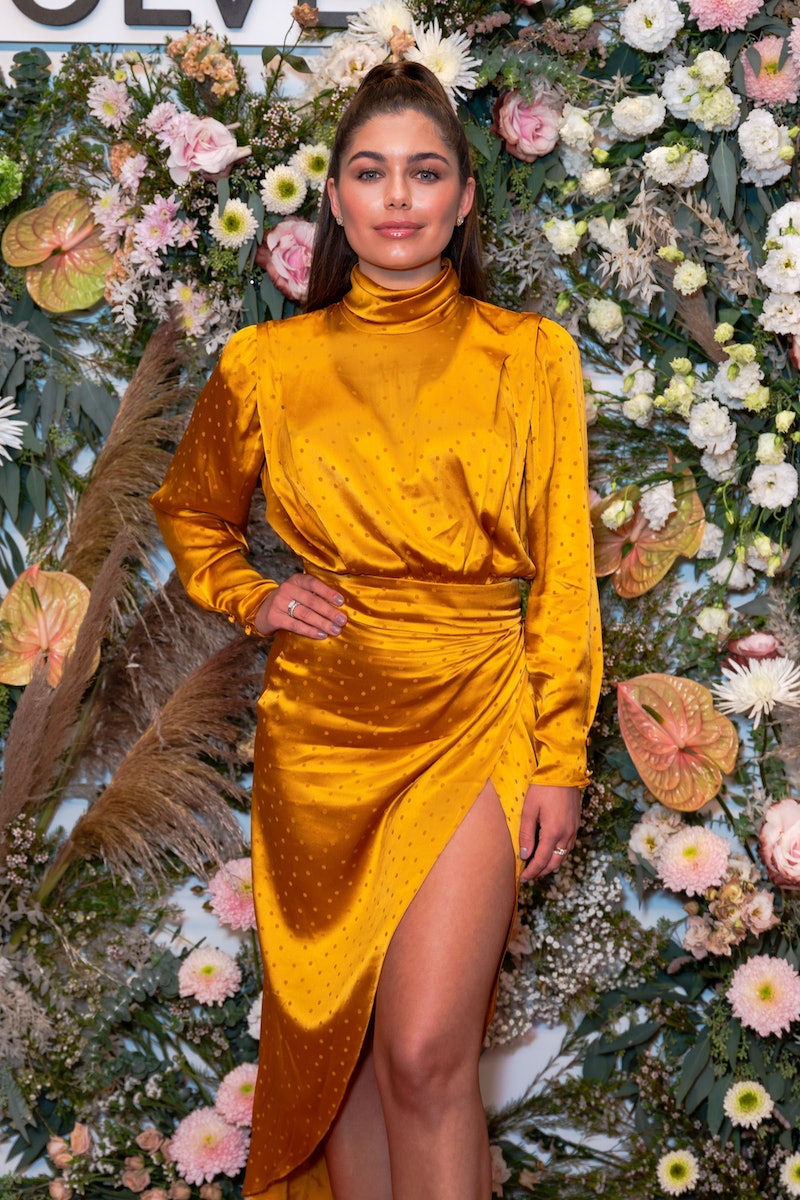 TikTok, the platform that keeps on giving, has found a new purpose as a recourse for scorned exes to throw shade at their former fiancés, one shady audio clip at a time. At least, that’s what former Bachelor contestant Hannah Ann Sluss just used it for.

Here’s what went down: Former Bachelorette Hannah Brown wrote a memoir, and it’s full of salacious details, including hooking up with Peter Weber, a contestant who went on to be the Bachelor. In God Bless This Mess: Learning to Live and Love Through Life’s Best (and Worst) Moments, Brown wrote she and Weber “ended up in bed together” after mutually attending the engagement party of fellow franchise stars Dylan Barbour and Hannah Goodwin. The problem is that, at the time, he and Sluss were apparently “having troubles,” according to Brown’s recent People interview, and his season was still airing when it happened.

On Nov. 18, Weber confirmed the rendezvous on his Bachelors in the City podcast. “We spent the night with each other, and that was it,” he said.

That same night, Sluss took to TikTok, where she has over 600,000 followers, and uploaded a video of her lip-syncing to the audio, “That was embarrassing, I really hope you’re embarrassed.” The accompanying text read, “When the tea officially spills...,” and she captioned it, “Always trust your instincts ladies” with a teapot emoji.

Though she didn’t explicitly say who the video was about, the comments section was rife with Weber and Brown references, and she responded to a number of them with different emojis, including clapping, hearts, and laughing ones. “[Dodged] a whole missile,” one follower wrote. Others added, “You called it from the start” and “Yall remember she tried to warn us after,” referring to Sluss calling Weber out during the After the Final Rose special, where she revealed Weber still talked to her about Brown when they were engaged.

“I should’ve really picked up on the first red flag you gave me — that you wanted to reach out to Hannah Brown to find closure with her,” she told Peter during the episode. “So really, looking back on it, our engagement involved three women: Me, you still being in love with Madison [Prewett], and you needing closure with Hannah Brown.”

On other comments, she acknowledged she “never” responds to anything. When fellow franchise star Tammy Ly commented, “HANNAH ANNNNNN I cannot” with skull and laughing emojis, Sluss wrote, “I never do this.”

*ABC announcer voice* This is the most dramatic TikTok in Bachelor history.

More like this
Hannah Ann Got Engaged 3 Years After 'The Bachelor' & The Proposal Was Dreamy
By Grace Wehniainen
Zach Reveals The Chaotic 30 Minutes That Were Cut From ‘The Bachelor’ Premiere
By Grace Wehniainen
'Bachelorette' Vet Clare Crawley Unveiled 2 Special Wedding Day Accessories
By Stephanie Topacio Long
10 Photos Of The Wildest Limo Arrivals From 'The Bachelor' Premiere
By Brad Witter
Get Even More From Bustle — Sign Up For The Newsletter
From hair trends to relationship advice, our daily newsletter has everything you need to sound like a person who’s on TikTok, even if you aren’t.