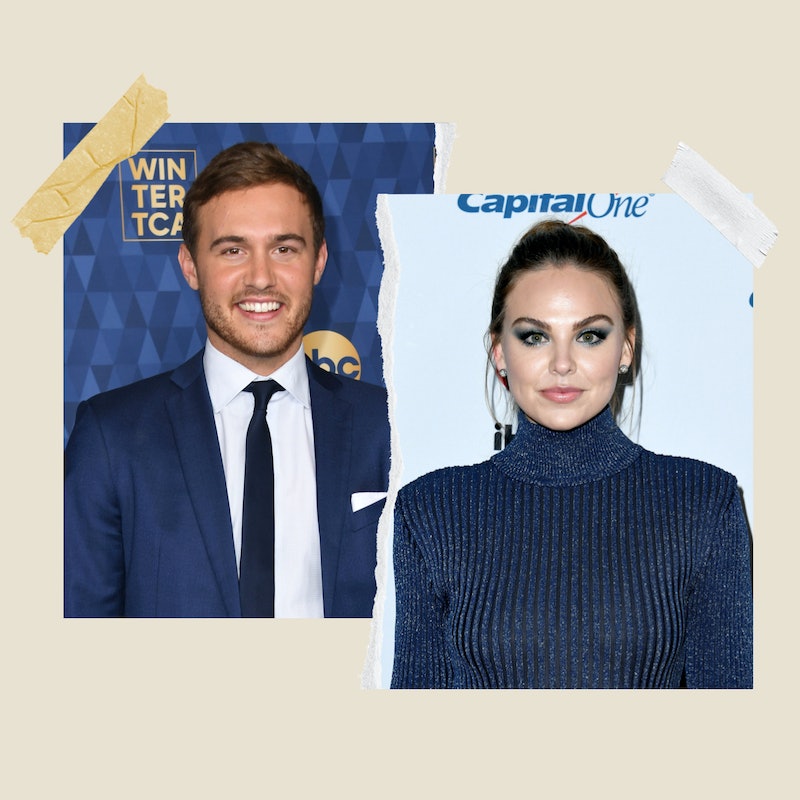 Well, the rumors are true: Hannah Brown and Peter Weber hooked up as his season of The Bachelor aired on TV. Weber confirmed the former Bachelorette’s recent recollection of their rendezvous — which took place after a February 2020 engagement party for Bachelor in Paradise stars Dylan Barbour and Hannah Godwin — on the Nov. 18 episode of his Bachelors in the City podcast.

“We spent the night with each other and that was it,” Weber said in an exclusive clip provided to Us Weekly, revealing that producers specifically asked him not to attend the celebration as his season was airing. “That was the last time that I saw her physically.” However, both Weber and Brown soon realized they no longer had any chemistry.

“I agree with what she said,” Weber said, corroborating Brown’s story. “It wasn’t the same as I think we had originally felt. But nonetheless, it was great to talk and just have someone that kind of understood where I was coming from.” The duo formerly dated on Brown’s season of The Bachelorette, but she ultimately got engaged to contestant Jed Wyatt, who she broke up with before the finale aired.

Although Brown didn’t reveal if she regretted sending Weber home, she did tell People that their breakup was tough. “I was so upset breaking up with him,” she said in this week’s issue of the magazine. And things got even more difficult when she paid him a visit on The Bachelor. “Going back and seeing him as the Bachelor, it brought up a lot,” she said, revealing that the 30-year-old pilot told her he would “quit the show, 100 percent, if I could say that I wanted to be with him.”

At the time, Brown couldn’t make any promises about their potential future together. “I wanted to go on a date with him, but I couldn’t say that I knew for sure,” she explained. Weber, for his part, went on to film the rest of the season and proposed to contestant Hannah Ann Sluss during the finale. But alas, the two split before the After the Final Rose special, and Brown had something to do with it.

On the Bachelor Happy Hour podcast in March 2020, Sluss revealed that her former fiancé asked if it was OK if he contacted Brown for “closure.” “He tried to convince me that I should feel comfortable with that, and I’m like, ‘We’re engaged!’” she said. Sluss also revealed that she was completely unaware that Weber and Brown were “all cozy-cozy, up on a couch, him crying, and her possibly coming back in the house” when the Dancing With the Stars winner briefly appeared on his season.

Considering their chemistry and Weber’s offer to leave the show to pursue a relationship with Brown, it should come as no surprise that they re-explored their connection at Barbour and Godwin’s party. “He was like, ‘I have so much to tell you,’” Brown recalled, disclosing in her book God Bless This Mess that they wound up in bed together. “The chemistry just wasn’t there. It just sucked. And then, I found out he had another girl [runner-up Madison Prewett] on his mind. It was all so bizarre.”

Fortunately, Brown has since moved on. In February 2021, she confirmed her relationship with PR director and model Adam Woolard. The happy couple is all over each other’s Instagram feeds, and Brown wishes Weber nothing but the best. “Things might not have turned out the way I expected, but I try to learn from every moment,” she told People. “I don't wish ill on anybody. And I’m in a really good place.”