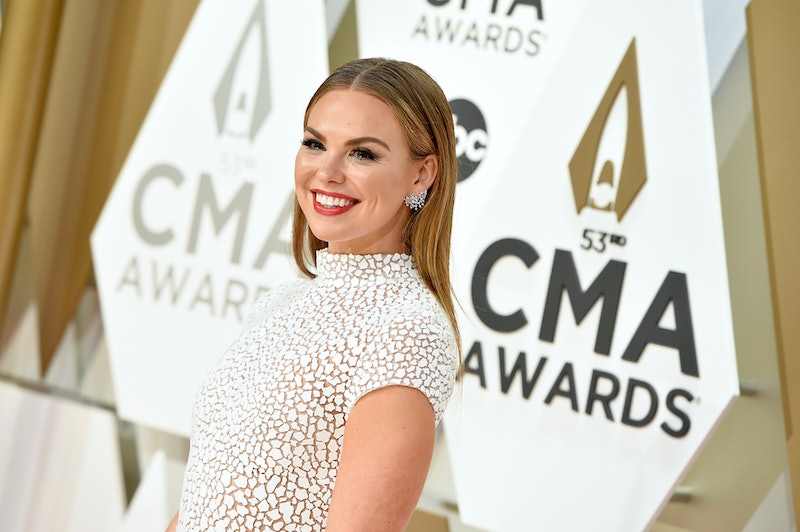 A former Bachelorette is ready to put herself back out there and find love — with a little guidance from a professional. In a recent video for her YouTube channel, Hannah Brown met with a life coach and former matchmaker to talk about her decision to start dating again, and the best way for her to find love. "I'm back in the dating game," Brown said, introducing her friend and coach Nora Dekeyser and adding that she needs "help because lord knows, it hasn't gone well in the past. But we're going to change that!"

Explaining that she hasn't dated since starring on The Bachelorette, Brown revealed that she needed to take some time to focus on herself and figure out what she really wants. "If you don't know yourself completely or you lose sight of that, it becomes, 'What do I want? Who do I want to be with?'" she recounted. "It got really hard for me, and so for a while, I tried to numb it as much as possible. I was like, 'I can't deal with that right now, so I'm just going to focus on me.'"

It wasn't until quarantine that Brown had time to process what happened on the reality show and her broken engagement to Jed Wyatt. "I've been really trying to process that and know what I want," she explained, revealing that she has finally reached a point where "I think I am truly ready to give and receive love again, but it definitely has been a journey." And that journey has taken her to a dating app, in order to try and meet new people once again.

"I've been wanting to go on dates, but I've been like, 'I don't know how to meet anybody,'" Brown said, revealing that she was hesitant to get on the apps at first. "I was like, 'Do I do that? I don't know. Should I do that?'" After she was "ditched" one too many times by a guy she was casually seeing, Brown ultimately decided to let go of her self-consciousness and give dating apps a shot.

Though she's been on a few dates since she's joined the apps, some of which she recently chronicled on her YouTube channel, Brown admitted that she hasn't met anyone she's particularly infatuated with just yet. As frustrating as that has been for her, the TV personality is staying positive that she will find her dream man — and she and Dekeyser know exactly what she's looking for. "There has to be something about them that's super confident and open," she revealed, adding that she also wants someone who is "honest" because she "already [had] issues with that" in her past relationships.

She continued by adding that she wants somebody who is "passionate" and "wants to succeed in whatever fuels them," before noting that she's looking for someone "of similar faith" as well. "For me, that's something really important," Brown said. "If we don't have similar beliefs, I don't want to get in a situation where that becomes something that we really should have talked about earlier." More than anything, the former Bachelorette wants "somebody fun" who will can push her out of her shell but who will also keep her grounded as she works toward her dreams.

While she admitted that she sometimes wonders if the perfect man who meets all of her criteria is even out there, Brown promised Dekeyser that she would continue to be open to meeting new people while also still working on her relationship with herself. "I'm going to continue to put myself out there, and go on dates," she said. "The more I'm working on me and that journey is really important. I'm really clear about what I want and what I expect."

More like this
'Bachelorette' Vet Clare Crawley Revealed Her Stunning Wedding Photos
By Stephanie Topacio Long
10 Photos Of The Wildest Limo Arrivals From 'The Bachelor' Premiere
By Brad Witter
Hannah Ann Got Engaged 3 Years After 'The Bachelor' & The Proposal Was Dreamy
By Grace Wehniainen
'Bachelorette' Vet Clare Crawley Unveiled 2 Special Wedding Day Accessories
By Stephanie Topacio Long
Get Even More From Bustle — Sign Up For The Newsletter
From hair trends to relationship advice, our daily newsletter has everything you need to sound like a person who’s on TikTok, even if you aren’t.