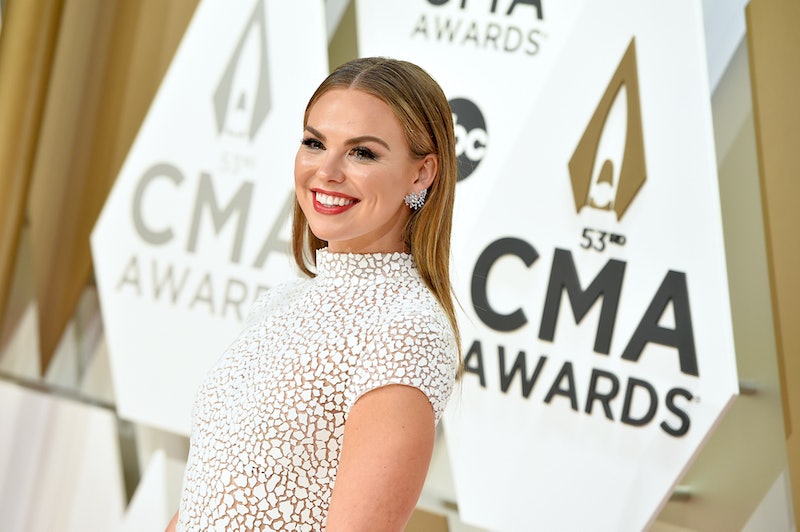 Alabama Hannah hasn't given up on finding "the one" — but Bachelor Nation shouldn't expect her to continue that search on the small screen. During a recent appearance on Entertainment Tonight, Hannah Brown said she probably won't do The Bachelorette again, after months of speculation that she would return to the reality show, sparked by her appearance on Peter Weber's new Bachelor season.

"I don't know [if I'd be the Bachelorette again]!" Hannah said, adding that "there was a lot of hard and bad [things]" that came with starring on the franchise. "I mean, hello. Did we see my ending?" she joked. Hannah famously chose country singer Jed Wyatt over runner-up Tyler Cameron on The Bachelorette, only to discover that he lied to her about having a girlfriend when he came on the show. She asked Tyler out on a date on the After the Final Rose special, but things fizzled out between the two and he he was soon linked to model Gigi Hadid.

Despite ending her time the show in heartbreak, Hannah revealed that she still believes that The Bachelorette can work out for its contestants. "I think it's had a lot of success in the people that are together are very happily together," she said. "So, of course, I want that, but it doesn't have to be as the Bachelorette."

Not only is she done with The Bachelorette, Hannah's also done with her Bachelorette suitors. She recently made it very clear that she's not dating the current Bachelor, Peter. "Am I dating anyone? Nope," the Dancing with the Stars champ said on an Instagram Live after being asked about her relationship status amid rumors of a reconciliation with Peter.

It looks like, after her most recent Bachelor appearance, Hannah might be done with reality dating for good. In the first hours of the season, Hannah came face to face with the pilot for the first time since their breakup in Cyprus, and confessed that she had "regrets" about eliminating him during her time on the show. Despite asking her to think about joining the rest of the women competing for his heart, Peter decided to continue on his Bachelor journey without Hannah, and it's unclear if she'll return for more episodes.

Hannah may not have gotten her happily ever after during her time on The Bachelorette — or during her brief appearance on Peter's season of The Bachelor — but she's still hoping to find "the real kind" of love in 2020, even if it's not chronicled onscreen.