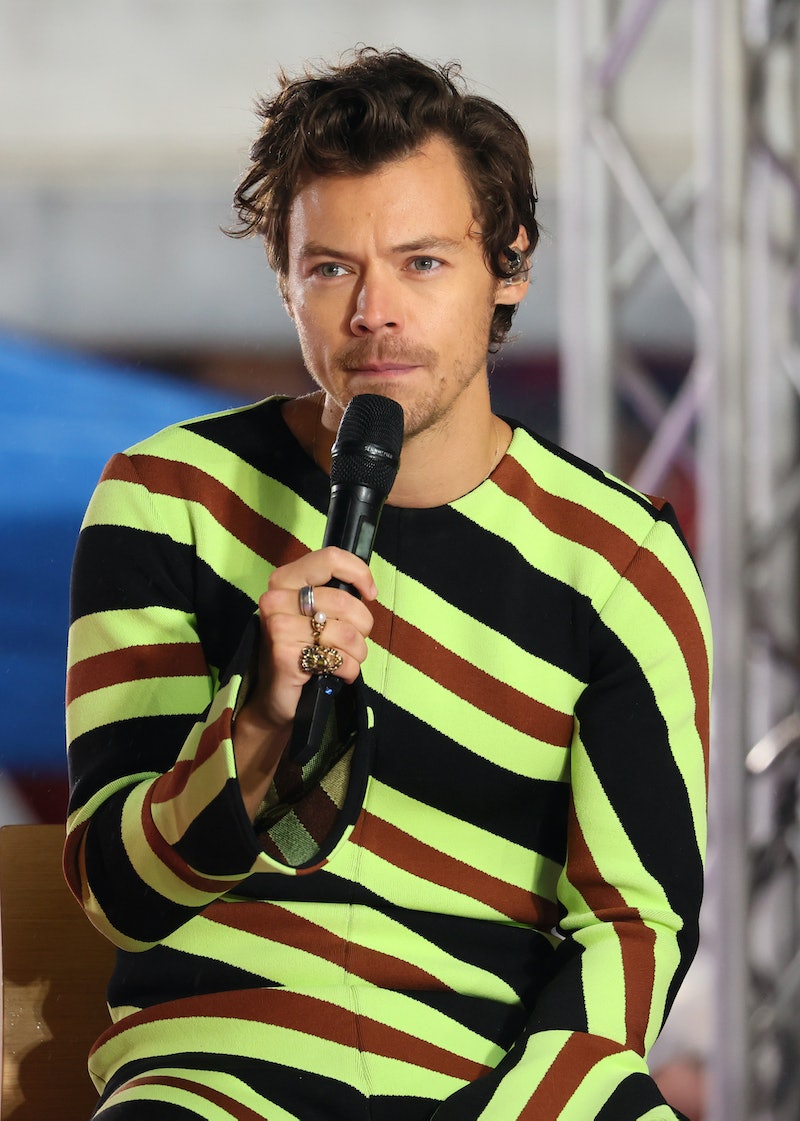 In the days following the shooting at Robb Elementary School in Uvalde, Texas, in which 19 students and two teachers were killed, many celebrities joined the ongoing call for gun control — and on May 27, Harry Styles voiced his support for the cause, too. “Along with all of you, I have been absolutely devastated by the recent string of mass shootings in America, culminating at the latest in Robb Elementary School in Uvalde, Texas,” the “As It Was” singer wrote in an Instagram post.

Styles announced that his tour would partner with Everytown for Gun Safety, an organization dedicated to ending gun violence that is comprised of “more than 8 million mayors, teachers, survivors, gun owners, students, and everyday Americans,” per the official website. During Love on Tour, he will be “donating to support their efforts, and sharing their suggested action items,” Styles continued. He also shared a gun violence statistic from the organization — that “firearms are the #1 leading cause of death for American children and teens.” (Styles’ fellow musicians Ariana Grande and Selena Gomez also encouraged their followers to support Everytown earlier in the week.)

So, what will the donation look like? Live Nation announced that they would be matching the musician’s donation to the Everytown for Gun Safety Support Fund — which, they wrote on Instagram, amounts to “over $1 million and counting.”

As Styles pointed out in his post, the Uvalde, Texas shooting is the latest in a long series of mass shootings — including in Buffalo, New York, where 10 people were killed at a Tops grocery store May 14. There have already been 27 school shootings in the United States in 2022, according to Education Week.

Of course, this isn’t the first time that Styles has shown his support for those working to end gun violence. In 2018, following the Feb. 14 shooting at Marjory Stoneman Douglas High School in Parkland, Florida, Styles posted a photo wearing a March For Our Lives T-shirt (and encouraged his followers to sign the group’s petition, too). The march took place that day, March 24, in Washington, D.C., and he sent love from Oberhausen, Germany.

That same year, he sported an “End Gun Violence” sticker on his guitar during a show in Dallas, Texas, following an earlier school shooting in the state at Sante Fe High School, where 10 people were killed.

It looks like Styles is going to keep speaking out as long as he has to — and he’s putting his money where his mouth is, too.

More like this
Harry Styles Just Split His Pants In Jennifer Aniston’s Face
By Sam Ramsden
Hilary Duff's Husband Matthew Koma Has Her Name Tattooed On His Butt
By Jake Viswanath and Stephanie Downs
Prince Harry Incorrectly Recites Christina Aguilera’s “Genie In A Bottle” Lyrics
By Jake Viswanath
Harry Styles Is Performing At The 2023 Grammy Awards
By Jake Viswanath
Get Even More From Bustle — Sign Up For The Newsletter
From hair trends to relationship advice, our daily newsletter has everything you need to sound like a person who’s on TikTok, even if you aren’t.