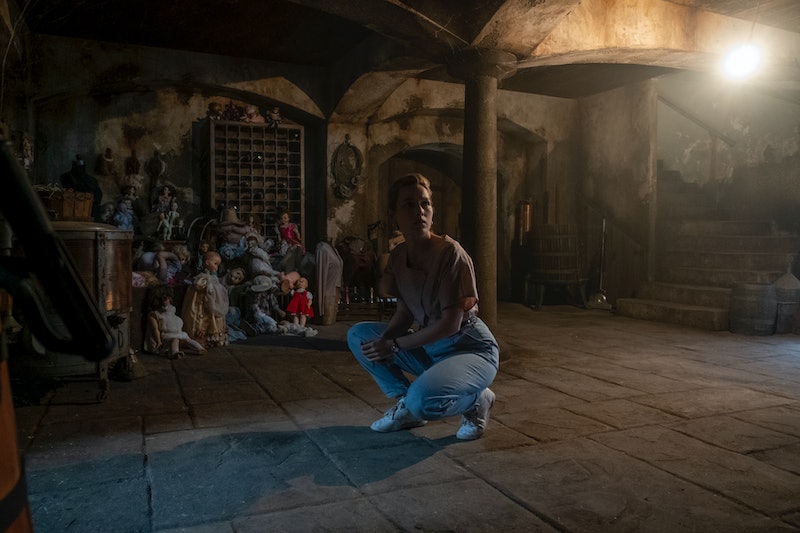 Move over, Bent Neck Lady: a new show is coming to keep you up at night and checking your closet for ghosts. Following the success ofThe Haunting Of Hill House in 2018, Netflix will premiereThe Haunting of Bly Manor this fall. The standalone series was first announced in February 2019, and details have been slowly trickling out since then. With only one month until its release, here's everything we know so far, from the premiere date to the plot, the cast, and everything in between.

When Does The Haunting of Bly Manor Premiere?

How Many Episodes Is The Haunting of Bly Manor?

While Hill House consisted of a clean 10 episodes, it appears that Bly Manor will have nine; short enough to avoid the mid-season sag that plagues many 13-episode seasons, but long enough to deliver plenty of juicy scares. Revealed episode titles range from the weirdly cheerful ("The Jolly Corner") to the appropriately dreadful ("The Altar Of The Dead") to the downright ominous ("The Way It Came").

What Is The Haunting of Bly Manor About?

The Haunting Of Hill House was inspired by Shirley Jackson's seminal 1959 horror novel of the same name, and Bly Manor is similarly inspired by a classic horror text — though its title differs from the source material. Bly Manor is based on the 1898 gothic novella The Turn Of The Screw by Henry James, which follows a governess hired to care for two creepy children at a sprawling estate. The story has been adapted to film numerous times, perhaps most famously in the 1961 film The Innocents, starring Deborah Kerr, and most recently in the critically panned 2020 film The Turning.

Who's In The Haunting of Bly Manor Cast?

How Is The Haunting of Bly Manor Connected to Hill House?

Given that it's adapted from entirely new source material, there is no actual plot connection between Hill House and Bly Manor. Think of this as Netflix's version of American Horror Story, telling different scary stories each season, often with several of the same cast members. Just like Ryan Murphy is the overall mastermind behind AHS, the other thing that connects Hill House and Bly Manor — aside from its cast — is creator Mike Flanagan. One of the masters of modern horror, Flanagan has made a name for himself directing well-regarded films like Oculus, Hush, Gerald's Game, and Doctor Sleep. Flanagan directed all 10 episodes of Hill House, and though he brought in different directors to help with Bly Manor, he still remains the chief creative mind behind the series.

How Scary Is The Haunting of Bly Manor?

If Hill House kept you up at night, then you best start preparing yourself now for Bly Manor. Flanagan promised in an August 2019 interview with BirthMoviesDeath that the new season will be "unbelievably scary" and "much scarier than Season 1." He also promised plenty of practical effects like Season 1 (which featured an entire episode filmed in a few long takes) and fun Easter eggs for the fans (like the hidden ghosts that were a fan-favorite aspect of Hill House).

Is There a Haunting of Bly Manor Trailer?

Yep! Netflix released the above teaser in late August; keep your eyes peeled (and your lights on) for a full trailer sometime in the weeks between now and Bly Manor's October premiere.