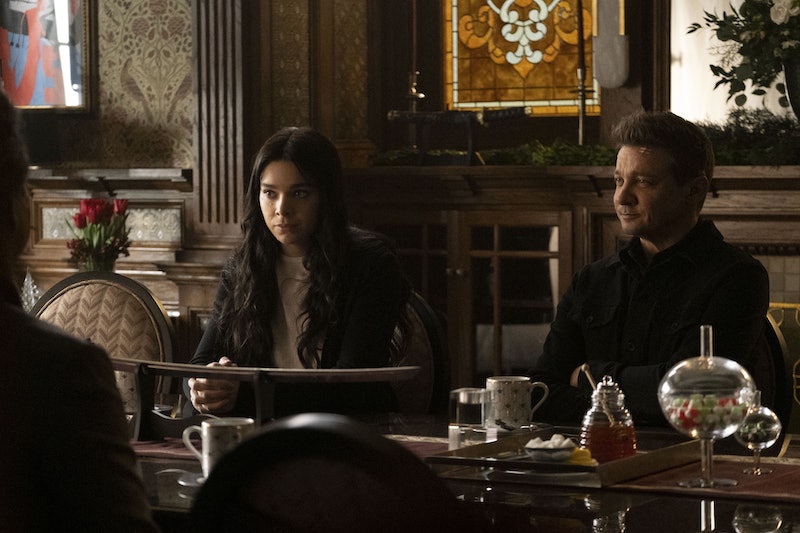 With Marvel’s Hawkeye culminating on Dec. 22, fans finally got the chance to find out how the MCU’s latest chapter came to a close. At this point in the MCU’s tenure, Marvel can pretty much do whatever it wants; I mean, there’s no reason a show about a senile archer, his overly confident sidekick, and their half-blind dog trying to survive Christmas and Russian mercenaries should work — and yet, here we are. All of this is to say, if Marvel wants to do a second season of Hawkeye, it’s going to get done.

That said, Hawkeye Season 2 hasn’t been announced. However, it’s not necessarily a cause for concern. With 2021 ushering in the MCU’s first modern foray into episodic television, shows like Wandavision, Falcon and the Winter Soldier, Loki, and What If...? all made their debuts before Hawkeye. While only two of Marvel’s streaming series were given a second season — Loki, and What If...? — their second seasons were confirmed only after their inaugural seasons finished airing.

In a recent Buzzfeed interview, Hawkeye directors Bert and Bertie spoke about a potential second season. “It’s exciting to hear fans clamoring for a Season 2,” Bertie said. “We can’t say anything. I think that’s when you know you’re doing something right and that people are really satisfied. They’ve been around for this rollercoaster and they want more. More Kate, more Yelena, more everything. It’s the Marvel Cinematic Universe, so these stories continue, right?”

Given that a second season of Hawkeye has not yet been confirmed, no release date has been announced, either. Unfortunately, looking at other MCU series for Disney+ doesn’t give any clear clues. The streamer still hasn’t made Season 2 premiere dates for Loki or What If...? public. All we know is that Loki, which debuted in June, will reportedly film its second season sometime in 2022 or even 2023, while What If...?, which released in August, already has its next installment in the works.

Whether or not Hawkeye returns, it’s more than likely that some favorites from the series will be sticking around for a while. Marvel boss Kevin Feige previously mentioned that Disney+ will serve as a launching pad for new characters to be introduced into the universe. “Some characters we’ve announced — like She-Hulk, Ms. Marvel, and Moon Knight — you will meet for the first time on a Disney+ show and then they’ll go into the movies, but the MCU will now go back and forth,” he said, per Collider. It stands to reason then that favorites like Kate Bishop (Hailee Steinfeld) and Yelena Belova (Florence Pugh) could be mainstays for years to come. In fact, Echo (Alaqua Cox) is already confirmed to have her own series in the works.

In much the same way that Black Widow served as a ceremonial baton passing from Scarlett Johansson to Florence Pugh, Hawkeye certainly feels like similar changing of the guard. Ultimately the series may not get a second season, but given Kate Bishop’s introduction to the MCU, it stands to reason that we’ll have plenty more archery adventures, just maybe not centered around Clint.

Meanwhile, it sounds like Steinfeld is committed to the MCU going forward. “This feels so crazy to me right now just sitting here with this group of people,” she stated during a Hawkeye press junket in November, as reported by Inside the Magic. “I’m so grateful to be a part of this show and this universe, and it’s only the beginning.” Of course, we’ll have to wait until the finale to learn just exactly how she’ll fit into the rest of the MCU.

This post will be updated with additional plot and cast details as more information on Hawkeye Season 2 becomes available.

More like this
The 'Freeridge' Cast Shared Their Hopes For A Potential Season 2
By Grace Wehniainen
Everything To Know About 'The Real Housewives Ultimate Girls Trip' Season 4
By Jake Viswanath
Everything To Know About 'Cobra Kai' Season 6
By Brad Witter
A 'Terminal List' Sequel & Spinoff Are Reportedly In The Works
By Kadin Burnett and Grace Wehniainen
Get Even More From Bustle — Sign Up For The Newsletter
From hair trends to relationship advice, our daily newsletter has everything you need to sound like a person who’s on TikTok, even if you aren’t.