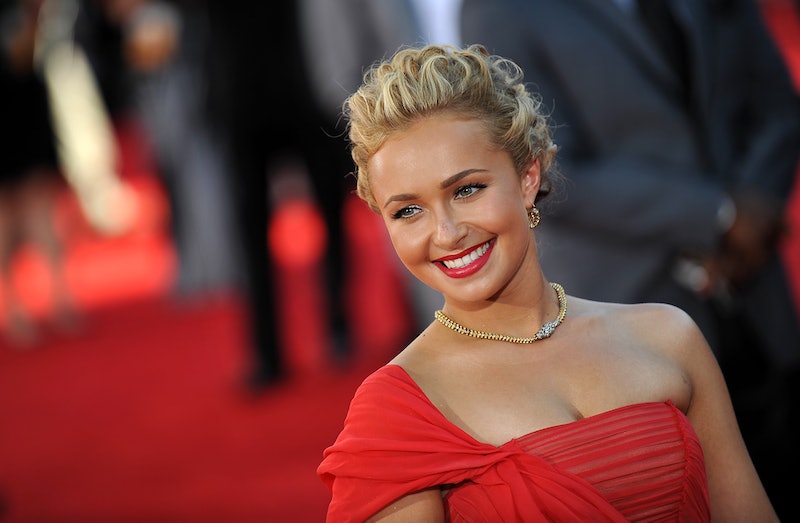 Hayden Panettiere is opening up about her journey to sobriety. The Nashville star revealed to PEOPLE that she had been dependent on opioids and alcohol for years, which played into her struggles with postpartum depression. “I was on top of the world and I ruined it,” she said. “I’d think I hit rock bottom, but then there’s that trap door that opens.”

Panettiere revealed that when she was only 15 years old, a member of her team offered her “happy pills” to help her appear “peppy” for red carpet interviews. “I had no idea that this was not an appropriate thing, or what door that would open for me when it came to my addiction,” she recalled. As she started drinking alcohol and taking pills more frequently, her role as cheerleader Claire Bennet on Heroes kept her composed. “My saving grace is that I couldn’t be messy while on set and working,” she said. “But things kept getting out of control [off set]. And as I got older, the drugs and alcohol became something I almost couldn’t live without.”

After having her daughter Kaya with ex-boyfriend Wladimir Klitschko in 2014, her role on Nashville “hit close to home” as her character Juliette Barnes started to mirror her struggles. “I could relate to a lot of those storylines like the alcoholism and postpartum depression,” she said. While she sought treatment for her depression, her reliance on alcohol and opioids only grew. “I would have the shakes when I woke up and could only function with sipping alcohol,” she added.

When Nashville ended in 2018, Panettiere made the decision to send Kaya to live with Klitschko in his home country of Ukraine. “It was the hardest thing I ever had to do,” she said. “But I wanted to be a good mom to her — and sometimes that means letting them go.” Eventually, her drinking caused her to be hospitalized for jaundice, and she went to rehab for eight months.

During this time, Panettiere started dating Brian Hickerson, leading to a four-year on-and-off relationship which turned abusive in 2019 when he was charged with domestic violence and she was given a protective order against him. In July 2020, Hickerson was arrested once again on eight domestic violence charges, including felony assault, and she issued a statement alleging that he was abusive. “I am coming forward with the truth about what happened to me in the hope that my story will empower others in abusive relationships to get the help they need and deserve,” she said.

Now, the actor is single, sober, and preparing for her return to the silver screen, reprising her fan-favorite role of Kirby Reed in Scream 6. “This hasn’t been easy and there were a lot of ups and downs,” she said. “But I don’t regret even the ugliest things that have happened to me. I feel incredibly accomplished. And I feel like I have a second chance.”

If you or someone you know is seeking help for substance use, call the the Substance Abuse and Mental Health Services Administration National Helpline at 1-800-662-HELP (4357).