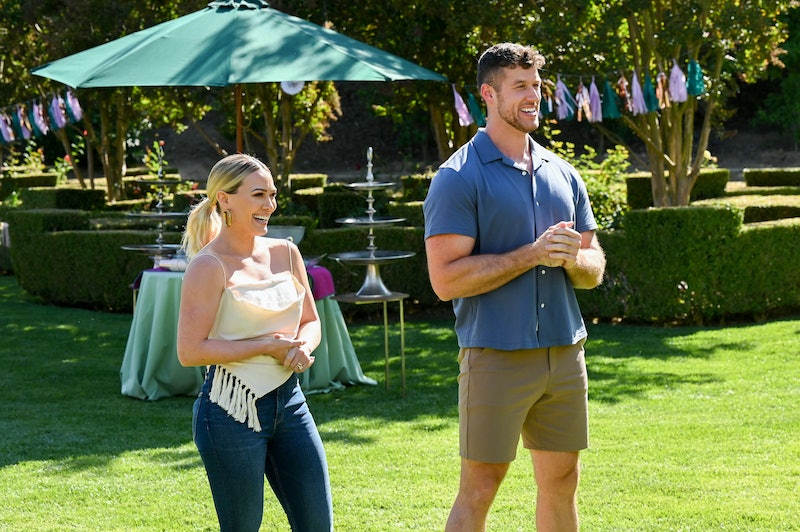 Hilary Duff is happily married with three kids — but she’s not letting that stop her from pursuing the role of a lifetime on The Bachelor. OK, she’s not actually competing for Season 26 lead Clayton Echard’s heart. Rather, she’s helping him find The One. The Jan. 10 Bachelor episode will see Duff “[enlist] the help of the ladies to throw a dream Beverly Hills birthday party,” per ABC. (Spoiler alert: “One woman is more interested in spending time with Clayton than the kids.”)

“Back on the dating scene ….. sort of,” Duff teased in a Jan. 8 Instagram post about her guest appearance. “Who will get a rose? ... I got to help Clayton look for love on #TheBachelor — career high!!! Seriously!”

Of course, this isn’t Duff’s first time dealing with romantic drama on TV. Usually she’s in character, though — facing everything from middle school dating misadventures to a more grown-up (but surely, no less messy) love life in this year’s How I Met Your Father. Duff gave the new Hulu series a shoutout in her Bachelor post, a bit of ~corporate synergy~ as The Walt Disney Company owns both ABC and Hulu.

Duff actually teased her reality gig all the way back in October — but no one could have guessed she’d be on Bachelor duty. “Some nice [hair and makeup] today for something secret,” she wrote in an Oct. 1 Instagram post, sporting the same outfit from the show’s promo photos.

Echard, the Bachelor himself, also teased the episode’s extra star power ahead of its air date. On Jan. 6, he posted two photos — one with him and Duff, and another showing him with comedian Ziwe Fumudohon, who similarly makes a cameo — and wrote that “things get...messy.” He added his thanks to the two for “helping [him] out!”

Such is Duff’s power that even viewers outside of Bachelor Nation responded to her Jan. 8 post to share their plans to watch her episode. “This is the first and only time I will watch the Bachelor,” wrote one commenter. Another shared, “The only reason I will be watching.”

Once Duff sees Clayton through the drama of group date No. 1, Ziwe is set to take over for the second outing — because who better than the hilariously observant comedian “to help Clayton spot potential red flags among his bachelorettes”?

More like this
Zach Reveals The Chaotic 30 Minutes That Were Cut From ‘The Bachelor’ Premiere
By Grace Wehniainen
Hannah Ann Got Engaged 3 Years After 'The Bachelor' & The Proposal Was Dreamy
By Grace Wehniainen
'Bachelorette' Vet Clare Crawley Unveiled 2 Special Wedding Day Accessories
By Stephanie Topacio Long
Bachelor Zach’s “Dream Job” Has Nothing To Do With His Work In The Tech Industry
By Brad Witter
Get Even More From Bustle — Sign Up For The Newsletter
From hair trends to relationship advice, our daily newsletter has everything you need to sound like a person who’s on TikTok, even if you aren’t.