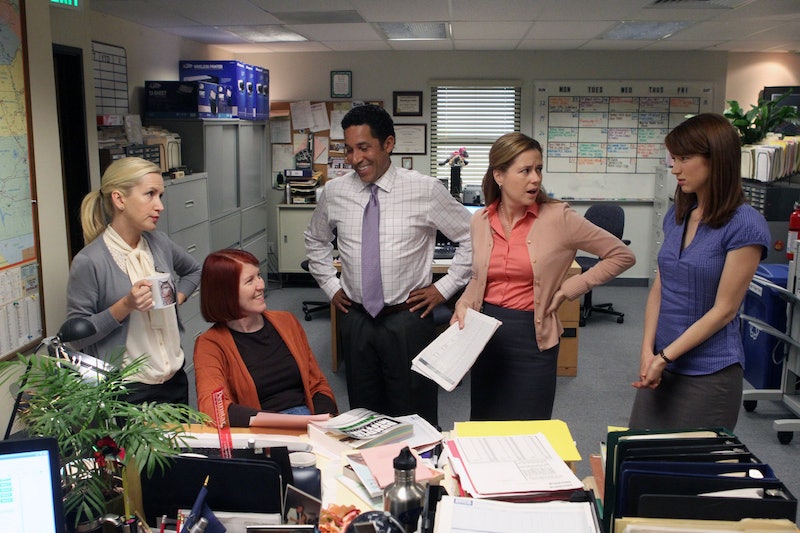 If you have an immediate answer for which character you most identify with from The Office, Friends, or Mean Girls, then you're likely familiar with the pop culture-based personality tests largely popularized by BuzzFeed. We all take them, especially millennials, and apply the results to our lives — if they fit. If they don't align with how we see ourselves, well, then we retake them until they do. But why are we so obsessed with identifying ourselves within the media we consume?

It all comes down to the concept of narrative identity. Dan McAdams (Northwestern University) and Kate McLean (Western Washington University) define it as "a person's internalized and evolving life story, integrating the reconstructed past and imagined future to provide life with some degree of unity and purpose." While past generations would perhaps construct their narrative identity through religious figures, gender norms, hometown traditions, etc., millennials often don't subscribe to such traditional social connections. They tend not to settle in their hometowns, they take longer to commit to long-term relationships, and they're far more likely than baby boomers to identify with a gender or practice a religion — all of which rings true for Gen Z, too. Millennials also grew up consuming more media than any other generation. They've formed bonds with their favorite characters and the actors behind them, otherwise known as Parasocial relationships.

And why do we have to take it a step further? Why do we need to see ourselves in the characters we watch? Can't we seek out personality connections in our real lives? Bustle's Pop Psych video series, which explores the relationship between pop culture and psychology, has all the answers you need. In the latest episode, we explore why we crave onscreen counterparts to our personalities. If you and a friend have ever agonized over which Olsen twin you're most like, then this one's for you.