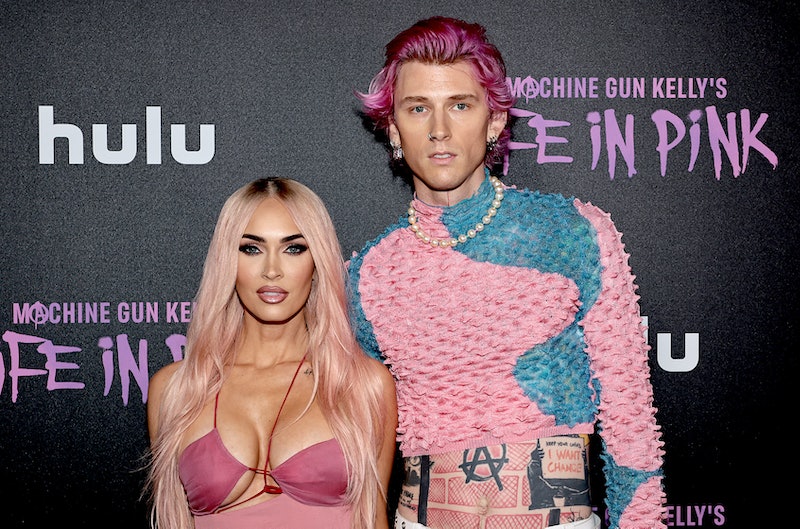 Joining the ranks of musicians who’ve had documentaries made about them – think Justin Bieber, Olivia Rodrigo, Kanye West, and Taylor Swift — is Machine Gun Kelly. Of course, Colson Baker is never far from the headlines (given the outrageous and entertaining tales that come from his relationship with fiancé Megan Fox) but the new Hulu documentary, Machine Gun Kelly’s Life In Pink, looks back at the star’s rise to music and film stardom, shifting the focus back to his career. But can you stream Machine Gun Kelly’s Life In Pink in the UK?

As a Hulu documentary, it’s exclusively available via Hulu’s streaming platform, or platforms with Hulu streaming rights. Direct Hulu subscriptions are only available for U.S. viewers, right now. But, Disney+ have their own roster of Hulu content for UK viewers. So in short, yes, you can watch Machine Gun Kelly’s Life In Pink in the UK if you have a Disney+ subscription.

Produced by Sam Cahill and executive produced by MGK himself, the documentary is billed as a “backstage pass” into the “chaotic world of his meteoric success.” Expect everything from red carpet glam moments, to Machine Gun Kelly’s mental health struggles, a deep exploration of his childhood trauma and his relationship with his daughter Casie Baker.

In the trailer, MGK recounts an incident in his hometown of Cleveland, saying: “I got a gun pulled on me right here, and I was like ‘You’re going to do this with my daughter in the car?’” But, of course the film has to have an undercurrent of hardcore rock lifestyle aesthetics, to really make viewers feel like they’re being let in on MGK’s inner life.